You are here: Home 2011 October John Chambers: Video, the Future of Global Communications

Cisco chief John Chambers: Video collaboration will be the productivity driver of the next decade. 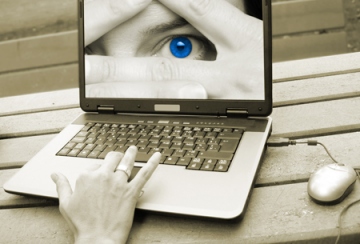 At a speech at the Oracle OpenWorld trade show Wednesday, John Chambers, Cisco’s chief executive, predicted that “video will be the platform for all forms of communication in I.T. as we go forward.” and, coincidentally, his company can sell you the hardware to deliver it.

For end users, Chambers touts his company’s Cius tablet as the future of networked business devices, saying that videoconferencing will be essential for the collaborative working practices he sees becoming the norm.

Cisco has been pushing the Cius for enterprise since its launch in June, partially on its videoconferencing functions, and the company is expected to announce an upgrade to the tablet at its collaboration summit next month. Chambers also demoed its integration into network management software, showing a video of a stereotypically pudgy network engineer giving advice about architecture.

All this requires a more effective backend, and Cisco can provide it, he claims. When Cisco built the first router capable of handling a billion calls, people said it was mad, and that it would sell seven at most. In fact, the company has sold 6,000 of them. Similarly it has sold 1,200 routers capable of handling a billion video streams, Chambers said.

It is a position which, not surprisingly, plays well to Cisco’s strategy. The more bits travel over the Internet, the more demand there is for Cisco-style routers, and few things create more bits than video. It is defensible, too: The sheer magnitude of the task of networking high-bandwidth content favors capital-rich incumbents over start-ups. Cisco, Mr. Chambers said, “no longer makes devices that are not video capable.”

But there are plenty of reasons to think Mr. Chambers has a point.

As cameras in smartphones like the new Apple iPhone 4S get better, and memory gets cheaper, there will be more video on the fly. Within the corporate world, Cisco and competitors like Polycom and Microsoft are benefiting from the growth of so-called telepresence meetings over the Web where people meet virtually through individual cameras on their desks. The “hangout” feature on Google’s Google+ social networking software is the latest version of this, and Google is working on ways to tie those video sessions to its calendar, spreadsheet and document sharing office productivity products.

Most of those are likely sensors, which don’t consume anything like the bandwidth of video. But they do add up, increasing the demand for networking gear.

What John Chambers said at Oracle OpenWorld 2011 in San Francisco

“If you look at where this is going to go you will see devices and capabilities which encompass a whole new generation of collaboration, and video is the killer application.”

“The need for productivity and the proliferation of mobile devices is moving the industry beyond information technology to a networked architecture facilitating ‘business technology’.”

“It is the ability of innovation, combined with process change, with cultural change that will probably drive productivity at companies at five or ten per cent per year.”

“When you think of the economy of the future it will be q networked economy. It will not be about processing data. It will be about the relevance of data which you can quickly access when you need it. It will be about bringing expertise to bear for your opportunities and challenges.”