You are here: Home 2011 October OpenFlow and SDN, the Networking’s Future?

The future of networking will be defined by software.   — PALO ALTO, Calif. 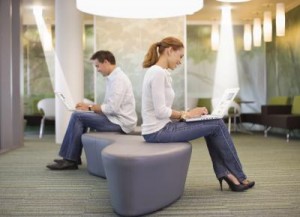 That was the overriding theme after the first day of the inaugural Open Networking Summit, a conference dedicated to software-defined networking (SDN) and OpenFlow, the open source API defined to enable multivendor switches and routers to be programmable.

Heavy on technology and light on marketing, the Open Networking Summit was put together by host Stanford University — where OpenFlow has its roots — and the Open Networking Foundation (ONF), an organization formed earlier this year to standardize OpenFlow and SDN. And it played to a sold-out crowd of engineers from Web companies like Google, Facebook and Yahoo as well as service providers, systems vendors, startups and academia.

When first proposed, the organizers of the Open Networking Summit expected about 100 registered attendees and a smattering of demonstrations. What they got was 600-plus registrants and more than 25 demos.

“This is no longer a research project,” said Dan Pitt, vice chairman of the summit and executive director of the ONF. “It enables customers and users to do things they could not do before.”

And that is, program a network as if it were a computer. OpenFlow, or any API that provides a layer of abstraction from the physical network to the control element, allows that network to be configured or manipulated through software, which then opens it up to further innovation, conference participants said.

“The value proposition … is the ability to innovate within the network for the purpose of competitive advantage,” says Martin Casado, co-founder and CTO of startup Nicira Networks, a network virtualization company. “Once you decouple layers they can evolve independently.”

SDN provides abstraction at three areas of the network: distributed state, forwarding and configuration, says Scott Shenker, a founding board member of the ONF and a professor at UC Berkeley. Abstractions are key to extracting simplicity, yet networking today is mastering complexity, he says.

“The ability to master complexity is not the same as the ability to extract simplicity,” Shenker says. “[SDN] is a major change in the paradigm — logically centralized control function. This is the beginning of the software era of networking.”

With OpenFlow/SDN, users can customize networks to local needs, eliminate unneeded features and create virtual, isolated networks, says Nick McKeown, professor of electrical engineering and computer science at Stanford. They can also increase the pace of innovation through software, instead of hardware, which will expedite technology exchange with partners and technology transfer from universities, he says.

But there are caveats, too. OpenFlow and SDNs are just making it out of research labs and into production. OpenFlow is immature and unproven in large-scale network deployments, participants at the summit said. Scale, fault tolerance and security have been questioned, and it could take years for the technology to manifest itself in any meaningful way in production environments.

And then there’s Cisco. As the leading vendor in routers and switches, Cisco may have the most to lose from the movement to SDN. Even though Cisco is a member of the ONF and plans to put OpenFlow on its Nexus switch line, according to a Cisco official’s blog, SDN could take the value proposition out of the company’s end-to-end architectural sales pitch.

David Meyer, distinguished engineer at Cisco, says the company understands the potential impact of OpenFlow/SDN and is formulating a reaction to it.

Nonetheless, enterprises and large-scale data centers, like those that belong to Yahoo, have a need for it now, says Igor Gashinsky, principal architect at Yahoo.

With a general API like OpenFlow, SDN makes the introduction of new vendor operating systems much easier, Gashinsky says. It also allows users to create plug-ins for adding features to the control plane without having to change the underlying hardware — or to enhance the hardware without changing the control plane, he says.

“This is like the move from mainframes to Linux on servers,” Gashinsky says of SDN.

How does OpenFlow work?

The technology consists of three parts: flow tables installed on switches, a controller and a proprietary OpenFlow protocol for the controller to talk securely with switches. Flow tables are set up on switches. Controllers talk to the switches via the OpenFlow protocol and impose policies on flows. The controller could set up paths through the network optimized for specific characteristics, such as speed, fewest number of hops or reduced latency.

Why is OpenFlow needed?

Vendors offer varying degrees of user programmability on their routers and switches. This can lead to limited functionality for traffic engineering and management, or inconsistent traffic management between equipment from multiple vendors. OpenFlow is designed to provide consistency in traffic management and engineering by making this control function independent of the hardware it’s intended to control.