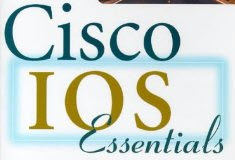 IOS is a package of routing, switching, internetworking and telecommunications functions tightly integrated with a multitasking operating system.

Cisco IOS is versioned using three numbers and some letters, in the general form a.b(c.d)e, where:

a is the major version number.

b is the minor version number.

c is the release number, which begins at one and increments as new releases in the same a.b train are released.

d (omitted from general releases) is the interim build number.

Most Cisco products that run IOS also have one or more “feature sets” or “packages”, typically eight packages for Cisco routers and five packages for Cisco network switches. For example, Cisco IOS releases meant for use on Catalyst switches are available as “standard” versions (providing only basic IP routing), “enhanced” versions, which provide full IPv4 routing support, and “advanced IP services” versions, which provide the enhanced features as well as IPv6 support.

I have connected my switch via console cable, I have set up a tftp server on my PC when I try to update the ios it keeps timing out.

A: First, your computer with the tftp server and the switch need to be connected via the network. When the switch pulls the image, it’s not through the console cable, but rather an ethernet port.

Second, your new IOS image needs to be in the correct folder on your local hard drive so the tftp server can reach the file and serve it to clients that ask. This varies greatly by tftp server, so I can’t give you clear directions for how to do this.

Third, your switch needs an IP address assigned to a vlan interface. Typically, vlan 1 is used, but more advanced users can use a different one. The configuration usually looks like:

To do a little troubleshooting, try pinging your computer from the switch and then ping the switch from your computer. Due to firewalls, this may or may not work, but it’s a good tool.

Q: How I can install IOS into cisco switch 3560 series?

A: The first thing you need to do is recover the password so you can “enable” privileged mode – you need to “break” as the switch is about to load…

1/ Put the new IOS onto a tftp server (if you don’t have one, google for “tftp server free download”).

2/ Get the switch onto the same network as your tftp server.