You are here: Home 2012 May Cisco Cius, No Further Observation

Cisco has revealed its plans to cull its Android-based Cius tablet just under a year after launching the enterprise-only product. Cisco said the rise of bring-your-own-device trends in the enterprise was behind its decision to kill the tablet, which ran the ageing Android 2.2.2 Froyo.

“Cisco will no longer invest in the Cisco Cius tablet form factor, and no further enhancements will be made to the current Cius endpoint beyond what’s available today,” OJ Winge, senior vice president of Cisco’s telepresence group. 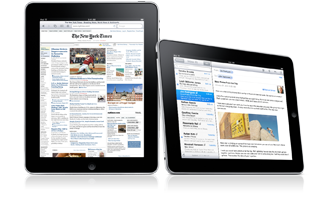 “However, as we evaluate the market further, we will continue to offer Cius in a limited fashion to customers with specific needs or use cases.”

In Australia, the Cius was sold through Telstra, which was working with Cisco on delivering a mobile network device.

Cisco pitched the ‘collaboration device’ at enterprises seeking security and control over applications, providing the tools to, for example, block access to the official Android application store.

Businesses could use Cisco’s own store, AppHQ, or launch a custom app store hosted by Cisco.

The Cius debuted in July 2011, a few weeks after Cisco announced it would clip its workforce by 10 percent and undergo a restructure, which had already seen it ditch its its consumer-focused Flip line of handheld video cameras.

Cisco is no stranger to killing mobile products, having last shelved its Flip consumer camera.

Cisco purchased the Flip video business from Pure Digital in 2009 for US$590 million, before abandoning the brand in 2011, citing a refocusing of its efforts around five main areas: core routing; switching and services; collaboration; architectures; and video.

Cisco, Confident of Its Cius Tablet in the Coming New Year

Cisco: Updates for WebEx, Jabber to Push Beyond PC-Based Collaboration