You are here: Home 2012 May How to Create an Inter-only VLAN on a Router?

VLAN (Virtual Local Area Networks) allow network switches to separate traffic based on a logical identifier, known as a VLAN ID. When used in conjunction with a router that supports sub- interfaces, a VLAN can be create that only allows users to access the Internet and no other resources on the network. The router can be configured to differentiate among devices connected on the Internet-only and other traffic arriving on the same physical connections, using access lists and routing tables to prevent the former from communicating with the latter 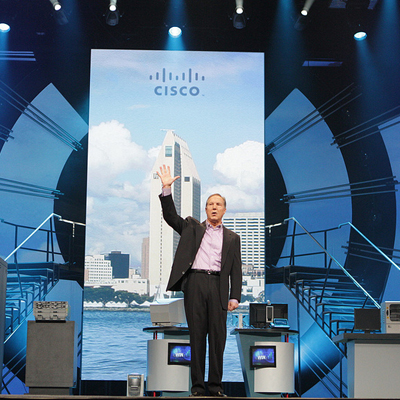 How to Create an Internet Only VLAN on a Router? Follow the steps…

1. Plan your network. You will need two separate, non-overlapping Internet Protocol (IP) address spaces for each network. The most common private address space is 192.168.y.x, with a subnet mask of 255.255.255.0 (where “Y” is a static number from 1 to 254 and X is the number that will be assigned to each individual host).

2. Connect to your router. On a Cisco router, this will either involve a telnet session to its administrative IP address or a direct connection from the serial port on your PC to the console port on the router. Other, consumer-level routers might use a Web interface that you access by typing its administrative IP into a Web browser. Check with the manufacturer for specific instructions on accessing their configuration interface.

3. Configure virtual sub-interfaces on the physical port connecting from the switch to the router. On a Cisco router, you will do this by entering the configuration mode for the interface (e.g.: “int ethernet0”) and then entering the sub-interface by typing “int [interface name][interface number].[vlan id]” (e.g. “int e0.1”).

6. Configure routing tables for each VLAN network. Ensure that the Internet-only VLAN has a default route (0.0.0.0) that points to the port in the router connected to the internet. In a Cisco router, you issue this command in global configuration mode by typing “ip route 0.0.0.0 0.0.0.0 [interface or IP address of next ‘hop’]”

8. Apply the access list to the Internet-only sub-interface. In Cisco routers, you can do this by going into the interface configuration mode and issuing the command “access-group [ACL number/name] [in/out].”

With all the different VLAN numbers and address, it is good to develop a system for consistency. Consider making the network number and VLAN ID the same, tying VLAN 2, for example, to the network 192.168.*2*.0. This way, you’ll know that hosts with a 192.168.2.x address are members of VLAN 2.

With Cisco routers, you can add comments to the sub-interface by issuing the “description [text]” or “remark [remark]” commands. This way, when you or another person has to work with the router configuration, they can get a clear description of what the sub-interface was designed to achieve (e.g. “description: This is the Internet-only VLAN”)

Cisco routers are some of the most common in the U.S.; however, many manufacturers provide access to these same configuration options through Web interfaces with pull-down menus and text boxes. Check with the manufacturer of you router to verify the best way to issue these commands.

Make sure that the port connecting the switch to the router is set as a VLAN trunk. If the port on the switch is not a trunk, it won’t forward any data frames from VLANs outside of the one to which are it assigned.

Simple Steps to Create a Non-Routed VLAN on Cisco Switch

LAN and VLAN on a Cisco Switch