Many of the routing protocols implemented in Cisco’s IOS require a number to follow the command that enables the routing protocol in question. For example: “router eigrp 1,” “router bgp 1” or “router ospf 1”. If you’re new to routing, these numbers can be a little confusing, as they mean something different to each protocol. The quick explanation and general guidelines are as follows: 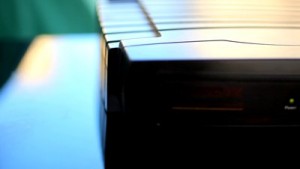 EIGRP, which is an interior gateway protocol, uses this number so that it makes sure it onlytalks to other EIGRP speakers that are in the same AS. For instance, if you have two routers, one with “router eigrp 1” and one with “router eigrp 2,” then they would not form an adjacency. This could be important in the event that your organization merges with another. Hopefully, you aren’t both using the same EIGRP AS, otherwise any overlapping IP space (e.g. 192.168.0.0) you have will cause a real problem. Of course, in your network, all the routers need the same AS number, which can generally be anything from 1 to 65535.

With BGP, the AS number is commonly “registered,” where it is unique in the world, or it can be taken from the private pool, which can be repeated within each organization just like theRFC1918 IP addresses (e.g. 10.0.0.0/8). However, with EIGRP the ASN needs to be the same throughout the domain.

And in OSPF, the router number is only used locally on the router to identify an OSPF process to the CPU. Which is to say, you could have Router A be OSPF 1 and Router B configured as OSPF 2, and it won’t make any difference whatsoever. They’ll communicate with each other just fine.

You could then put different network statements under each process. These processes would all dump the routes they learn into the same routing table, but routes learned on OSPF 1 wouldn’t be advertised to OSPF 2’s neighbors automatically. For this to happen, you’d have to redistribute OSPF 1 into OSPF 2, etc.

So to summarize, choosing an AS number for BGP is very important. For EIGRP, the number isn’t usually important, so long as you use the same number across the domain. For OSPF, it’s not important at all, unless you need to run multiple instances of OSPF on a single router. However, for consistency’s sake, a best practice would be to number all the processes the same across all your routers.

Note: Article written by Tom Lancaster (CCIE# 8829 CNX# 1105, is a consultant with 15 years’ experience in the networking industry, and co-author of several books on networking, most recently, CCSP: Secure PIX and Secure VPN Study Guide published by Sybex.) from https://searchnetworking.techtarget.com/tip/Router-numbers