Preface: The Wi-Fi Alliance announces its Wi-Fi Certified ac certification program, which aims to guarantee the interoperability of 802.11ac-enabled devices regardless of their hardware vendors or type of clients.

certifying 802.11ac products with its Wi-Fi Certified 11ac program for such networking devices as routers and adapters, as well as smartphones, notebooks, tablets and other computing devices, to ensure that these 802.11ac-based products will work with other WiFi products from various vendors.

The IEEE is still working to ratify the 802.11ac standard, and it could take until early next year for final ratification to happen. However, networking vendors for the past year have been rolling out 802.11ac-capable products. For example, Cisco Systems in April unveiled an 802.11ac module for its Aironet 3600 Series access point, while Aruba Networks in May introduced its new Aruba 220 Series access points built specifically for the 802.11ac standard.

Through the certification process, the WiFi Alliance will ensure that not only will these myriad 802.11ac-capable products interoperate with each other, but also with wireless products that have come out over the previous years, according to Kevin Robinson, senior marketing manager for the WiFi Alliance.

Market transitions such as cloud computing, high-bandwidth applications like video, IT mobility and bring your own device (BYOD), are fueling demand for greater speed and bandwidth from wireless networks. In addition, broadband carriers are continuing to look to offload traffic onto WiFi networks where possible to reduce the crushing demand on their networks.

Cisco, in its Visual Networking Index released in February, forecasted that mobile data traffic will increase by 13 times by 2017, driven by the expected rapid growth in the number of mobile users, Internet connections and mobile video.

The WiFi Alliance found that the use of WiFi is growing significantly. The number of WiFi devices in U.S. households has doubled over the past five years, and on average there are four devices connected to the home WiFi network during peak usage times, according to a recent study released by the group. In addition, 60 percent of the study’s respondents indicated they are using WiFi for multimedia applications more now than three years ago.

The 802.11ac standard—also called 5G WiFi—will bring significant improvements over the current 802.11n standard, including up to three times the speeds. It also will allow for greater network capacity, which will mean more devices can be connected to the network without impinging too much on performance, according to the WiFi Alliance’s Robinson.

In addition, 802.11ac will work in two bands—the 2.4GHz band WiFi now works in, and the 5GHz band, where users can get a higher data rate. Robinson said most products that are certified for 802.11ac will be able to operate in both bands, and to support WiFi Certified n products. The idea is that devices will use the less crowded 5GHz band for high-performance applications, and the 2.4GHz band for more basic needs, according to the WiFi Alliance.

“We will be accelerating the shift to dual-band networking,” he said.

The first WiFi Certified ac products will be available in the second half of the year. The first 10 certified products come from a range of vendors, including Intel, Broadcom, Qualcomm, Marvell, MediaTek and Realtek. 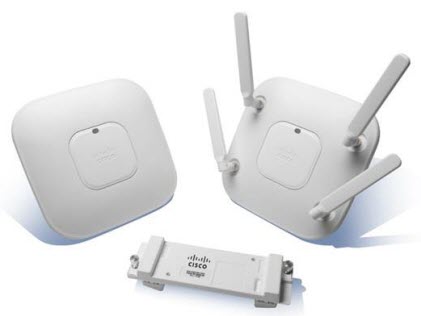