You are here: Home 2018 January Comparison of the POE Functionality between Cisco SMB (200, 300, and 500 Series) and Catalyst Switches

Differences between POE function on Cisco SMB and Catalyst Switches

The main differences between the Cisco 200, 300 and 500 series of switches 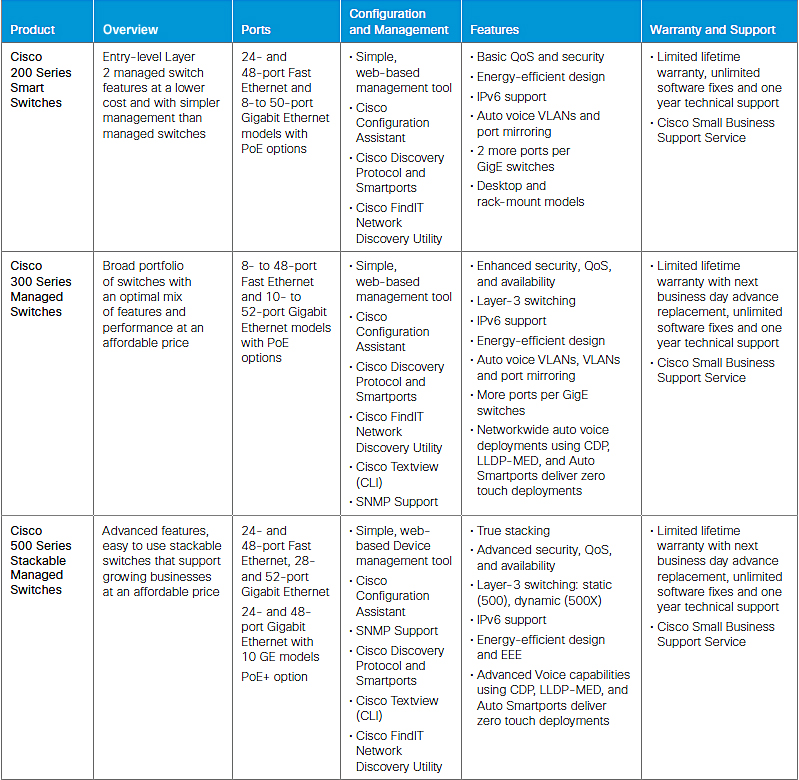