You are here: Home 2018 February Why You Should Jump into the Server Virtualization Game? Top 10 Benefits… 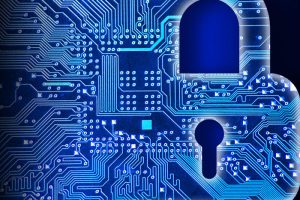 Server virtualization provides efficiencies and capabilities that just aren’t possible when constrained within a physical world. And while server virtualization has continued to mature and advance itself, some virtualized organizations are still not taking full advantage of the offering–stalling their virtual environment at something far less than the 100 percent virtualized data center of the hard-core virtual administrator.

There are many benefits to an IT organization or business when choosing to implement a server virtualization strategy.

Yes, the cloud! You knew it was coming at some point in this list, didn’t you? As much as you think you’ve been talked to death about virtualizing your environment, that probably doesn’t even compare to the amount of times in the last year alone that you’ve had someone talk to you about joining “the cloud.” The good news here is that by virtualizing your servers and abstracting away the underlying hardware, you are preparing yourself for a move into the cloud. The first step may be to move from a simple virtualized data center to a private cloud. But as the public cloud matures, and the technology around it advances and you become more comfortable with the thought of moving data out of your data center and into a cloud hosting facility, you will have had a head start in getting there. The journey along the way will have better prepared you and the organization.

You probably have old legacy applications still running in your environment. These applications probably fit into one or more of these categories: It doesn’t run on a modern operating system, it may not run on newer hardware, your IT team is afraid to touch it, and chances are good that the person or company who created it is no longer around to update it. By virtualizing and encapsulating the application and its environment, you can extend its life, maintain uptime, and finally get rid of that old Pentium machine hidden in the corner of the data center. You know the one, it’s all covered in dust with fingerprints from administrators long gone and names forgotten.

In the physical world, data centers typically moved to a “one app/one server” model in order to isolate applications. But this caused physical server sprawl, increased costs, and underutilized servers. Server virtualization provides application isolation and removes application compatibility issues by consolidating many of these virtual machines across far fewer physical servers. This also cuts down on server waste by more fully utilizing the physical server resources and by provisioning virtual machines with the exact amount of CPU, memory, and storage resources that it needs.

Virtualization offers an organization three important components when it comes to building out a disaster recovery solution. The first is its hardware abstraction capability. By removing the dependency on a particular hardware vendor or server model, a disaster recovery site no longer needs to keep identical hardware on hand to match the production environment, and IT can save money by buying cheaper hardware in the DR site since it rarely gets used. Second, by consolidating servers down to fewer physical machines in production, an organization can more easily create an affordable replication site. And third, most enterprise server virtualization platforms have software that can help automate the failover when a disaster does strike. The same software usually provides a way to test a disaster recovery failover as well. Imagine being able to actually test and see your failover plan work in reality, rather than hoping and praying that it will work if and when the time comes.

Most server virtualization platforms now offer a number of advanced features that just aren’t found on physical servers, which helps with business continuity and increased uptime. Though the vendor feature names may be different, they usually offer capabilities such as live migration, storage migration, fault tolerance, high availability, and distributed resource scheduling. These technologies keep virtual machines chugging along or give them the ability to quickly recover from unplanned outages. The ability to quickly and easily move a virtual machine from one server to another is perhaps one of the greatest single benefits of virtualization with far-reaching uses. As the technology continues to mature to the point where it can do long-distance migrations, such as being able to move a virtual machine from one data center to another no matter the network latency involved, the virtual world will become that much more in demand.

While not always a bad thing, sometimes being tied down to one particular server vendor or even one particular server model can prove quite frustrating. But because server virtualization abstracts away the underlying hardware and replaces it with virtual hardware, data center managers and owners gain a lot more flexibility when it comes to the server equipment they can choose from. This can also be a handy negotiating tool with the hardware vendors when the time comes to renew or purchase more equipment.

As a data center administrator, imagine being able to provide your business units with near instant-on capacity when a request comes down the chain. Server virtualization enables elastic capacity to provide system provisioning and deployment at a moment’s notice. You can quickly clone a gold image, master template, or existing virtual machine to get a server up and running within minutes. Remember that the next time you have to fill out purchase orders, wait for shipping and receiving, and then rack, stack, and cable a physical machine only to spend additional hours waiting for the operating system and applications to complete their installations.

After completing a server consolidation exercise in the data center, why not donate that hardware to a QA group or build out a lab environment? Virtualization allows you to easily build out a self-contained lab or test environment, operating on its own isolated network. “If you don’t think this is useful or powerful, just look to VMware’s own trade show, VMworld. This event creates one of the largest public virtual labs I’ve ever experienced, and it truly shows off what you can do with a virtual lab environment. —David Marshall”. While this is probably way more lab than you’d ever actually need in your own environment, you can see how building something like this would be cost prohibitive with purely physical servers, and in many cases, technologically improbable.

This one goes hand in hand with the previous benefit. In addition to saving more of your company’s green with a smaller energy footprint, server consolidation with virtualization will also reduce the overall footprint of your entire data center. That means far fewer servers, less networking gear, a smaller number of racks needed–all of which translates into less data center floor space required. That can further save you money if you don’t happen to own your own data center and instead make use of a co-location facility.

Maybe you aren’t a “save the whales” or “tree hugging” type of person. That’s cool. But seriously, who isn’t interested in saving energy nowadays? Migrating physical servers over to virtual machines and consolidating them onto far fewer physical servers means lowering monthly power and cooling costs in the data center. This was an early victory chant for server virtualization vendors back in the early part of 2000, and it still holds true today.

What benefits have you gained beyond this list? And what else?

Predictions for the Enterprise Storage Market in 2018