You are here: Home 2021 January What is the OXC (Optical Cross-Connect)?

We know that the optical network is the cornerstone of modern communication networks.

Without the support of a powerful optical network, large bandwidth and low latency application scenarios including 8K video, VR/AR, smart factories, smart cities, and smart transportation cannot be perfectly realized. 5G and F5G will not work either. 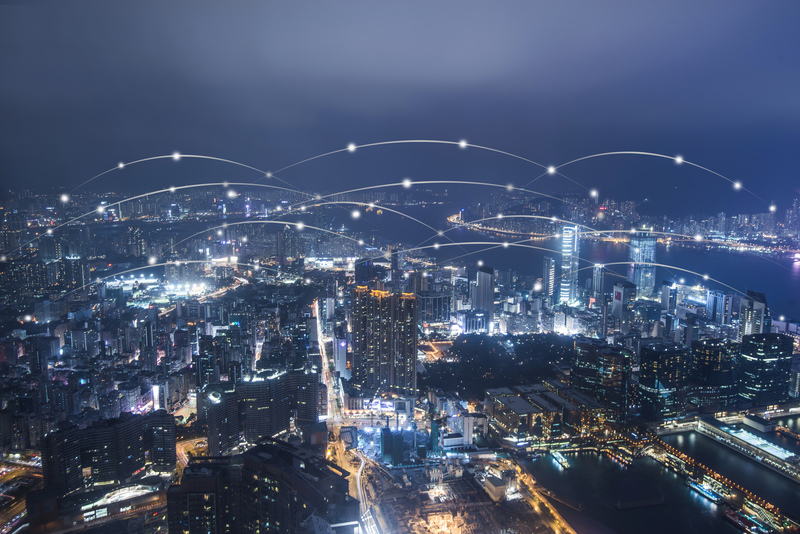 Why do we need the OXC?

ROADM evolves to CDC-F ROADM, basically realizing extremely strong optical switching capabilities. However, it is still not the ultimate solution for all-optical networks.

ROADM has some problems. One of the biggest problems is the complexity of fiber connection.

The System Structure of ROADM

ROADM usually connects optical fibers one by one according to business expansion. Over time, the plan may change, or the network needs to be adjusted, and optical fibers will continue to be added.

Over time, the fiber connecting becomes chaotic and difficult for operation and maintenance. With ROADM, the number of racks is relatively large, and it takes up a large space.

As a result, a better and more suitable all-optical switching technology was pushed to the front, that is, OXC.

What is the OXC?

Like ROADM, OXC is also an optical transmission device that can exchange optical signals between different optical paths.

The concept of OXC actually existed as early as around 2000. In a sense, ROADM is a special implementation of OXC, and OXC includes ROADM.

We will explain with the architecture of Huawei‘s OXC equipment. 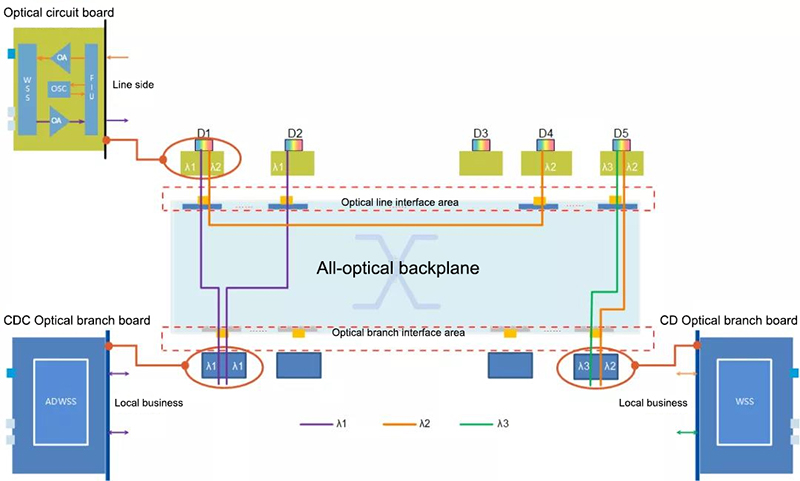 A Figure from Huawei

Generally speaking, each slot of the circuit board corresponds to one direction. After the optical signal enters, it is “disassembled” into N wavelength signals through WSS (Wavelength Selective Switch).

In principle, the LCoS solution uses phase-controlled wavelength selection, no mechanical vibration, no optical amplification for upper and lower waves, and a direction dimension of up to 32 dimensions, achieving super large crossover capacity and lower power consumption.

Optical backplane is an important difference between OXC and ROADM, and has a high technical content. It is equivalent to printing many optical fibers on a piece of paper to realize optical connection. 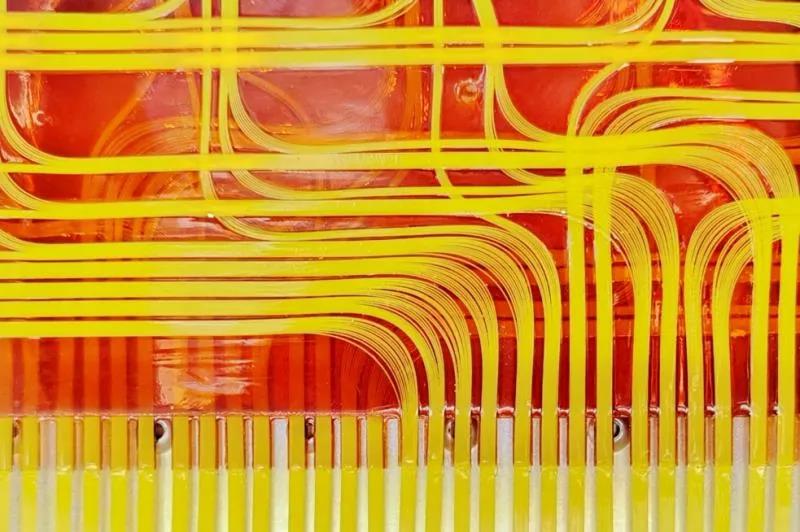 An Enlarged Figure of Optical Backplane

After the wavelength optical signal comes out of the optical backplane, it enters the optical tributary board, and an N×M WSS is constructed by adding a level of LCoS crystal plane adjustment.

What is the difference between OXC and ROADM?

OXC is very similar to ROADM, except that OXC introduces hardware such as an optical backplane, which replaces the internal optical fiber box, and realizes the fiber-free connection in the rack, and “0” fiber jumper, thus avoiding human operation errors and improving system reliability.

OXC also brings more flexible configuration capabilities. Based on OXC and its switching matrix, engineers only need to perform data configuration (wavelength configuration) through the network management, and then they can quickly open the service (minute level).

The above is the architecture and characteristics of OXC.

If you have other opinions, welcome to leave your comment.

Why is GPON Popular On the Fiber Optics Market?