You are here: Home 2011 July World IPv6 Day, Some Stories Related to IPv6

World IPv6 day, which took place on 8 June 2011, was a global-scale test flight of IPv6 sponsored by the Internet Society. On World IPv6 Day, major web companies and other industry players came together to enable IPv6 on their main websites for 24 hours. The goal was to motivate organizations across the industry — Internet service providers, hardware makers, operating system vendors and web companies — to prepare their services for IPv6 to ensure a successful transition as IPv4 address space runs out. 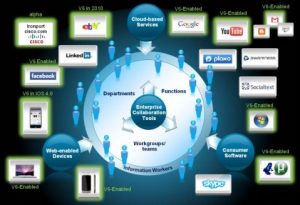 World IPv6 Day acted as a focal point to bring existing efforts together. For the first time, players from all parts of the industry were able to work towards the common goal of enabling IPv6 at a large scale with minimal disruption. By acting together, ISPs, web site operators, OS manufacturers, and equipment vendors were able to address problems, such as IPv6 brokenness in home networks and incomplete IPv6 interconnection. Also, on the day itself, any global scalability problems could be found in a controlled fashion and resolved cooperatively.

Results reflected by some of the larger companies who were tested

Cisco and Google reported no significant issues during the test. Facebook called the results encouraging, and decided to leave their developer site IPv6-enabled as a result. But the consensus was that more work needed to be done before IPv6 could consistently be applied.

“We saw over 1 million users reach us over IPv6,” blogged Facebook senior network engineer Donn Lee. “We’re pleased that we did not see any increase in the number of users seeking help from our Help Center. The estimated 0.03% of users who may have been affected would have experienced slow page loads during the test.”

“We carried about 65% more IPv6 traffic than usual, saw no significant issues and did not have to disable IPv6 access for any networks or services,” he wrote on the official Google blog. “Over the next few weeks, we’ll be working together with the other participants to analyze the data we’ve collected, but, at least on the surface, the first global test of IPv6 passed without incident.”

With World IPv6 Day, companies that would ordinarily compete grouped together to highlight this looming problem. Google had predicted that about 0.05% of internet users would find themselves unable to connect to its services, most likely due to old, poorly configured home routers. So selecting a suitable router for home, SOHO and enterprise is also a key step to IPv6.

It is no doubt that IPv6 is revolutionary, and IPv6 allows us to do more preparation for it. And like other technical recreation, all of us need to consider every aspect related to IPv6 while joining in it.