You are here: Home 2011 August How to Operate Cisco IOS Router? 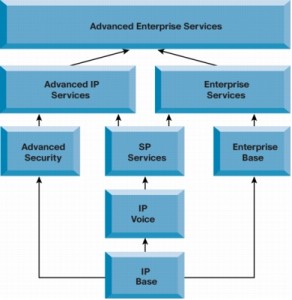 How to connect to a Router in order to configure it:

You can connect to a Cisco IOS Router either directly or remotely. For the first time when the device is not configured yet, you usually connect directly with a console cable via the CON port or remotely by dialing into a modem connected to the AUX port. These are called “out-of-band” connection methods. After you configure the router and assign IP addresses to its interfaces, you can connect to the router from the network with an “in-band” connection method using Telnet or SSH.

After connecting to a Cisco Router (let’s say using a console), you are presented with the Command Line Interface in which you type and enter configuration commands. After typing a command, you press enter and the command is automatically active on the device. For example using the “shutdown” command on an interface automatically disables the interface. Now, there are two Router Configuration Modes (or access modes):

Routers are generally known as intermediate systems, which operates at the network layer of the OSI reference model, routers are devices used to connect two or more networks (IP networks) or a LAN to the Internet.

There are all types of Cisco equipment at router-switch.com, specializing in Cisco router, Cisco switch, firewall security, wireless AP, Cisco modules & cards, etc. If you would like to know about purchasing info of Cisco network hardware and Cisco news, you can visit router-switch.com.