The year of 2016 is significant for the Networking Giant “Cisco”. What events and transformations do you think are top Cisco stories of 2016? Here Mark Haranas (associate editor, covers the networking and telecom markets for CRN.com.) listed the top 10 Cisco Events of 2016. Let’s check.

CRN breaks-down the top 10 most significant and impactful Cisco stories of 2016.

In 2016, Robbins shook up the network leader unlike ever before with an eye towards streamlining the company and refocusing R&D on areas like security, IoT, cloud and next generation data center. The shakeup began in March when Cisco unveiled plans to reorganize the company’s 25,000-member engineering unit,which included consolidating its engineering organization into four groups.

Cisco also announced a major restructuring effort in August that included the elimination of up to 5,500 positions, representing about 7 percent of its global workforce. “Restructuring [enables] us to optimize our cost base in lower growth areas of our portfolio and further invest in key priority areas such as security, IoT, collaboration, next generation data center and cloud,” said Robbins.

Partners are encouraging the massive shakeup inside Cisco, saying Robbins is firing on all cylinders. And as the year drew to a close, Cisco and Robbins finally confirmed that the company is throwing in the towel on Intercloud.

With the amount of acquisitions, restructuring and new focus areas now in place, the stage is set for an interesting 2017 for Cisco. 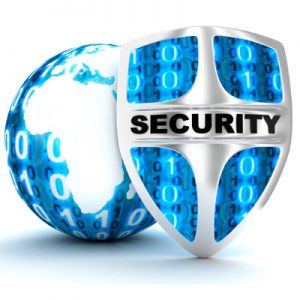 Cisco’s strategy of embedding its security solutions into the network, while at the same time heavily incentivizing channel partners around security sales, has led to four consecutive quarters of double-digit growth in security, which now has an annual run rate of over $2 billion. Channel partners tell CRN that their Cisco security revenues have skyrocketed upwards this year with some seeing a 400 percent increase year over year. The networking giant has acquired four security vendors over the past 18 months, including June’s acquisition of cloud access security broker CloudLock.

On the product side, Cisco revamped its Advanced Malware Protection (AMP) for Endpoints offering, unveiled a Cisco ONE Advanced Security program for partners and beefed up security around Cisco Meraki and routers.

“Our competitive position in security is growing stronger as our integrated architecture approach and best-of-breed portfolio resonates with our customers,” Robbins recently. “In fact, we’re the only company with security product revenue exceeding a $2 billion annualized run rate with double-digit growth.”

In a massive effort to shift from a hardware company to a software, services-centric leader, Cisco launched its Digital Network Architecture(DNA) in 2016. Cisco said this architecture will “absolutely” change the DNA of the channel.

DNA is an open, software-driven, service-centric solution based on automation, virtualization, analytics, managed services and open APIs that is aimed at enabling digital business. The architecture is delivered within the Cisco ONE Software family and includes a new automation platform and applications, an array of cloud-based management services, and Network Functions Virtualization (NFV) targeting the enterprise.

To help partners better sell DNA, Cisco created a Network Readiness Model for partners and customers to them navigate and adopt the architecture. The company also launched a voucher program for the channel that grants solutions providers a $7,500 voucher for DNA deals exceeding $300,000.

A massive internal and engineering restructuring effort launched by Cisco this year lead to the departures of numerous technology leaders in 2016.

Cisco likely spent around $3 billion in acquiring a total of seven companies in 2016, including arguably its most strategic purchase of the year in application cloud management platform provider CliQr Technologies for $260 million. CliQr was used to create Cisco’s CloudCenter platform that provisions infrastructure resources and deploys application components and data across private and public cloud environments.

The network leader also acquired IoT specialist Jasper Technologies for $1.4 billion, cloud access security broker CloudLock for a pricetag of nearly $300 million, and little known network chip designer Leaba Semiconductor for $320 million. On the collaboration front, the networking giant bought Worklife, a provider of software to improve meetings, and cloud-based search technology specialist Synata – both in an effort to boost Cisco Spark capabilities. Additionally, Cisco jumped into the container space with the acquisition of ContainerX.

Cisco placed its money where its mouth is this year after CEO Robbins said in 2015 that the future of Cisco and its channel lies within IoT.  In one of the biggest IoT acquisitions of the year, Cisco acquired IoT superstar Jasper Technologies for $1.4 billion in February, which provided Cisco with a cloud-based IoT Software-as-a Service platform that helps enterprises and service providers launch, manage and monetize IoT services. The acquisition also brought into Cisco more than 3,500 enterprise and 27 service providers groups globally.

The networking giant also formed strategic IoT partnerships with industry leaders in 2016 including IBM and Salesforce in an effort to boost IoT adoption rates. Cisco said it expects that the channel will play a larger role than ever as IoT value added services will be in high demand.

Cisco also unveiled a new IoT strategy in November where it seeks to leverage its massive networking footprint and next-generation technologies to take IoT devices to a new level through the creation of a new IoT-focused network and directly tying Cisco’s network into every IoT device possible.

Collaboration and Internet of Things leader Rowan Trollope has been reshaping the company’s collaboration business since his hiring in 2014, helping grow Cisco’s annual collaboration revenues nearly 10 percent in fiscal year 2016 to $4.35 billion.

Cisco’s end-to-end collaboration platform Cisco Spark, which combines messaging, calling, meetings and video, was revamped for partners in 2016 with enhancements including a new subscription licensing model and application marketplace. The boost to Spark this year also came in the form of two acquisitions: Worklife, a provider of software to improve meetings, as well as cloud-based search technology specialist Synata. Cisco even threw down a $150 million challenge this year to application developers to build custom apps and integration tools on Spark. Trollope

“The innovation machine is on fire now in collaboration,” said Trollope, in November during Cisco Partner Summit in San Francisco. “What we’re doing in the collaboration business and what we’re going to continue to do is make our products more and more available, more affordable, and do more things.”

Dell’s $67 billion blockbuster acquisition of EMC this year had some Cisco partners on edge, worrying about the impact Dell-EMC would have on their VCE business. It came to the point where Cisco CEO Chuck Robbins and Dell CEO Michael Dell went on video and shook hands, pledging their allegiance to their VCE alliance and its $3 billion Vblock business.

“From our perspective [VCE] drives UCS, it drives our Nexus portfolio, it drives our ACI portfolio — so we are committed,” said Robbins. “We both feel like our customers and our partners can continue to invest with confidence.” Michael Dell said, “As Dell Technologies, we couldn’t be more excited about our future together with Cisco.”

Although Cisco and Dell-EMC pledge their commitment to each other around VCE, partners say that the two will “inevitably” hit an architecture and sales crossroads within the next few years.

For two years, Cisco and Arista have been in a heated patent infringement lawsuit battle with both sides having their ups and down.

In February, the International Trade commission ruled in one lawsuit that Arista had infringed in three out of five Cisco patents, clearing two of four of Arista’s software features.  The ITC recommended, then eventually imposed, a limited ban on imports of Arista switching and components that contained the infringing technology – which included Arista’s EOS networking operating system. Although, Arista cleverly created a new version of EOS with design arounds for what had been deemed infringing.

In November, Arista shares hit an all-time high when the import ban was lifted after the U.S. Customs and Border Protection determined that Arista’s redesigns to its productswas  enough that they didn’t infringe on Cisco’s patents.

The networking giant also suede Arista for allegedly infringing on more than 500 of Cisco’s copyrighted user commands for networking – seeking hundreds-of-millions in damages.  Last week, Arista scored a win as a U.S. jury ruled that Arista owed no damages over Cisco’s copyright infringement allegations. In a statement to CRN, Cisco said its reviewing its options for post-motions and appeals.

After months of anticipation, Cisco took the wraps off its hyper-convergence play at Cisco Partner Summit in March in front of thousands of partners with Hyperflex Systems. Hyperflex consists of Cisco UCS servers and software-defined storage technology developed through a strategic partnership with Springpath, a Sunnyvale, Calif.-based startup founded by former VMware storage engineers.

By August, Cisco reported there was approximately 500 customers using HyperFlex and around 25 percent of those organizations were new to Cisco UCS.

“While not significant in terms of revenue at this point, we did see our new hyper converged offering, HyperFlex has solid early uptake by our customers,” said Cisco CFO Kelly Kramer, during the company’s recent first fiscal quarterly earnings call in November. CEO Chuck Robbins added during the call that Cisco has some new capabilities around Hyperflex that will be unveiled in early 2017. Cisco also formed a strategic partnership this year with hyper-converge specialist Pivot3.

The Article Reference from https://www.crn.com/slide-shows/networking/300083019/the-10-biggest-cisco-stories-of-2016.htm

Cisco DNA is a Game Changer for the Digital Era?

When You Buy Cisco ONE…