The following is the text of the article:

Cisco CEO John Chambers should feel glad at last coming to an end in 2011. 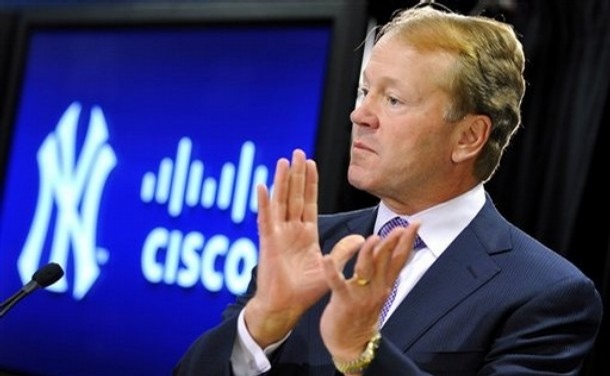 This year, he may slow down the pace of the acquisition, sale and closing some operations, witness to his leadership of Cisco Senior management strategies in the various failures, so that he also heard numerous ‘class’ of voice. Even if the style is usually more moderate CNN Money also wrote: ‘Everybody Hates Cisco.’

Cisco’s management in the end how bad? Here, let’s quickly review the Chambers this troubled year.

In January, the management company Boston Common Asset Management has sold the vast majority of Cisco stock on hand, a total of 16.7 million shares, and claimed the move was motivated by dissatisfaction with Cisco’s human rights record, the company is also a result of the year and related matters scandals.

In February, Cisco troubles intensified Oppenheimer (Oppenheimer & Co) investment company announcement, the conversion of new products directed at Cisco’s strategy of ‘mismanagement.’ While Cisco will announce second quarter results later than expected, but Wall Street still do not buy it because it is clear that the conversion of new products in the same time it lost its flagship product, the advantages and profits. The next day, shares fell 14%.

The same month, Cisco promoted veteran Gary Moore (Gary Moore) and the first ever for the company appointed COO. Chambers has been hoping implement and execute the ‘high additional strategy’, but in 2011, for investors The plan looks very funny. In addition, Cisco’s Chambers will significantly expand the business to more than 30 fields, he also strongly advocated the so-called ‘extended market’ (market adjacencies). can be said that Moore took office took over a mess.

In March, CBS current affairs news programs Chambers guest <<60 minutes>> and accept the part correspondent Royce Liestal (Lesley Stahl) interview with Chambers in the program strongly criticized the U.S. tax system, and demanded that the U.S. should allow companies to hide money overseas back home, and then to give duty-free treatment. Starr argued that the use of these tax avoidance means there are certainly numerous shady companies (Chambers still insists he is still endlessly December Cisco shareholders a letter pleading members of Congress, and promised benefits will be as large dividends).

Or this month, Chambers was forced to issue a memorandum to the recognition of more than 30 independent Cisco expand its core business, that is, network equipment strategy in this area really ‘lost focus.’

In May, Chambers advocated the ‘class’ of voices heard, and lead to resonance. Mizuho Securities USA (Mizuho Securities) analysts began suggesting Chambers of Cisco can be opened out even another investment firm Reynolds (RJ Reynolds) suggested that Cisco should be hired former IBM CEO Louis Gerstner (Lou Gerster) to lead the company out of the woods.

In the summer, the Cisco management increasingly tense situation. Chambers promised to cut $ 1 billion cost, then, Cisco employees, investors, analysts and customers to take a long time to adapt to Cisco will be the big layoffs this reality. Sure enough, in August, Chambers drastically cut the Another 6,500 employees, of which 2100 employees are actually forced to implement an early retirement plan.

In September, Cisco by the Human Rights Legal Foundation sued the company was involved in helping some of the national government hunt down and abuse dissidents .12 months, activist shareholders to submit proposals, said Cisco should cancel some of the violations of human rights. Cisco directors ultimately not Through this resolution, but Chambers did spend a long period of time in that meeting to maintain the company’s human rights record.

But by November, investors began to slowly get used to the performance of Cisco’s Chambers released a report that corporate profits fell by 7% over last year, but the next day the stock was up a little bit, investors are apparently used to anticipate and bad situation.

In December, Chambers is still trying to create a rational organizational structure of company Cisco for the core engineering team was restructured, and partners from rival Juniper, where VMware hired a number of external people and allow them to assume more responsibility.

Nevertheless, the trouble is still firmly adheres to the Chambers of Cisco, in the same time also serves as chairman of the CEO. Obviously, he believes he is the perfect candidate .2011, he vowed to firmly installed in the Cisco country three years, we can only hope that the next three years will be better than in the past.

Awesome, What Happened to Networking in 2011?