You are here: Home 2012 March A Tale of Cisco, Cisco Network & Cisco Equipment

Cisco’s History—Cisco, founded in 1984 by a married couple(Len Bosack and Sandy Lerner) who worked as computer operations staff members at Stanford University, is a worldwide network giant in providing the hardware and software solutions of LAN and WAN. The name “Cisco” was derived from the city name, San Francisco, which is why the company’s engineers insisted on using the lower case “cisco” in the early days. The head office of Cisco Company is in San Francisco and the branches and authorized dealers of Cisco currently exist in most of the countries in the world therefore Cisco hardware devices are used in every region around the globe. The software solution provided by Cisco is the Cisco IOS software based on CLI (Command Line Interface) that is used in Cisco manageable devices. 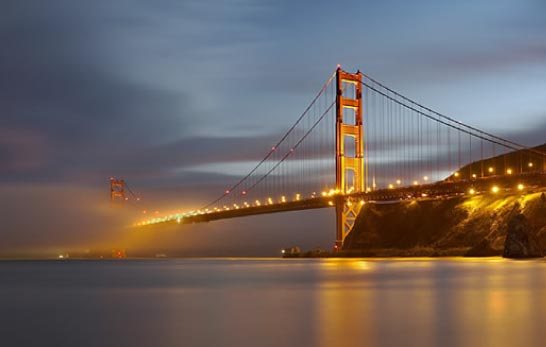 Cisco was one of the first to sell commercially successful routers supporting multiple network protocols. Classical, CPU-based architecture of early Cisco devices coupled with flexibility of operating system IOS allowed for keeping up with evolving technology needs by means of frequent software upgrades. Some popular models of that time (such as Cisco 2500) managed to stay in production for almost a decade virtually unchanged – a rare sight in high-tech industry. Although Cisco was strongly rooted in the enterprise environment, the company was quick to capture the emerging service provider environment, entering SP market with new, high-capacity product lines such as Cisco 7000 and Cisco 7500.

Between 1992 and 1994, Cisco also acquired several companies in Ethernet switching, most notably Kalpana, Grand Junction and Crescendo Communications which together formed the Catalyst business unit. At the time, the company envisioned layer 3 routing and layer 2 (Ethernet, Token Ring) switching as complementary functions of different intelligence and architecture – the former was slow and complex, the latter was fast but simple. This philosophy dominated company’s product lines throughout 1990s. In 1995, John Morgridge was succeeded by John Chambers.

The perceived complexity of programming routing functions in silicon led to formation of several startups determined to find new ways to process IP and MPLS packets entirely in hardware and blur boundaries between routing and switching. One of them, Juniper Networks, shipped their first product in 1999 and by 2000 chipped away about 30% from Cisco SP Market share. Cisco answered the challenge with homegrown ASICs and fast processing cards for GSR routers and Catalyst 6500 switches. In 2004, Cisco also started migration to new high-end hardware CRS-1 and software architecture IOS-XR.

2006–Current: Cisco: The Human Network: As part of a massive rebranding campaign in 2006, Cisco Systems adopted the shortened name “Cisco” and created “The Human Network” advertising campaign. These efforts were meant to make Cisco a “household” brand – a strategy designed to support the low-end Linksys products and future consumer products (such as Flip Video camera acquired by Cisco in 2009).

On the more traditional business side, Cisco continued to develop its extensive enterprise-focused routing, switching and security portfolio. Quickly growing importance of Ethernet also influenced the company’s product lines, prompting the company to morph the successful Catalyst 6500 Ethernet switch into all-purpose Cisco 7600 routing platform.[14] However, limits of IOS and aging Crescendo architecture also forced Cisco to look at merchant silicon in the carrier Ethernet segment. This resulted in a new ASR9000 product family intended to consolidate company’s carrier ethernet and subscriber management business around EZChip-based hardware and IOS-XR. Cisco also expanded into new markets by acquisition – one example being a 2009 purchase of mobile specialist Starent Networks that resulted in ASR5000 product line.

Throughout Mid-2000s Cisco also built a significant presence in India. Establishing its Globalization Centre East in Bangalore for $1 billion planning that 20% of Cisco’s leaders would be based there.

However Cisco continued to be challenged by both domestic Alcatel-Lucent, Juniper Networks and overseas competitors Huawei. Due to lower than expected profit in 2011, Cisco was forced to reduce annual expenses by $1 billion. The company cut around 3,000 employees with an early-retirement program who accepted buyout and planned to eliminate as many as 10,000 jobs (around 14 percent of the 73,400 total employees before curtailment). During the 2011 analyst call, Cisco’s CEO John Chambers called out several competitors by name,[18] including Juniper and HP.

NOTE: More Cisco’s info and Background you can visit: Wikipedia—Cisco

Cisco currently deals in various series and models of different hardware devices such as Cisco Routers, Cisco Switches, Cisco Access servers, Cisco Wireless Access points, PIX Firewall, Cisco IP Phones, and some other devices and equipment used in Voice and Security networks, such as Cisco Firewall, Cisco IP Phones, etc. Cisco deals in both new and or refurbished devices. You can implement new or used cisco equipment for increasing the performance of your network or internetwork.

Cisco Switches—Topology is the physical layout of the network. Star topology is using mostly in the small, medium and large networks. In star topology all the nodes are connected centrally with a device which is possibly a hub or a switch. Hubs are totally obsolete because switch is the faster and better device then hub therefore nowadays switches are mostly used in local area networks. Switch is basically a device works on layer 2 of the OSI Layer Model i-e Data Link Layer. Switch maintains a database called MAC address table by learning MAC addresses of the connecting devices. By default switch maintains the database dynamically.

Cisco Router—Whenever two or more networks connecting with each other for communication and to share the data and resources is called WAN. You must have to use routers for connecting different network IDs. Internet is a great example of WAN Environment. That’s why routers are mostly implemented in ISP sectors and backbone exchanges although it is an equally important device in medium or big organizations of any type such as University Campuses, Banking zone and the Industrial sector. Multiple vendors deals in the hardware based routers. Router is basically a manageable device with a console port although routers of some vendors are not manageable. Routers work on layer 3 of the OSI Model. A router has a database called IP Routing table in which the router learns the network ID of the IP addresses of the connecting networks.

Cisco deals in manageable routers of different series and models starting from 700 series routers to 12000 series GSR routers with a complete CLI based Cisco IOS software. These series and model vary by modules, slots, port density, port capacity and the version of Cisco IOS. Cisco routers have some extra features including security and voice modules.