London Olympics final countdown begins. It’s exciting to welcoming the Opening Ceremonies of the 2012 Summer Olympic Games in London. To prepare a perfect sport feast for all the people in the world, London and its partners did a lot of work, such as building enough venues, improving its traffic condition, safe and high-efficiency network architecture. Yeah, Cisco is a one of the very important partners in finishing this big Olympic game. 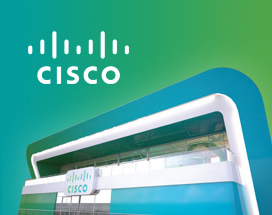 Along with being heavily championed via social media and mobile devices, the 2012 Summer Olympic Games are undoubtedly going to be the network-connected in history.

Cisco is just one of the collaborators involved in the behind-the-scenes tech and IT production, but the San Jose-based corporation is also the official “network infrastructure supporter” of the Olympics that kick off in London this Friday.

Cisco is supplying the networking equipment, with the network’s scope being equivalent to 46 of the World Championships’ network infrastructures combined.

If you want to look at it another way, Cisco’s network will be transmitting 60 GB/sec, or the equivalent of 60,000 novels or the entire content of Wikipedia every 0.5 seconds.

Furthermore, Cisco will be offering support for Internet access, IP telephony, collaboration platforms, and the “Games LAN” network, which is basically a mission-critical system that provides information for TV commentators and on-screen graphics.

After more than 200,000 hours of testing, here’s a snapshot of Cisco’s involvement in preparation for the Olympics as well as how it will be involved over the course of the Games, by the numbers.

And in terms of how many people will be using Cisco’s network in one way or another, here are some more estimates:

Another fun fact according to Cisco: London is the first Olympics to adopt a new generation of cloud services for voice (BT “One Cloud”), collaboration (BT Meet Me /Webex) and email security.

From building apps and websites to providing 24-hour online coverage and commentary to holding their own intra-office games, companies like Yahoo, Bleacher Report and Cisco will be celebrating and supporting the Olympics for the next fortnight or so.

Here’s a quick look at what the companies are up to:

Yahoo’s coverage is based out of Santa Monica, Calif., but the Sunnyvale company has 30 credentialed journalists working in London. Yahoo’s Fourth-Place Medal blog is worth following for offbeat stories.

San Francisco’s Bleacher Report, the nation’s third-most-visited sports website, increased its server capacity by 25 percent in expectation of extra visitors during the Olympics.

Vice President of Engineering Sam Parnell said the website could experience more shocks than usual throughout the day because with live streams online at nbcolympics.com and prime-time coverage on television, the same story might break three times in a day as different audiences tune in.

With 2,000 contributors to its network across the globe, the website plans to bring its signature slideshows and fan’s-perspective articles to every story from the Games.

The International Olympic Committee is putting up photographs from Getty Images on olympicmoments.tumblr.com. Those more into the fashions of the Games can turn to olympicfashion.tumblr.com. The images could be of higher quality, but it’s a great way to find some pictures that don’t make mainstream media.

Many of the photos on the network of Tumblr are bound to end up on Pinterest, which won’t have an official Olympics portal but will surely see a plethora of posts.

People more interested in Google-plus than those websites can find cool images on “The Olympic Games” Google-plus page. A recent photo of all sorts of bananas noted that athletes get to choose how ripe of a banana they want to eat.

Australian company PlayUp, which has five employees in Burlingame, has Android and iOS apps that let fans enter private or public chat rooms with fans of the same event. The app also pulls in news and stats. Dennis Lee, PlayUp’s U.S. CEO, said the app has amassed 2 million users in nine months.

Cable subscribers who get CNBC and MSNBC will have access to live streaming of all events and should download NBC Olympics Live Extra. Everyone else has the choice of BBC Olympics or NBC Olympics, which both work with iOS and the most widely used Androids.

That will get workers fueled up to compete for specially designed medals in office tournaments in ping-pong, pool, foosball, chess, rock-paper-scissors and a “Super Complex Highly Calculated Java Based MapReduced Open Sourced Hbased By No Means Random Event (a coding challenge).”

San Jose’s Harmonic is serving up fish and chips alongside Guinness to employees when they watch the Opening Ceremony together Friday. The company is powering media storage and video processing for a dozen broadcasters across the globe, from NBC in America to Foxtel in Australia.

Cisco, which is providing the communications backbone for the London Games, has awarded one lucky employee (winner of a video contest) Olympics tickets. It’s also planning to serve treats in office cafes during the Games.

On Wednesday, as many as 20,000 employees across the world will go online to join a party at the Cisco House overlooking the Olympic Village.

And Cisco is also doing its own Olympic challenge: More than 3,000 employees in at least 51 countries are collectively walking “around the world” while keeping track through pedometers and mobile apps. The goal is to walk 10,000 or more steps per day (two to three times the normal daily average) for 40 days, tracing a path from London through previous Olympic sites.

More exciting activities will be shared…

Steve Cramer, a Cisco system engineer, won a video contest at Cisco to win tickets to the games. Video entries were less than two minutes long and answered the question, “What do YOU make possible in your daily life, for your family, friends, and community – or at work?”

Wanna win tickets to the games? 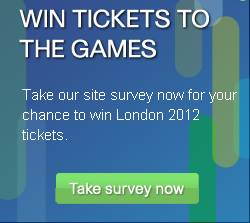 More Stories and Events you can visit: Cisco Home for London 2012

Welcome to Cisco, proud supporter and network infrastructure provider of the London 2012 Olympic and Paralympic Games.

Cisco’ Answer to SDN, Cisco ONE Introduced at Cisco Live