As part of its goal to surpass $100-billion companies like Hewlett Packard and IBM to become the number one IT company in the world, Cisco will double its software business in the next five years, a Cisco executive said. 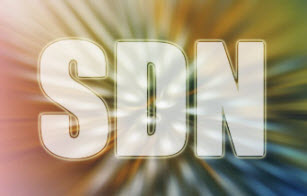 The company will grow software revenue to $12 billion from $6 billion through acquisitions and emerging technologies, such as software-defined networking (SDN), Cisco President of Development and Sales Rob Lloyd, and Chief Development Officer for Global Engineering Pankaj Patel, said during a recent media roundtable.

Executives explained that each of these transactions was made with the intention of developing a more intelligent, programmable network that will more closely support applications.

Patel pointed out that 80% of Cisco’s 28,000 engineers are software engineers, albeit many of those engineers are working on embedded systems like IOS, IOS-XR and NX-OS. Those embedded operating systems represent 160 million lines of code, Patel said.

Even the $5.2 billion acquisition of NDS was aimed at building out Cisco’s software chops, Lloyd said. At the Consumer Electronics Show (CES) in Las Vegas, Cisco announced Videoscape Unity, a service that combines traditional cable television networks and IP networks so users can watch content on any device, whether a television or a cellular tablet. Already deployed by Cox Cable, Videoscape Unity is built upon a combination of Cisco’s existing head-end and set-top box technology, as well as the software assets from NDS.

Cisco’s SDN strategy will play a significant role in the company’s shift toward software. SDN is not going to kill Cisco’s hardware business, Lloyd said. Instead it will help unlock the value of $180 billion worth of installed Cisco hardware “by creating APIs [application programming interfaces] and interaction to the intelligence we built [into our hardware], and expose that intelligence to the applications and business processes that we think will be important in the future.”

APIs will be a major facet of how Cisco responds to SDN. The company believes these APIs, along with overlay network technology and controller-based technologies, will answer customer demands for more network programmability. Cisco will be offering a detailed roadmap to its API approach, dubbed One Platform Kit (onePK), in the coming weeks.

“We have so far 710 unique [onePK] APIs to enable programming,” Patel said. “We are working with almost 50 customers worldwide… to expose the value [in our hardware] where analytics, policy and orchestration come together.”

“We hear customers asking for programmability and APIs,” Lloyd said. “Many of the large content and cloud providers are running Nexus [switches] and they have their own staff and do their own development. They want access to NX-OS, and they want to program NX-OS to leverage new features; we’re building that into onePK.”

Some vendors see SDN applications running on top of controllers as a way to make money, but Cisco’s SDN focus will be on software that enables third-party developers, Patel said.

“We have some applications we sell today, like collaboration and the applications from NDS. And we provide our IronPort and ScanSafe applications. But beyond that, this is about having an open platform for [third-party] developers. That’s where the investment is going to be,” he said.

Software-only Licenses for IOS and NX-OS?

Despite Cisco’s software focus, the company has no plans to offer software-only licensing for its operating systems, IOS, IOS-XR and NX-OS.

“The separation of IOS or any of our operating systems from hardware doesn’t work because in the hardware you have specific hooks into the ASICs,” Lloyd said. We build programmability into the processors that drive a switch or a CRS-1 that allows us to create backward and forward [OS upgrades]. When you have merchant silicon, you can’t build that integration. Our strategy will be to create value from embedded systems, but we will not separate hardware and software. Ask our customers how many of them [had Catalyst 6500s] in service for seven or eight years because we can evolve that platform. That’s the value proposition you get when you build your own ASICs and tie software to that.”

Lloyd claimed that vendors who rely on merchant silicon, whose embedded software is not integrated with that silicon, produce switches and routers need to be replaced every three years or so because those vendors are limited in what features they can add to existing platforms.

“Our value-add is clearly in having integration between silicon, systems and software,” Patel added. “It gives us freedom when it comes to feature extensibility.”

But Cisco will simplify software licensing, primarily around its collaboration products, said Lloyd and Patel, echoing a commitment from CEO John Chambers.

“Our collaboration portfolio includes WebEx, call control, Telepresence, Jabber. There are separate licensing mechanisms that exist for those,” Lloyd said. “They should be combined. We have a roadmap that will simplify the way [customers] buy collaboration. Simplification in that area is job one. We’re creating an enterprise software licensing program for collaboration, and we will expand that to other software and services.”

Lloyd said Cisco’s priority is to simplify software licensing and to work with the software development community to maintain that simplicity.