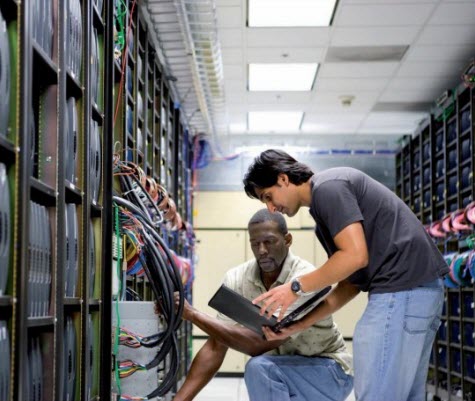 If you are new to Cisco networking, these are good commands to memorize. On the other hand, even if you are a seasoned administrator, you may find a few commands in this article on which you could use a refresher. We will start the list at the bottom and move to #1.

It is important to know what interfaces are on your router, important statistics about those interfaces, and whether they are up or down. The show interfaces command is a very verbose command that provides a lot of output. You may have to pick through that output to find what you are looking for; just about everything to do with interfaces is shown in the output from this command. For example: errors on an interface, bandwidth utilization, and interface speed.

This command can be abbreviated as sh int.

A shortcut for this command is wr (short for write memory).

Once you know that your interfaces are up and you have saved your configuration, you need to know if you have full network reach-ability. In other words, are your routing protocols working? What static routes have you entered? With the show ip route command, you can find out.

This command can be abbreviated sh ip ro.

We saw the show interfaces command. This is the show ip interface brief command. So, you are only showing information about the interfaces as it pertains to the IP protocol. You are also asking for brief output. This command gives you the best summary of the status and IP addresses of your interfaces.

This command can be abbreviated sh ip int brie

With the show running-config command, you see the entire router’s config. It’s that simple. You see the IP addresses, interfaces, passwords (that are in clear text), routing protocols, and other settings.

This command can be abbreviated sh ru or wr t.

Using the Cisco IOS is all about knowing what command to type in order to do what you need to do. The 5 commands shown in this article are just a few of the thousands of possible Cisco IOS commands. However, these commands are some of the core commands that every network administrator should know.

Note: This article written by David Davis posted at rainsignal.com

Here are some invaluable commands to master when dealing with Cisco IOS devices. Please realize that choosing the actual numbered order is an exercise in futility. The most important IOS command is the one that helps you put out the current fire. Also, the options that can be used with these presents a ginormous number of possible commands.

How to Configure IPSEC Encryption with the Cisco IOS?