The Catalyst 3650 features line rate 24 and 48 Gigabit Ethernet ports and an integrated wireless controller. It can be stacked in groups of nine switches for support of up to 25 access points and 1,000 clients at 40Gbps. 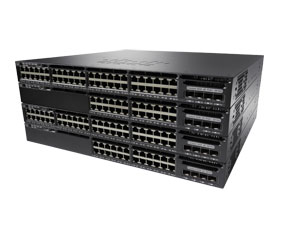 Uplinks on the switch include 4 x1G, 2 x 10G or 4 x 10G fixed ports. It features native support for NetFlow analytics on all ports, and full Layer 3 routing capabilities, as well as eight queues per port for priority and quality-of-service.

The Catalyst 3650 will be available in October at the same price points as Cisco’s 3560-X switch–$3,400–which the company will continue to offer.

The Cisco 3650 will compete with other 24/48-port stackable Gigabit Ethernet PoE+ switches from HP, Dell, Extreme/Enterasys, Juniper and Brocade.

How to Enable IPv6 Support on a Cisco Catalyst 3560

How to Configure the Cisco Catalyst 3560 Series