The show memory exec command is often used to check the amount of a router’s free memory. In troubleshooting cases where router performance is the focus, this is a major command used to see the statistics about the router’s memory.

Syntax Description: This command has no arguments or keywords.

The following is sample output from the show processes memory command: 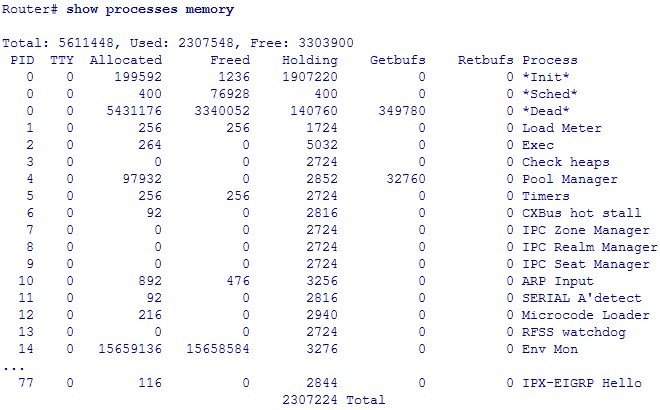 A More Sample Output of the show memory Exec Command

The following example displays a sample output (partial) of this command executed on a Cisco 2514 router.

Example: A Sample Output of the show memory Exec Command