When do you need to buy a license for your Cisco router? Some people may be not clear about the Cisco licensing. So in this article we will talk about Cisco router license. First of all, let’s share a problem raised by a Cisco 2911 user: “I have a 2911 router. I want to apply IP SLA command but there is none.

My router version as below:

And he wants to know that whether he needs to purchase a license for his Cisco 2911 router, and whether he need this one ( L-SL-29-APP-K9= ) AppX License with; DATA and WAAS for the Cisco 2900 Series.

Actually, it seems that he needs a SEC, DATA or UC license and that IP BASE is not enough. APP is one of the possible licenses. Perhaps SEC gives him more possibilities to use the router.

There are two versions of universal images supported on the next generation ISRs.

1. Universal images with the “universalk9” designation in the image name: This universal image offers all the Cisco IOS features including strong crypto features such as VPN payload, Secure UC etc.

2. Universal images with the universalk9_npe” designation in the image name: The robust licensing encryption solution provided by Cisco Software Activation satisfies requirements for the export of encryption capabilities. However, some countries have import requirements that require that the device does not support any strong crypto functionality such as VPN payload etc. in any form. To satisfy the import requirements of those countries, this universal image does not support any strong payload encryption such as VPN payload, secure voice etc. This image supports threat defense features through SECNPE-K9 license.

The Unique Device Identifier is made up of two components: the Product ID (PID) and Serial Number (SN). Serial Number is an 11 digit number which uniquely identifies a device. The Product ID identifies the type of device. This information can be found using the “show license UDI” command on the router CLI. This information is also present on a pull-out label tray found on the device. You may have to remove “V01” that follows the PID. e.g. use only “CISCO2921/K9”, instead of “CISCO2921/K9 V01”. 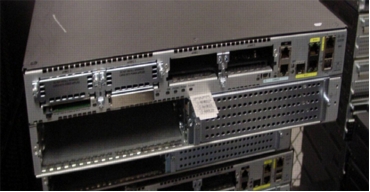 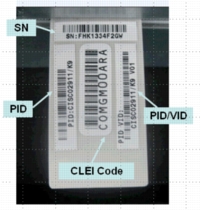 There are two types of Feature licenses.

Right to Use Feature Licenses: These licenses follow the traditional licensing model and do not use Cisco Software Activation. They can be ordered when the router is initially purchased or at a later date.

The simplified packaging model will simplify Software Management through four IOS enforceable technology package licenses that enable full suite of IOS software functionality. IOS technology package upgrades can be done by enabling a new license key, reducing the need for truck-rolls to remote offices. The model supports the “pay as you grow” model by allowing purchase of upgrade as you need via Cisco Software Licensing.

The Universal IOS image is loaded by Cisco manufacturing on all shipped routers. IOS Universal Image contains all IOS features. Feature sets in the universal image are unlocked using licensing keys i.e. the level of IOS functionality available is determined by the license applied to the device. A new license only needs to be applied to upgrade IOS functionality on the router .Maintenance upgrades of IOS i.e. moving from one IOS universal image version to another does not require a new licensing key. Reboot of router is also licensing transparent.

Each device ships with Universal image. IPBase, DATA, UC (Unified Communications) and SEC (Security) technology packages are enabled in the universal image via Cisco Software Activation licensing keys. Each licensing Key is unique to a particular device and is obtained from Cisco by providing the product ID and serial number of the router and a Product Activation Key (PAK), which is provided by Cisco at time of Software purchase. Cisco installs license key(s) for software specified at time of initial router purchase.

On each shipped device IP Base software activation key is installed by default. Additional keys are installed by manufacturing depending on the customer order.

Migration to Simplified packaging on Next Generation ISRs

How to Activate a Cisco License?