You are here: Home 2017 May How to Deploy the Cisco ASA FirePOWER Services in the Internet Edge, VPN Scenarios and Data Center?

Deploying the Cisco ASA FirePOWER Services in the Internet Edge

The Figure below illustrates how a Cisco ASA with the FirePOWER module is deployed in an office in New York, terminating SSL and IPsec (IKEv2) VPN tunnels from remote clients in the Internet. 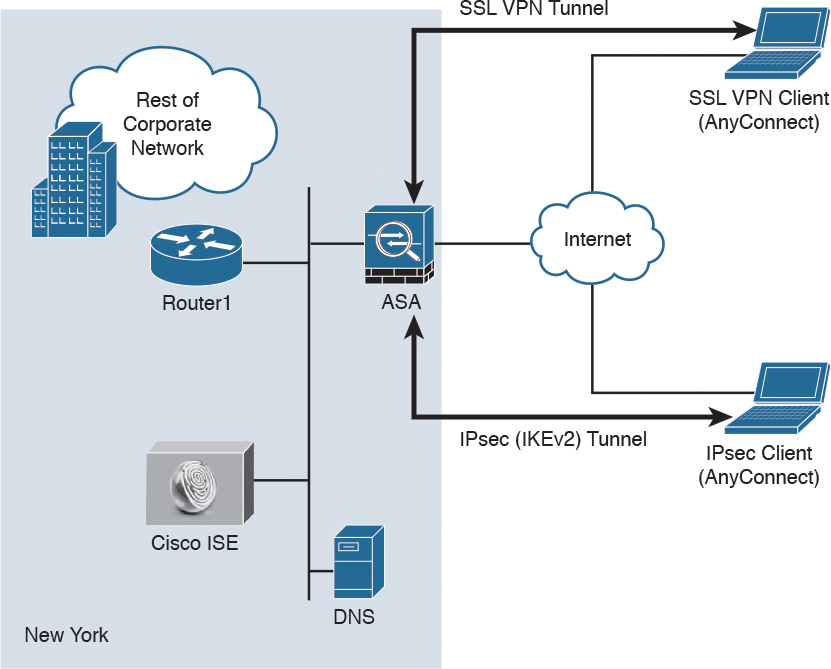 In the example illustrated in Figure above, the remote-access VPN clients are using the Cisco AnyConnect client; however, clientless SSL VPN is also supported.

The following Figure illustrates how two Cisco ASAs with FirePOWER modules are deployed in the headquarters office in New York (ASA 1) and a branch office in Raleigh, North Carolina (ASA 2), establishing a site-to-site IPsec VPN tunnel. In addition, ASA 2 in New York is also terminating a site-to-site IPsec VPN tunnel to a router (R1) of a business partner in Las Vegas. 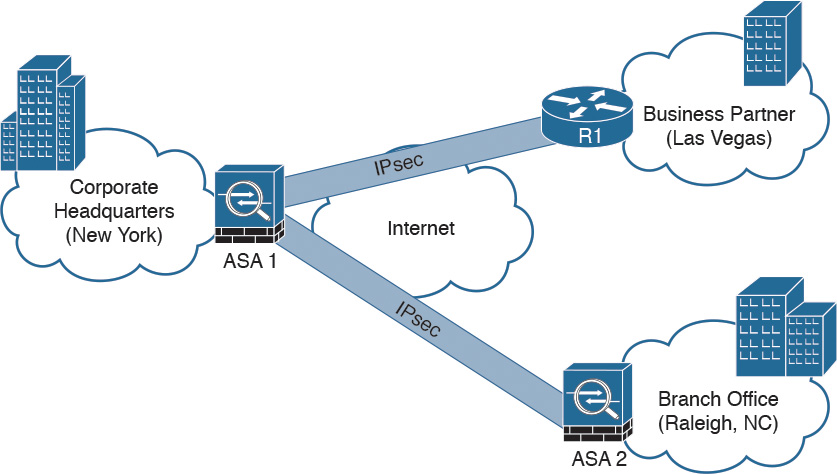 The data center can be a very complex world. It not only provides a rich set of services and architectures but also hosts the crown jewels of an organization. It is extremely important to maintain visibility of everything that is happening in the data center. The concept of “north-to-south” and “east-to-west” is often used in describing the types of communication (or flow) within and to the outside of the data center:

The following Figure illustrates the concepts of north-to-south and east-to-west communication. 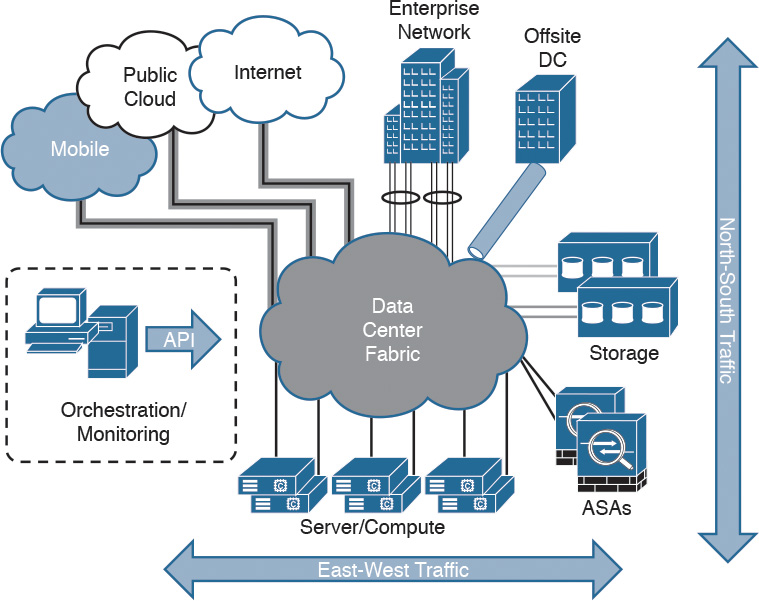 The data center has many different high-throughput and low-latency requirements, in addition to increased high-availability requirements. In addition, automated provisioning and control with orchestration, monitoring, and management tools are crucial.

The Figure below illustrates some of the components of the data center services architecture. 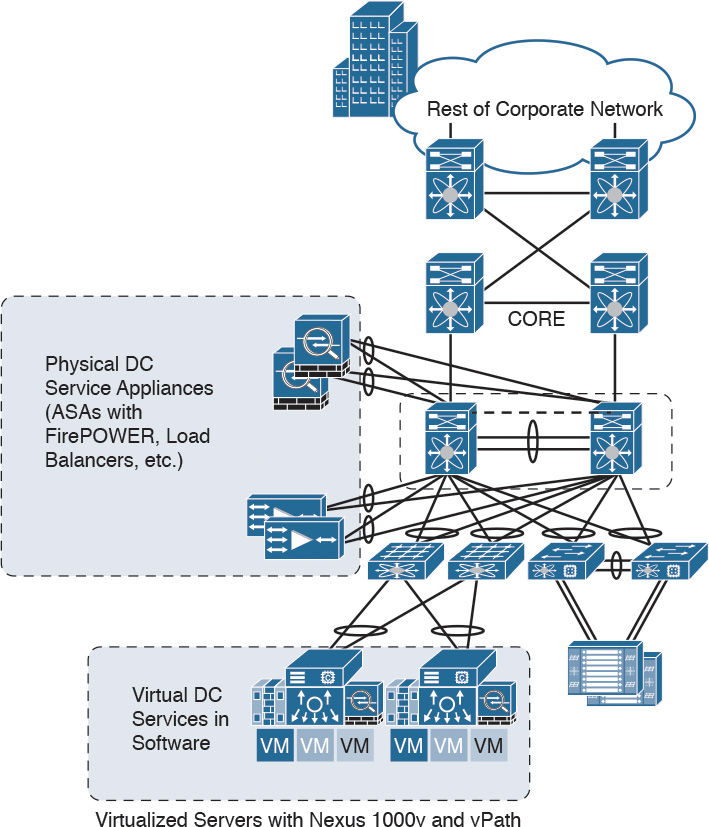 Examples of the data center service insertion components include the following:

The Cisco ASA with FirePOWER modules can be deployed in geographically dispersed cluster environments.

The Figure below shows an example in which four Cisco ASAs with FirePOWER modules are deployed in two separate sites (site A and site B). 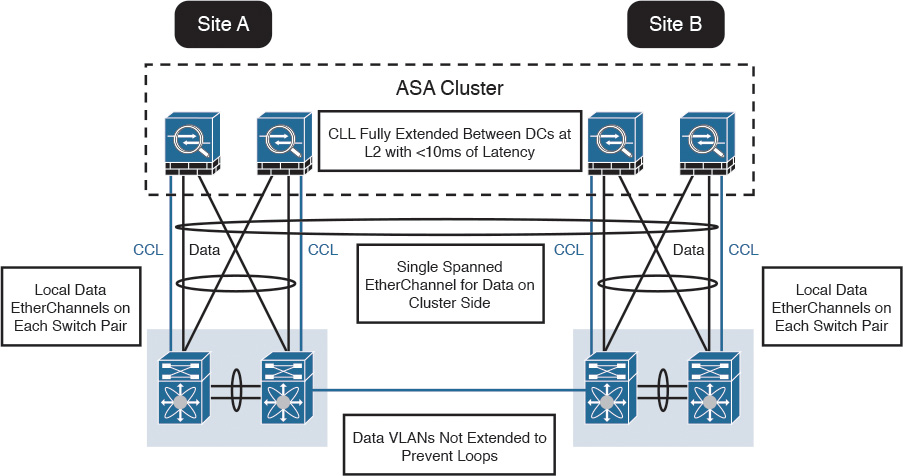 In the example illustrated in the Figure above, the cluster of four Cisco ASAs is fully extended between the two data centers, using the cluster control links (CCL) operating at Layer 2 with a latency of less than 10 milliseconds. A single spanned EtherChannel for transient data is used on the cluster side. The local data links are also configured with EtherChannels at the switch pairs on each site.

TIP: The data VLANs between the switches are not extended to prevent network loops.

The Most Common NGFW Deployment Scenarios