Nowadays we are amazed that there are so many amazing technologies we have available to us. 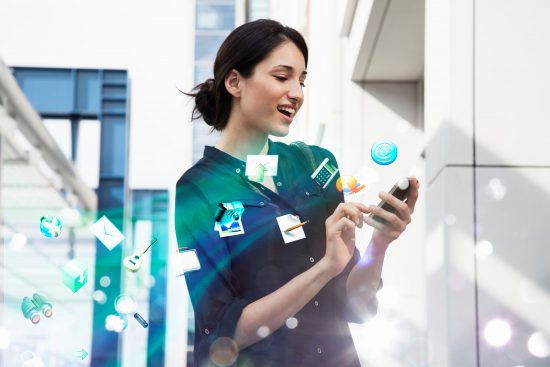 No matter you are a geek, a freelancer, or already an entrepreneur, thinking about today’s popular technologies can benefits you in different ways. Someone summarized seven major tech trends we’re in store for in 2017. If you’re eyeing a sector in which to start a business, any of these is a pretty good bet: IoT and Smart Home Tech, AR and VR, Machine Learning, Automation, Humanized Big Data, Physical-Digital Integrations and Everything On-Demand. 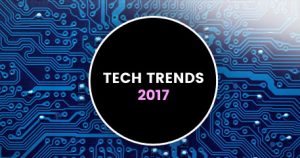 We’ve been hearing about the forthcoming revolution of the Internet-of-Things (IoT) and resulting interconnectedness of smart home technology for years. So what’s the holdup? Why aren’t we all living in smart, connected homes by now? Part of the problem is too much competition, with not enough collaboration—there are tons of individual appliances and apps on the market, but few solutions to tie everything together into a single, seamless user experience. Now that bigger companies already well-versed in uniform user experiences (like Google, Amazon, and Apple) are getting involved, and we’ll see some major advancements on this front in the coming year.

We’ve already seen some major steps forward for augmented reality (AR) and virtual reality (VR) technology in 2016. Oculus Rift was released, to positive reception, and thousands of VR apps and games followed. We also saw Pokémon Go, an AR game, explode with over 100 million downloads. The market is ready for AR and VR, and we’ve already got some early-stage devices and tech for these applications, but it’s going to be next year before we see things really take off. Once they do, you’ll need to be ready for AR and VR versions of practically everything—and ample marketing opportunities to follow.

Machine learning has taken some massive strides forward in the past few years, even emerging to assist and enhance Google’s core search engine algorithm. But again, we’ve only seen it in a limited range of applications. Throughout 2017, we expect to see machine learning updates emerge across the board, entering almost any type of consumer application you can think of, from offering better recommended products based on prior purchase history to gradually improving the user experience of an analytics app. It won’t be long before machine learning becomes a kind of “new normal,” with people expecting this type of artificial intelligence as a component of every form of technology.

Marketers will be (mostly) pleased to learn that automation will become a bigger mainstay in and throughout 2017, with advanced technology enabling the automation of previously human-exclusive tasks. We’ve had robotic journalists in circulation for a couple of years now, and it won’t be long before they make another leap into more practical types of articles. It’s likely that we’ll start seeing productivity skyrocket in a number of white-collar type jobs—and we’ll start seeing some jobs disappear altogether. When automation is combined with machine learning, everything can improve even faster, so 2017 has the potential to be a truly landmark year.

Big data has been a big topic for the past five years or so, when it started making headlines as a buzzword. The idea is that mass quantities of gathered data—which we now have access to—can help us in everything from planning better medical treatments to executing better marketing campaigns. But big data’s greatest strength—its quantitative, numerical foundation—is also a weakness. In 2017, we may see advancements to humanize big data, seeking more empathetic and qualitative bits of data and projecting it in a more visualized, accessible way.

Mobile devices have been slowly adding technology into our daily lives. It’s rare to see anyone without a smartphone at any given time, giving us access to practically infinite information in the real-world. We already have things like site-to-store purchasing, enabling online customers to buy and pick up products in a physical retail location, but the next level will be even further integrations between physical and digital realities. Online brands like Amazon will start having more physical products, like Dash Buttons, and physical brands like Walmart will start having more digital features, like store maps and product trials.

Thanks to brands like Uber (and the resulting madness of startups built on the premise of being the “Uber of ____”), people are getting used to having everything on demand via phone apps. We have thousands of apps available to us to get rides, food deliveries, and even a place to stay for the night, but soon we’ll see this evolve into even stranger territory.

Anyone in the tech industry knows that making predictions about the course of technology’s future, even a year out, is an exercise in futility. Surprises can come from a number of different directions, and announced developments rarely release as they’re intended.

Still, it pays to forecast what’s coming next so you can prepare your marketing strategies (or your budget) accordingly. Whatever the case may be, it’s still fun to think about everything that’s coming next.

See What Happened in Networking?