You are here: Home 2018 January A Guide for Storage Newbies: RAID Levels Explained

For new storage users, how to choose the right RAID Level is not easy task. What’s the RAID, and why need RAID? RAID stands for Redundant Array of Inexpensive (or sometimes “Independent”) Disks. Whether you’re looking to optimize a server’s performance or to defend against total data loss on a NAS box, you need RAID. 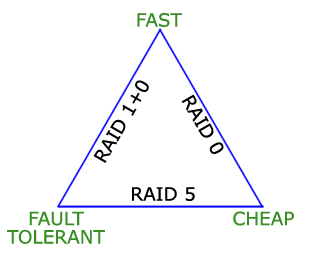 If you’ve ever looked into purchasing a NAS device or server, particularly for a small business, you’ve no doubt come across the RAID.

In general, a RAID-enabled system uses two or more hard disks to improve the performance or provide some level of fault tolerance for a machine—typically a NAS or server.

Fault tolerance simply means providing a safety net for failed hardware by ensuring that the machine with the failed component, usually a hard drive, can still operate. Fault tolerance lessens interruptions in productivity, and it also decreases the chance of data loss.

The way in which you configure that fault tolerance depends on the RAID level you set up. RAID levels depend on how many disks you have in a storage device, how critical drive failover and recovery is to your data needs, and how important it is to maximize performance. A business will generally find it more urgent to keep data intact in case of hardware failure than, for example, a home user will.

In the following part, we will a guide of different RAID levels for you

RAID is traditionally implemented in businesses and organizations where disk fault tolerance and optimized performance are must-haves, not luxuries. Servers and NASes in business datacenters typically have a RAID controller—a piece of hardware that controls the array of disks. These systems feature multiple SSD or SATA drives, depending on the RAID configuration. Because of the increased storage demands of consumers, home NAS devices also support RAID. Home, prosumer, and small business NASes are increasingly shipping with two or more disk drive bays so that users can leverage the power of RAID just like an enterprise can.

Software RAID means you can setup RAID without need for a dedicated hardware RAID controller. The RAID capability is inherent in the operating system. Windows 8’s Storage Spaces feature and Windows 7 (Pro and Ultimate editions) have built-in support for RAID. You can set up a single disk with two partitions: one to boot from and the other for data storage and have the data partition mirrored.

This type of RAID is available in other operating systems as well, including OS X Server, Linux, and Windows Servers. Since this type of RAID already comes as a feature in the OS, the price can’t be beat. Software RAID can also comprise virtual RAID solutions offered by vendors such as Dot Hill to deliver powerful host-based virtual RAID adapters. That’s a solution more tailored to enterprise networks, however.

Which is Your Right RAID?

There are several RAID levels, and the one you choose depends on whether you are using RAID for performance or fault tolerance (or both). It also matters whether you have hardware or software RAID, because software supports fewer levels than hardware-based RAID. In the case of hardware RAID, the type of controller you have matters, too. Different controllers support different levels of RAID and also dictate the kinds of disks you can use in an array: SAS, SATA or SSD.

Here are the popular RAID levels: 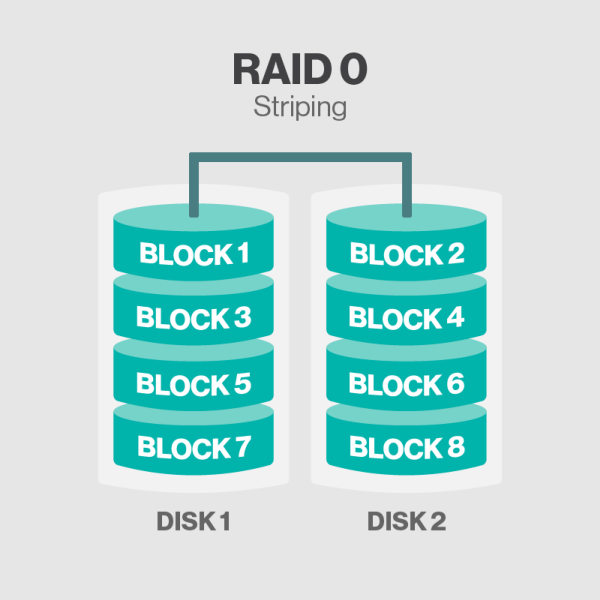 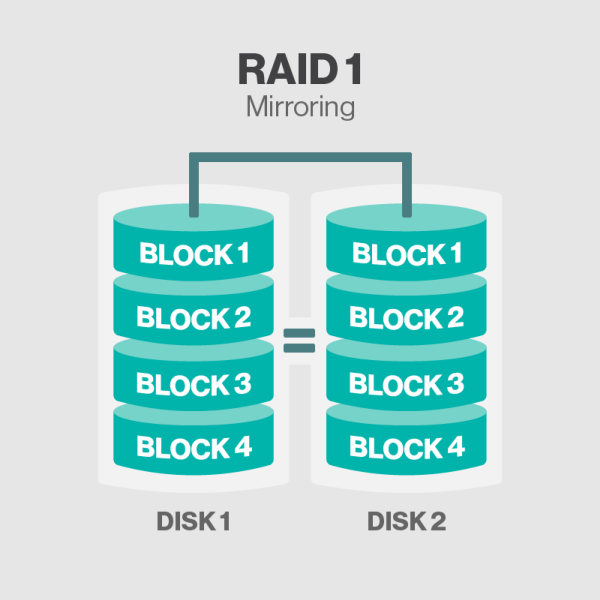 The downside is that RAID 1 causes a slight drag on performance. RAID 1 can be implemented through either software or hardware. A minimum of two disks is required for RAID 1 hardware implementations. With software RAID 1, instead of two physical disks, data can be mirrored between volumes on a single disk. One additional point to remember is that RAID 1 cuts total disk capacity in half: If a server with two 1TB drives is configured with RAID 1, then total storage capacity will be 1TB not 2TB. 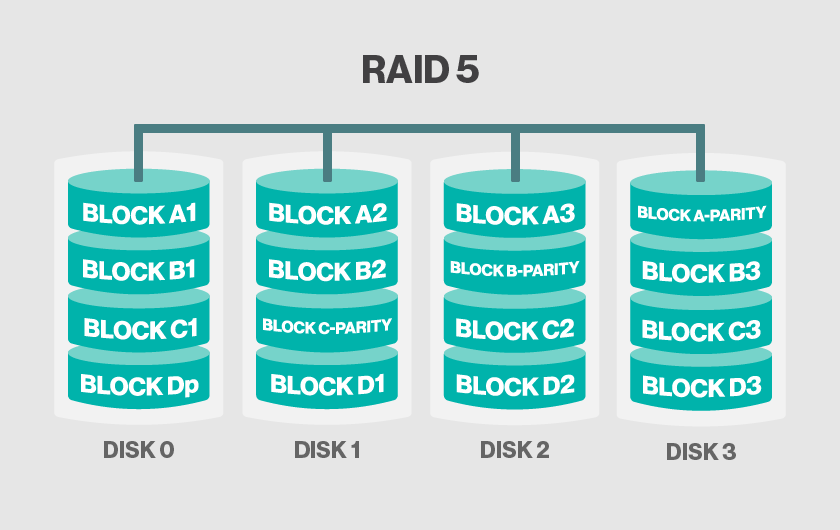 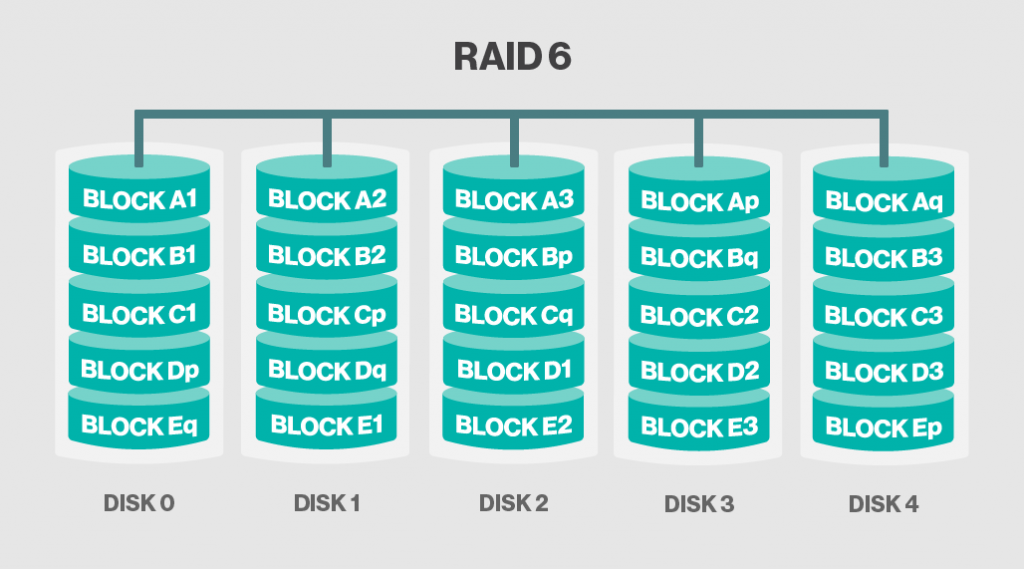 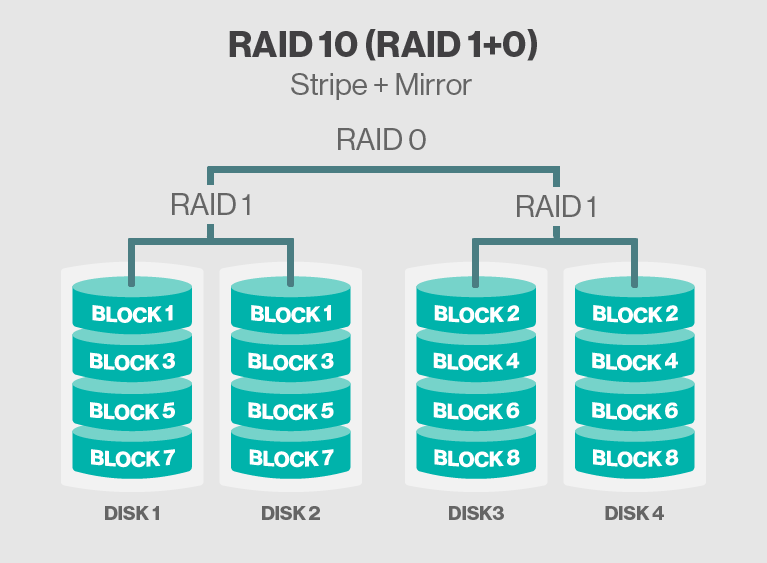 Other RAID Levels There are other RAID levels: 2, 3, 4, 7, 0+1…but they are really variants of the main RAID configurations already mentioned, and they’re used for specific cases. Here are some short descriptions of each: 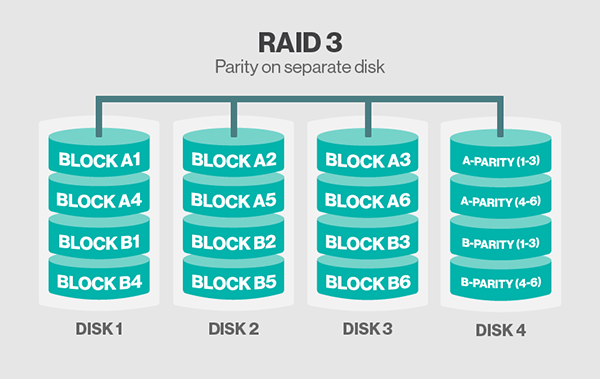 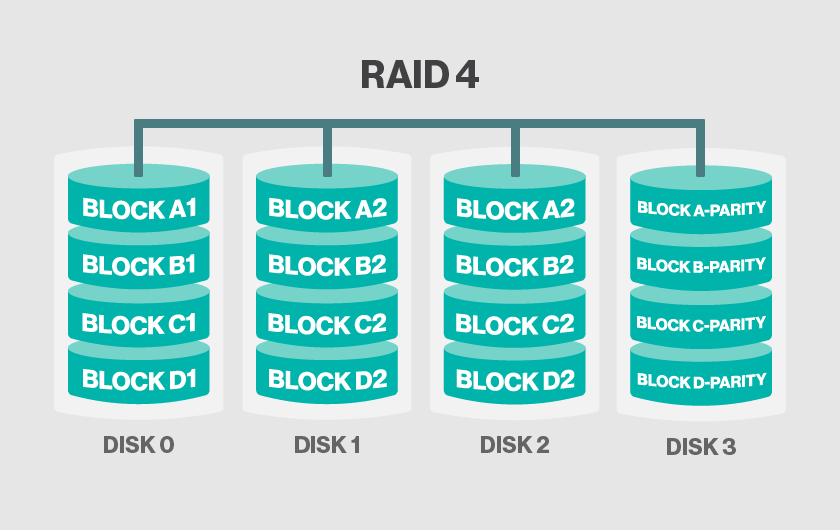 For most small- to midsize-business purposes, RAID 0, 1, 5 and in some cases 10 suffice for good fault tolerance and performance. For most home users, RAID 5 may be overkill, but RAID 1 mirroring provides decent fault tolerance.

It’s important to remember that RAID is not backup, nor does it replace a backup strategy—preferably an automated one. Backing up to a RAID device might well be a part of such a strategy. Owning a RAID-enabled device, which you use as your primary server or storage device, is not. RAID can be a great way to optimize NAS and server performance and quickly recover from hardware failure, but it’s only part of an overall disaster-recovery solution. Learn more: Disaster Preparedness: Planning Ahead

Striping is a technique to store data on the disk array. The contiguous stream of data is divided into blocks, and blocks are written to multiple disks in a specific pattern. Striping is used with RAID levels 0, 5, 6, and 10.

Block size is selected when the array is created. Typically, blocks are from 32KB to 128KB in size. 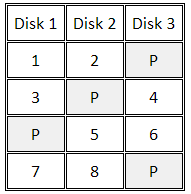 RAID5 writes data blocks evenly to all the disks, in a pattern similar to RAID0. However, one additional “parity” block is written in each row. This additional parity, derived from all the data blocks in the row, provides redundancy. If one of the drives fails and thus one block in the row is unreadable, the contents of this block can be reconstructed using parity data together with all the remaining data blocks.

If all drives are OK, read requests are distributed evenly across drives, providing read speed similar to that of RAID0. For N disks in the array, RAID0 provides N times faster reads and RAID5 provides (N-1) times faster reads. If one of the drives has failed, the read speed degrades to that of a single drive, because all blocks in a row are required to serve the request.

Write speed of a RAID5 is limited by the parity updates. For each written block, its corresponding parity block has to be read, updated, and then written back. Thus, there is no significant write speed improvement on RAID5, if any at all.

The capacity of one member drive is used to maintain fault tolerance. E.g. if you have 10 drives 1TB each, the resulting RAID5 capacity would be 9TB.

If RAID5 controller fails, you can still recover data from the array with RAID 5 recoverysoftware. Unlike RAID0, RAID5 is redundant and it can survive one member disk failure.

While the diagram on the right might seem simple enough, there is a variety of different layouts in practical use. Left/right and synchronous/asynchronous produce four possible combinations (see here for diagrams). Further complicating the issue, certain controllers implement delayed parity. 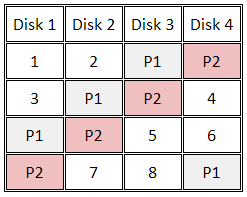 RAID6 uses a block pattern similar to RAID5, but utilizes two different parity functions to derive two different parity blocks per row. If one of the drives fails, its contents are reconstructed using one set of parity data. If another drive fails before the array is recovered, the contents of the two missing drives are reconstructed by combining the remaining data and two sets of parity.

Read speed of the N-disk RAID6 is (N-2) times faster than the speed of a single drive, similar to RAID levels 0 and 5. If one or two drives fail in RAID6, the read speed degrades significantly because a reconstruction of missing blocks requires an entire row to be read.

There is no significant write speed improvement in RAID6 layout. RAID6 parity updates require even more processing than that in RAID5.

The capacity of two member drives is used to maintain fault tolerance. For an array of 10 drives 1TB each, the resulting RAID6 capacity would be 8TB.