You are here: Home 2021 March What is the difference between Scale Up and Scale Out?

When the capacity of the enterprise storage system is insufficient, it has always been a common practice to add new hard drives or flash drives to relieve capacity pressure, just like we add hard drives to the server. Nowadays, there are two popular ways of expansion, Scale Up and Scale Out.

What is Scale up?

Scale up means adding resources to a single node in the system. Just like adding a hard drive to a PC, it has been a common way for companies to upgrade storage over the past few decades. However, over time, this method has exposed more and more limitations.

For storage systems, vertical expansion only adds hard disks or flash disks to the existing architecture to increase storage capacity, but does not increase CPU and memory to help the entire system handle more capacity and deliver it to the host. This means that when storage capacity increases, storage performance tends to decrease.

What is Scale Out?

Scale out is the process of replacing or adding new hardware to an existing IT system. While expanding the capacity, the performance increases linearly with the capacity. Because each node of the expansion has an independent CPU, independent memory, etc., after the space is expanded, the performance of the entire cluster will not decrease with the increase of capacity, but will increase.

The horizontal expansion design is suitable for unstructured data, where the data can be distributed on multiple nodes to improve flexibility and performance. Generally, with this type of data, the I/O profile does not require block-level deterministic delay (just like block-based I/O). This is why the prominent design in scale-out and object storage solutions. The scale-out solution also allows the capacity of a single volume to exceed a single node, so object storage or file systems that need to support large-capacity are very suitable for scale-out designs.

What are the benefits of Scale Out?

In essence, Scale Out can easily solve the deficiencies of vertical expansion in the past. Its core advantages include:

– Get rid of the capacity and performance constraints of old equipment;

– Make it relatively easy for the organization to actually scale up in the future. The complexity of the traditional vertical scaling architecture may bring the risk of business interruption during upgrades, while horizontal scaling is relatively easy.

In addition, before scale-out became popular, enterprises often purchased storage systems with much larger capacity than required (for example, RAID schemes require over-purchase of disks for parity and hot spares) to ensure that there is enough disk space available for use. Future expansion. But if this kind of expansion never happens, or the demand does not reach the expected level, then a lot of the disk space originally purchased will be wasted.

With the horizontal expansion architecture, the problem of excessive initial investment costs is avoided. If the storage demand increases beyond the expected level, new arrays can be added as needed, basically without limitation. 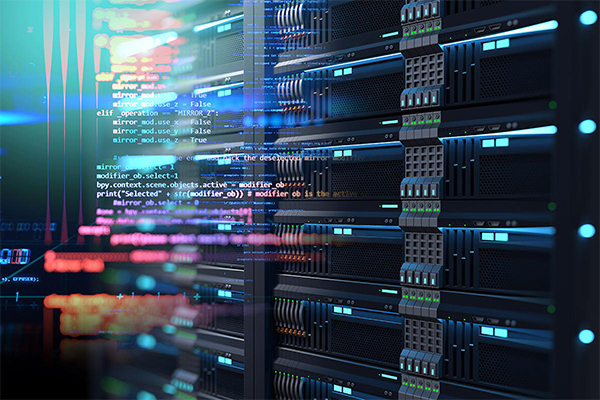 In today’s data explosion, strong scalability is a prerequisite for any IT environment. Since horizontal expansion makes up for many shortcomings of vertical expansion, will Scale Up be eliminated? In fact, vertical expansion is still useful. For small-scale deployments, the scale-up architecture can meet all the requirements of the application.

There are many brands are providing servers with good expansion. Welcome to order some:

Choosing the Right RAM for Your Server