You are here: Home 2011 November Cisco, A Lion Waiting for the Biggest Challenge

November 9, 2011, the world’s largest network equipment maker Cisco announced third quarter earnings beat Wall Street expectations once again: revenue from the $ 10.75 billion the same period rose to $ 11.3 billion average analyst forecast of 11.03 billion dollars, but net profit fell to $ 1.78 billion, or 33 cents per share, to the same period was 19.3 million, or 34 cents a share – can be seen, giant Cisco’s performance is not beautiful, but ‘not expected so bad. ”

The bright side, that belong to the field of data communications opponents 3COM, Juniper market position both in the far, HP is in deep trouble management; from a bad one, said Huawei’s aggressive In traditional telecommunication system equipment which the growth rate is falling into the single digits, but it also contributed to the Ren devote corporate network and mobile phones, so the price war is bound to be wantonly used Cisco’s traditional means of attack sites, but also with similar There followed a resurgence.

Cisco at this time, like a lion, crouched in the grasslands of the largest trees, alone, looking at the size of the herd in far other dust in the fight, wait until then the most powerful several challenges to come, where the distress is unique.

Distress of those who sell water

Addition to the 200,748 yuan in the oil and the 2000 heyday of Microsoft, is there a company has more than the total market value of Cisco’s highest – 5570 million dollars? 11 before the 557 billion U.S. dollars, converted into current dollars, probably to more than $ 800 billion, which is more than double Apple’s market value today. Cisco has had a brilliant, than the power of today’s fruit powder.

10 before the first wave of the Internet gold rush among those along the Mississippi River Valley and Northwest Airlines flights to New Yorkers who, in fact, did not see, COM’s future in the end how, However, Cisco, this well-known to sell water, almost the same age with Huawei, ZTE’s business, has become the “people on top, one under,” the emperor, behind Microsoft.

Boom may not necessarily bad, but will slowly ebb.

In the router market, the market has been dominated for more than 80 percent of Cisco, has harnessed the world’s top 500 among 490 clients. When the user has met the major companies, “water” demand, Cisco’s stagnation, or simply because of this piece of the sea can only have so much of a whale. Yes, Pacific While, 1,000 meters in length but no whales or sharks, Cisco’s limit is the limit due to market.

This successful company, in order to develop the technical founder of exclusion, to develop unparalleled products, but also to mergers and acquisitions to achieve the ultimate. Imagine, Cisco’s core competency is so different: a single product line, has done the ultimate; North America accounted for nearly half the market around the world through a few, because most businesses here, the most specific information needs, particularly telecommunications, finance, four major categories of core military and government customers; Cisco’s acquisitions are less successful peripheral; Cisco’s core competencies, in addition to the product, I am afraid that the channels of globalization – Strictly speaking, the main channel in North America.

However, the same company, but too much focus on the same product, namely, data communications products, other products and the acquisition of the majority are around this core product chain started – even if not around the The core product, then, almost all without success. Such as optical networks, such as IPTV, such as WebEX, perhaps the recent acquisition of the core network will be a little better? After all, even the Starent acquisition of core customers come together and focus on North America.

Therefore, these factors indicate that Cisco in order to further expand and broaden the product line in addition to almost not contribute much. However, Cisco has chosen to broaden the product line in the process, did nothing – so the telecommunications industry, the Internet industry case. In fact, Cisco has been done trying to set top boxes, and even mobile phones, and start over from the 2007 wave of global mass media publicity, almost necessary in the field of consumer electronics once tried. Cisco is the latest IT industry reach, and good progress in the server space it soon became IBM, HP and other rivals the original partners – the reason to do better in this area, mainly because of overlap area and the customer business model is very close, but the market is already saturated market, Cisco’s third of the world can really make it? 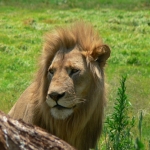 Course, today’s giant Cisco is still the body, the profit per 110,000 U.S. dollars, 100 billion dollars in market value, 20 % of net profit margin; this is really a lot of big capital! Cisco really have to ask ourselves is, after the gold rush, the next wave of Amoy, where rare earth hot? Cisco, in the end is doing addition or subtraction to do it?

Cisco’s answer seems to retreat, the lion does not climb trees, cannot swim, to withdraw into their own familiar grassland, investors seeking returns, it seems that hedge funds have begun to pursue, not then the rapid growth. Not long ago, Cisco admitted to large layoffs, the low is 5000, as many as 10000. In fact, the surge would not reduce stove, commercial way, can be hired back, Cisco last big Internet bubble, they also conducted a large layoffs, but that really was a “strategic retreat” is a success the curve.

However, this time, Cisco is really hesitant different. Seems mainly to do subtraction. Cisco is planning to sell its set-top box located in Juarez, Mexico manufacturing facility. Cisco had announced plans to cut the fiscal cost of $ 1 billion. 2 today, Cisco has the UK sold to specialty fiber manufacturers Fibercore HIG Capital Europe.

Back to this piece of familiar grassland, Cisco once again exceeded market expectations. However, the market has a good number of hidden: In the past five Cisco router market share from 66% to 55%, switch market share fell 2-67% – when Cisco is expanding to other markets is not successful , Cisco’s market share is to use the original wax sealed bottle of water, slowly in the volatile, although slow, but the trend is obvious. Clearly, HP’s incoming new threats, Juniper greater threat in the high-end, Alcatel-Lucent and Huawei, ZTE and even the threat of the operators have been in the market.

Cisco, take the initiative to other areas in case of unsuccessful, seems to be a powerful, but is waiting to attack the lion, reminiscent of “The Lion King” in the interpretation of illness and death cycle.