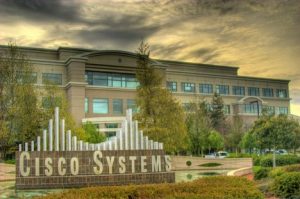 Cisco is reorganizing its internal structure again following the massive job cuts the company made earlier this year.

Cisco has combined its Network Management Technology Group (NMTG) with two other business units and folded all into a new organisation to be headed by CIO Rebecca Jacoby, according to a Cisco memo.

The memo, authored by Cisco CTO and Senior Vice President of Engineering Padmasree Warrior and Pankaj Patel, senior vice president and general manager of Cisco’s Service Provider Group, states that Cisco has formed the Cloud and Systems Management Technology Group under Jacoby to align engineering and services in an effort to gain market share in cloud, infrastructure as a service (IaaS), platform as a service (PaaS) and software as a service (SaaS).

The rationale for naming Jacoby to head the new group, meanwhile, stems from her cross-organizational experience as Cisco’s CIO, a role she will retain.

“This role more than any other will bring alive our ability to deliver integrated products, services and software,” the Cisco memo states. “We needed some very specific skills for this role — strong leadership; the ability to influence and manage across boundaries; an understanding of infrastructure, operations and application deployments across Enterprise and Service Provider customers; and product, software and services knowledge. Rebecca is uniquely positioned to take on this role due to the synergies she has built between IT and Engineering over years of Cisco-on-Cisco deployments.”

As CIO, Jacoby will continue to report to Randy Pond, executive vice president of operations, processes and systems; but she will also report to Warrior and Patel in her new role as head of CSMTG.

By aligning services and engineering under CSMTG, Cisco is hoping to accomplish several additional goals, according to the memo. They include:

• Leverage the Advanced Services teams to sell management and automation solutions in cloud and legacy environments across all market segments.

• Leverage Jacoby’s IT team to deploy solutions developed from CSMTG within Cisco.

The realignment is also indicative of Cisco’s desire to become more of an overall IT vendor instead of only a network infrastructure supplier. Tucking NMTG into CSMTG will make the “network” aspect of network management less visible, observers note.

And network management has been a years-long challenge for Cisco given the complexities and incompatibilities between myriad products developed internally and obtained from 150 acquisitions over almost 20 years. Andersen was brought on in part to iron out those inconsistencies and streamline Cisco’s network management operations.

The formation of CSMTG and the reassignment of executives follows a significant restructuring that Cisco undertook last summer to correct operational missteps that eroded profits. Cisco eliminated 12,000 positions under that restructuring.

In the most recent earnings announcement, Cisco CEO John Chambers said the restructuring had been largely completed. Cisco’s financial results in its fiscal 2012 first quarter indicated that the restructuring was helping the company attain its goals.