You are here: Home 2021 August Xiaomi MIX 4 Released: Not Only Camera Under Panel

Xiaomi MIX 4 is finally released. This is a phone that Xiaomi users have been waiting for for 3 years. Whether in the history of mobile phones or in the minds of many players, the Xiaomi MIX series has long become a spiritual totem of exploration.

Amaze the world as soon as it is released

On October 25, 2016, after Xiaomi released its first hyperbolic screen phone, Xiaomi Note 2, it showed the world the first MIX. Since then, Xiaomi has brought the new concept of “full screen” to the public view. In order to achieve a full screen on the front, Xiaomi MIX removed the front buttons and earpieces that seemed indispensable at the time, and even moved the front camera to the bottom.

Because of these disruptive changes, the first generation of Xiaomi MIX has some shortcomings in part of the experience, but this does not prevent it from having a turning point in the entire mobile phone design history, and it also establishes its role as an explorer. 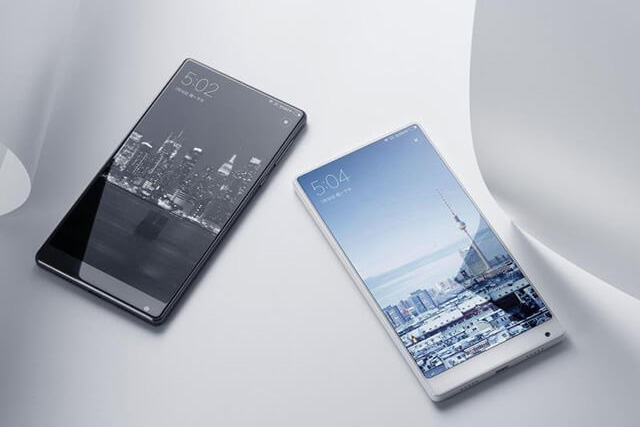 The subsequent Xiaomi MIX 2 and 2S re-found the balance between concept and user experience in products, but at that time the mobile phone industry had begun to burst into full screen. Vivo NEX uses under-screen fingerprints, a liftable front camera, and a screen with a higher screen-to-body ratio to demonstrate a more extreme full-screen concept; OPPO Find X also uses dual-track periscope structure and 3D structured light to shape a full-screen mobile phone A new high on the road.

Xiaomi also handed over the Xiaomi MIX 3 with the highest screen-to-body ratio in the MIX series. It was also the first full-screen sliding phone to be released on the market. It wanted to compete with the full-screen solutions of other manufacturers at the time. But everyone knows what happened later. After a flash in the pan, the sliding cover scheme withdrew from the stage of history early, and the MIX series also faded out in a low-key manner. 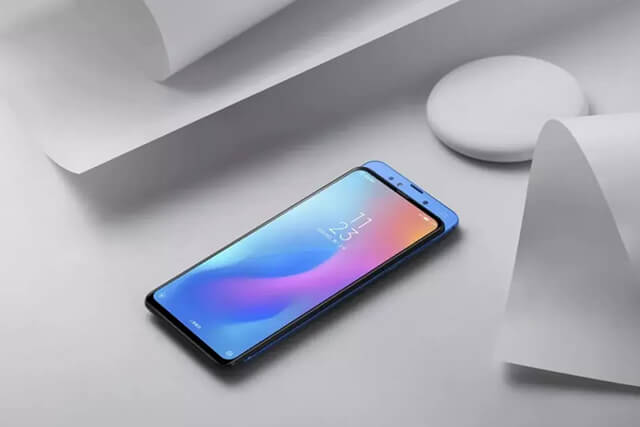 Later, Xiaomi also launched MIX Alpha and MIX FOLD, but one is a pure concept phone, and the other is a folding screen mobile phone that is no longer common. Xiaomi users are not satisfied with this, and the voice of Xiaomi MIX 4 is still high.

Indeed, the MIX series has been away for three years. A long time ago, many news about Xiaomi MIX 4 flowed out on the Internet, all focused on the exposure of camera information under various screens. It can be seen that the exploration direction of Xiaomi MIX 4 has long been set-using the under-screen camera to bring a true full screen.

The reason why Xiaomi MIX 4 has been waiting for so long is that it takes time for the under-screen camera to be technically perfect or mass-produced. Now its arrival also shows that this technology has finally matured.

The front is full of screens, and the display is flawless

Five years ago, when Xiaomi made the MIX, the goal was to have a full screen on the front, which is why Xiaomi MIX 4 is destined to adopt an under-screen camera solution.

Xiaomi named this screen Camera Under Panel. First of all, it is the display part. It can be said responsibly that this is a complete display. No matter what tricky angle you use, you will never see the camera under the screen being criticized. The most screen window effect.

However, due to the limitation of the camera under the screen, the pixel density of 2K resolution cannot be achieved. Fortunately, the screen size of MIX4 is relatively moderate, and the 1080P display effect is not left behind.

Everyone knows that for the under-screen camera, Xiaomi uses a small pixelated diamond-like arrangement in this area. The difference in pixel size can be seen through the microscope. However, because the camera area itself only occupies 0.2% of the area, so in the overall It can be ignored on the display. Reading novels, watching videos, playing games, etc., the screen will no longer be blocked by digging holes. 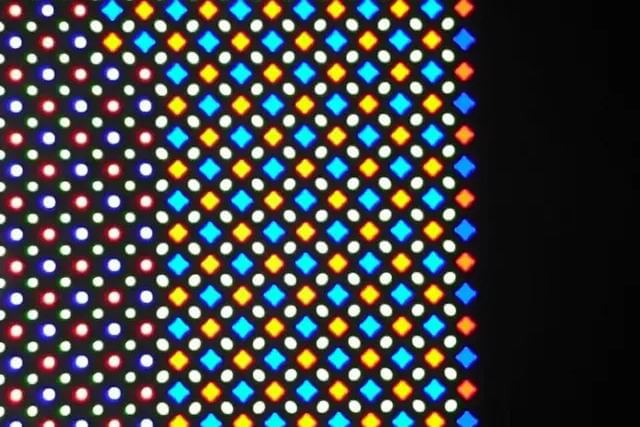 On the other hand, although the front selfie is 20 million pixels, starting from the framing step, affected by the light transmittance, the overall picture still has a hazy feeling, which looks like the effect of a 5 million pixel front camera. Fortunately, the powerful algorithm can make up before the final imaging, and its Selfie effect is available in good light conditions.

Just like Xiaomi said, since the release of Xiaomi MIX, they have tried almost every full-screen solution. The camera hidden under the screen has brought Xiaomi MIX 4 a full-screen experience without digging holes and no mechanical lifting for the first time.

But from the user’s point of view, the 100% full screen brought by Xiaomi MIX 4 is not as prominent as the current ubiquitous hole-digging screen in terms of display effect. Moreover, since we have implemented a similar comprehensive screen look and feel on the lift-up solution before, there may be a certain “used not to blame” psychology, which lacks freshness and impact.

Therefore, Xiaomi MIX 4 still needs to answer: What else is there besides the under-screen camera? 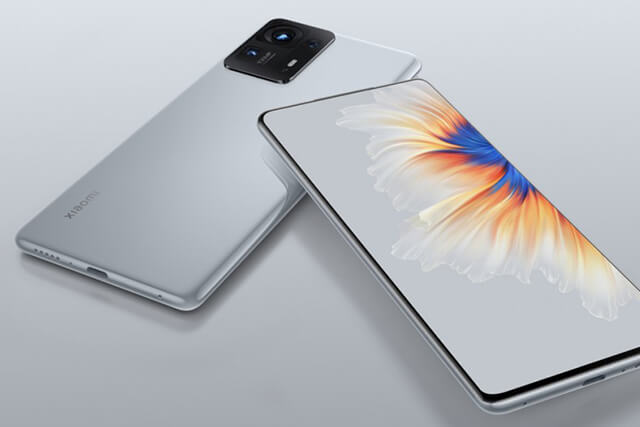 Inheritance and breakthrough of CMF

In fact, Xiaomi MIX 4 still continues the CMF tradition of the MIX series (Color-Material-Finishing, color, material, surface treatment), the most typical is the ceramic body.

Xiaomi MIX 4 is the first to launch lightweight integrated ceramics. The weight of the ceramic material is reduced by 30%. The weight of the whole machine is 225g, and the body thickness is only 8.02mm. Compared with the Xiaomi 11 Ultra, it is lighter and thinner, but it is still uncomfortable to hold with one hand.

In order to achieve a truly integrated ceramic, Xiaomi MIX 4 uses a small metal A shell as the antenna support, which hides the antenna break while further ensuring the signal. It is known as the mobile phone with the best signal of Xiaomi, which also has the credit of the ceramic body. 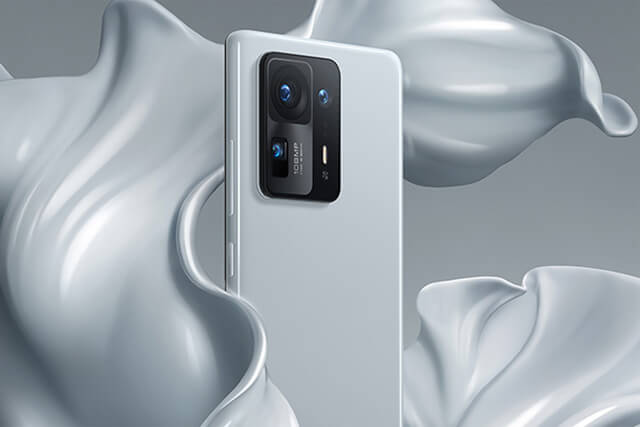 In addition, in terms of body color, the Xiaomi MIX 2S Jade Art Edition is the first color ceramic phone. This time Xiaomi MIX 4 has brought a new shade of cyan-grey color in addition to the classic ceramic black and ceramic white. The light blue color accentuates the warm and moist feeling of the ceramic material. 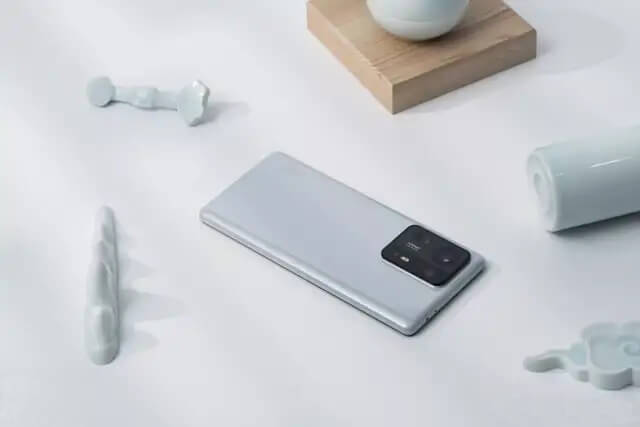 In a not-so-large body size, the black rear camera module occupies more than one-sixth of the area, which is a bit awkward. In addition, the body is relatively thin, and the convexity of the lens is obvious when it is flat. , When holding the phone horizontally, the camera is also a little in the way.

Because of its good thermal conductivity, ceramics have always been valued by mobile game users, and this time Xiaomi MIX 4 has grabbed the first release of Qualcomm Snapdragon 888+.

Information about this SoC has been leaked a long time ago. Samsung’s 5nm process, 8-core processor, Adreno 660 GPU and X60 5G baseband. The biggest improvement is that the main frequency of the super core core has been increased to 3.0GHz (the Snapdragon 888 is 2.84 Ghz), Qualcomm officially stated that there will be a 5.2% improvement in performance.

But what a lot of people care about most is fever? Combined with some of the previous Snapdragon 888 models, Xiaomi MIX 4 can be said to have done enough homework in terms of heat generation and power consumption.

In conjunction with the first release of Snapdragon 888+, Xiaomi MIX 4 debuted a 3D graphene temperature equalizing plate, which is made of graphene with a thickness of 280 microns, which has a higher thermal conductivity.

In terms of system, the MIUI 12.5 equipped with the mobile phone is in balanced mode by default, which limits power consumption and controls heat generation. Under long-term use scenarios such as video and navigation, it can maintain about 33°C, and the battery life is longer.

In the running score and game test link, I still enabled the performance mode, and the Antutu score was about 810,000, which is considered normal on the first model; the single-core score of Geekbench 5 is basically around 1100, and the multi-core score is around 3600. , It can be seen that it is stronger than the previous Snapdragon 888. 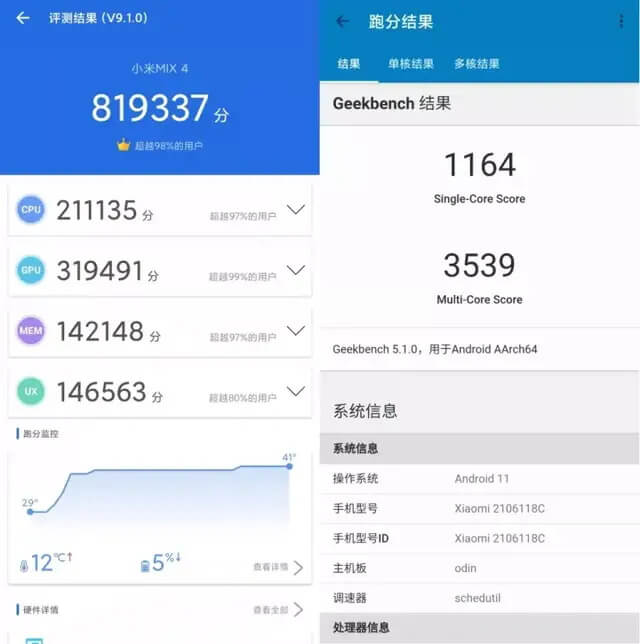 In terms of power consumption control, Xiaomi MIX 4 also introduces more intelligent battery management, such as smart charging at night, first charging to 80% and automatically stopping, quickly recharging the battery when you are about to wake up, and adjusting charging and maintaining the battery at high temperatures, and the battery Health shows that it can reduce battery aging. 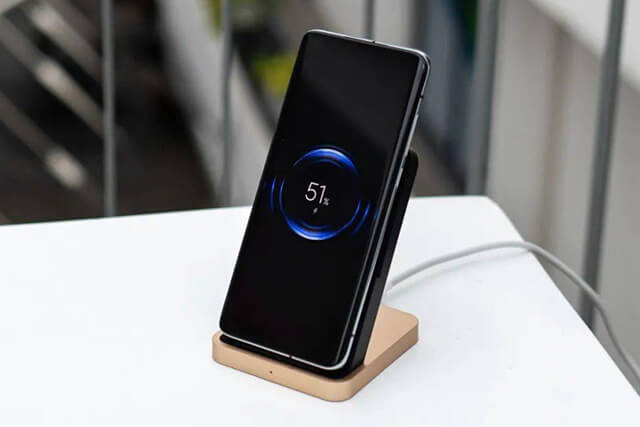 Nowadays, to have a more comprehensive understanding of smart phones is still a three-pronged approach to the screen, processor, and camera. This also reflects from the side that it is difficult for smart phones to make a major subversion.

For Xiaomi MIX 4, what is left is the camera. It is a pity that there is no liquid lens and self-developed chip. The combination of 100 million pixels HMX main camera + free-form surface ultra-wide-angle + 5x periscope telephoto is not a shortcoming, and it can also be played in many imaging flagships today. 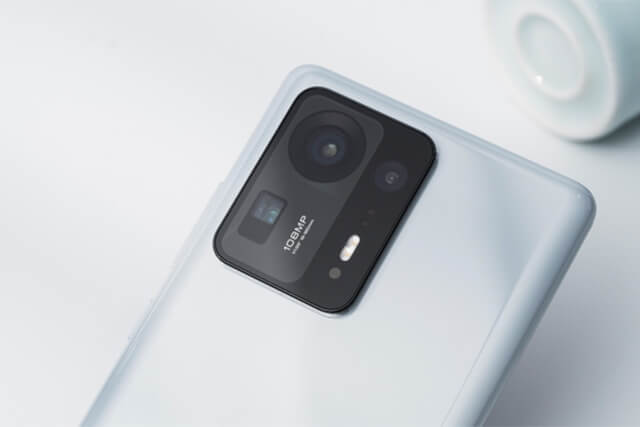 In terms of hardware, the update of Xiaomi MIX 4 is still very interesting. The screen, processor, and camera are all top in the industry, but it may not be enough for Xiaomi MIX 4.

In fact, Xiaomi MIX 4 also has the selling point of UWB. It is also the first domestic mobile phone to support UWB function. To put it simply, you only need to point your mobile phone to a certain device, such as a fan, TV, etc., and you can directly control it, and the mobile phone becomes a remote control in seconds.

But this also requires that the device also supports UWB. The OLED TV that was unveiled at the press conference last night already supports this function, and the old device can be used with Xiaomi’s One Finger Connect partner, just like the original air-conditioned WiFi partner.

In addition, there are some soft selling points such as “the strongest anti-lost in history” and system-level translation. Do you think MIX is enough? 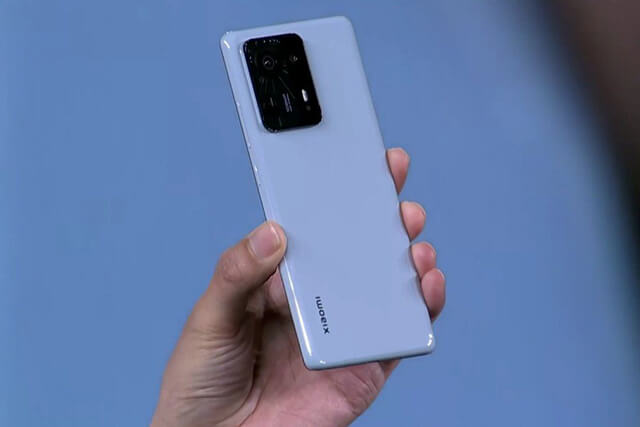 The Xiaomi MIX 3 in 2018 is not a very successful product, but at that time Xiaomi’s positioning of it was actually very clear-a full-screen high-end business flagship. By the time of Xiaomi MIX 4, Xiaomi MIX series is already the flagship of the real deal.

Combined with the current goals of Xiaomi and the overall market environment, the mission of Xiaomi MIX 4 is already obvious-to further explore the high-end market.

For Xiaomi, if it wants to enter the high-end market, the MIX series is undoubtedly the best combination of digital series. The pricing and differentiation of Xiaomi MIX 4 and Xiaomi 11 Ultra can be seen. In the future, if you want to make a combination with the MIX FOLD series. , Then Xiaomi’s layout in the high-end flagship market will be very complete. From this point of view, Xiaomi MIX 4 can no longer be a spiritual totem, but an important brand support for Xiaomi’s impact on the high-end.