You are here: Home 2020 October iPhone12 Is Finally Available: The Whole Series Supports 5G And Uses 5nm Chip For The First Time

The iPhone 12 has finally arrived. The 6.1-inch screen is 11% thinner than the previous generation, 15% smaller in size, and 16% lighter. It is also equipped with the latest A14 bionic chip.

At 1 am on October 14th, Beijing time, Apple held its second press conference this fall, and the much-anticipated iPhone 12 has finally arrived.

This is Apple’s first iPhone to support 5G network, and it is supported by all systems. As previously predicted by the market, there are four models: iPhone 12 mini, iPhone 12, iPhone 12 Pro and iPhone 12 Pro Max

Apple CEO Tim Cook announced at the scene that the iPhone is about to enter the 5G era. He said that 5G is faster, has lower latency, and has advantages in privacy and security because it does not need to connect to public hotspots. The CEO of Verizon, the largest telecommunications operator in the United States, said at the scene that the iPhone can access Verizon’s 5G network. The ideal download speed can reach 4Gbps, and the uplink speed can reach 200Mbps.

In addition, the iPhone 12 will no longer provide wired headsets and chargers. Apple said that the reason for this decision is to save packaging materials and reduce the impact on the environment. Without these accessories, the new packaging box will also Can be thinner and lighter. In terms of charging, Apple will use an upgraded wireless charging system MagSafe system.

The first mobile phone to use a 5nm chip

According to Apple, the iPhone 12 is equipped with a 6.1-inch screen with a smaller frame, 11% thinner than the previous generation, 15% smaller in size, and 16% lighter in weight. iPhone 12 is also equipped with the latest A14 bionic chip, which has been used on the iPad Air released in September. The A14 chip is based on 5nm process technology, which is also the first smartphone to use a 5nm chip, integrating 11.8 billion transistors.

In terms of 5G performance, Apple said that in its smart data mode, the ideal 5G download and upload speeds have reached 4Gbps and 200Mbps, respectively, and up to 1Gbps under normal conditions.

In order to support the 5G network, Apple redesigned the iPhone 12 frame, including the antenna in the aluminum middle frame. In terms of network, iPhone 12 is optimized for 5G network and has a smart data mode. It will determine whether the user needs a 5G network, and automatically select 4G or 5G.

Apple said that all iPhone 12s in the US support 5G millimeter waves. Through cooperation with operators, the maximum network speed can reach 3.5Gbps under ideal conditions. 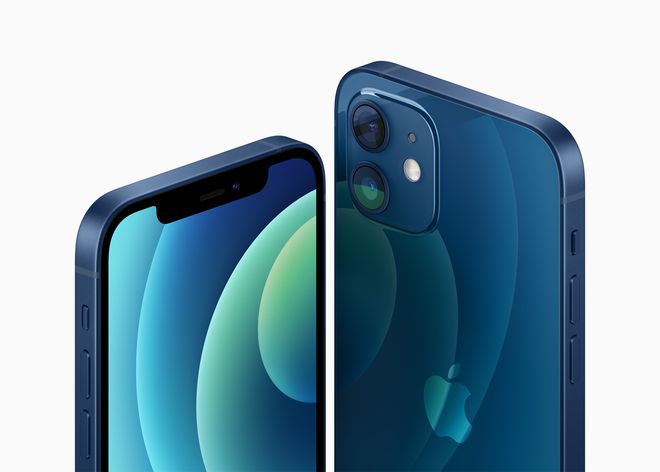 In terms of screen, the iPhone 12 uses a new right-angle and front and rear double-sided glass design. The 6.1-inch screen is changed from the iPhone 11’s LCD to OLED. The pixels are twice that of the iPhone 11. The screen glass is a super-ceramic panel. According to Apple, this material is stronger than any smartphone glass, and its drop performance is 4 times higher. It is the biggest leap in reliability in the history of the iPhone.

In the mobile phone lens, the A14 chip allows the iPhone12 to have a new dual-camera system, including a 12-megapixel ultra-wide-angle lens with an aperture of f/1.6. This is also the first iPhone equipped with a seven-lens camera. Apple claims that the new technology has improved camera photography in low-light environments, and the night scene mode and the use of ultra-wide-angle lenses have been improved, and the performance has increased by 27% compared with iPhone 11.

iPhone12 mini has a 5.4-inch screen, which is “the world’s smallest, thinnest and lightest 5G mobile phone”, and its hardware configuration is the same as that of iPhone12.

The higher specification is iPhone12 Pro/Pro Max. The two phones have two sizes of 6.1/6.7 inches. The design of this product is the same as the previous two, but it is equipped with three rear cameras. In design, the iPhone 12 Pro series uses a more advanced stainless steel material. Apple claims that the dustproof and waterproof rating reaches IP68, which can last for 30 minutes at 6 meters underwater. 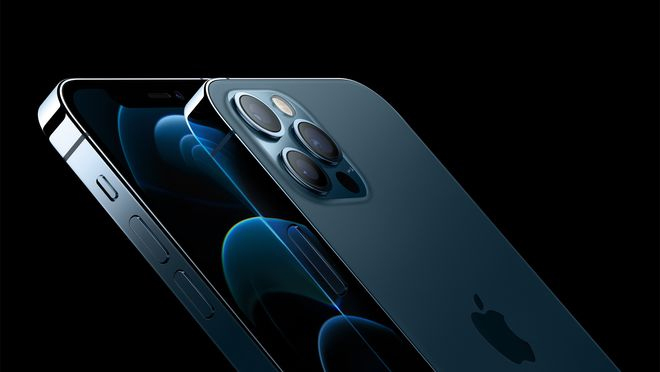 In terms of cameras, Apple introduced that the more powerful camera systems of the two mobile phones can subsequently take photos in Apple ProRaw format, and for the first time support Dolby Vision photography experience up to 60fps throughout the video shooting.

The iPhone 12 Pro has a new ƒ/1.6 aperture seven-lens wide-angle camera, the shooting speed has created an iPhone’s record, and the low-light shooting performance of photos and videos has increased by 27%; the ultra-wide-angle camera has a viewing angle of 120 degrees, which is very suitable for narrow Capture more scenes in locations or wide landscapes; the telephoto camera has a focal length of 52 mm and a 4x optical zoom range, making it ideal for taking wonderful portraits.

iPhone 12 Pro Max takes the Pro-level camera system experience to the next level. The sensor size of the new ƒ/1.6 aperture wide-angle camera has been increased by 47%, the pixel size has been increased to 1.7 microns, and the low-light shooting performance has increased by 87%. This model is also equipped with an ultra-wide-angle camera with a wide field of view, and a 65mm focal length telephoto camera, which can take close-up shots or more compact pictures more flexibly. In addition, the system can achieve 5x optical zoom as a whole.