On March 10, 2020, the new upgrade of the VIVO NEX series NEX 3S was officially released online. There are a lot of so-called evaluations about this phone, but in fact people with clear eyes can see that this is an upgraded version of the NEX 3 series that was launched last year, and even the appearance is exactly the same. But the brand-new internal, including the processor to the memory, has a qualitative improvement, including the Wi-Fi standard has been upgraded from 5 to 6, and it is said that it can be achieved with the Wi-Fi 6 router. 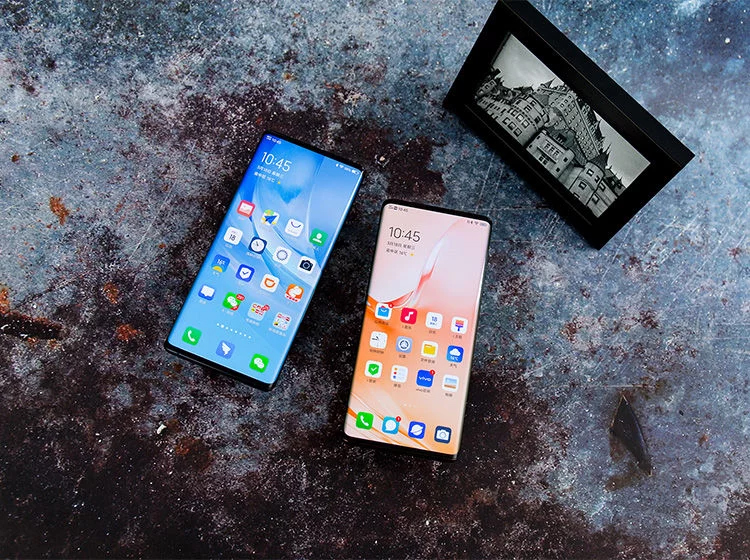 But what about the real situation? Please see our actual test.

The Android version has a qualitative difference 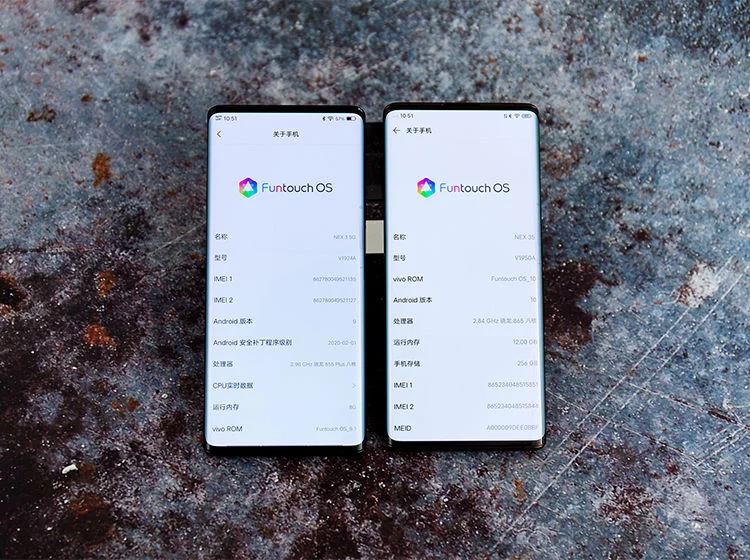 In actual operation, the two enter the background from the middle of the bottom of the fuselage, and the direction of the shortcut menu is different. The VIVO NEX 3 5G of Funtouch OS 9.1 swipes up from the bottom left of the bottom and NEX 3S Pull down directly from the top, this is more in line with the current trend. 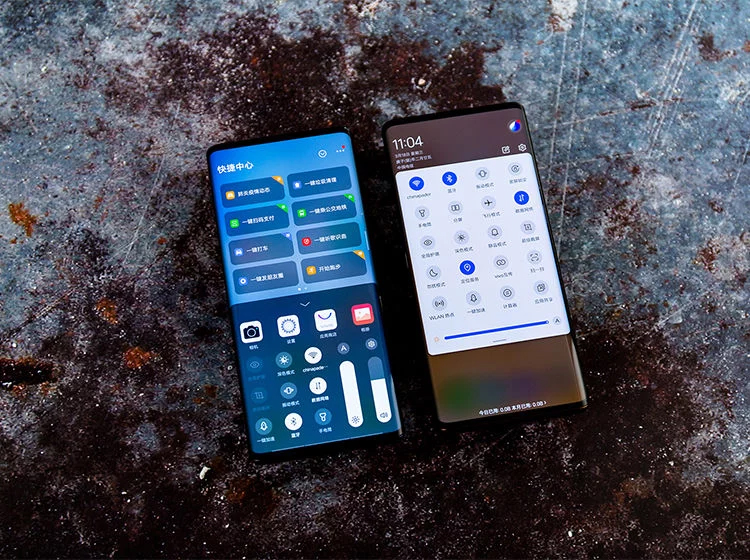 The hardware difference is big, the latest Snapdragon 865 platform is really fragrant!

At the 2019 Snapdragon Technology Summit on December 3, 2019, Qualcomm officially released the Snapdragon 865 mobile platform, which is Qualcomm’s second-generation 5G platform, and has a comprehensive upgrade compared to the Snapdragon 855 platform.

What’s the actual situation? Let’s take a look at the gap with Antutu. 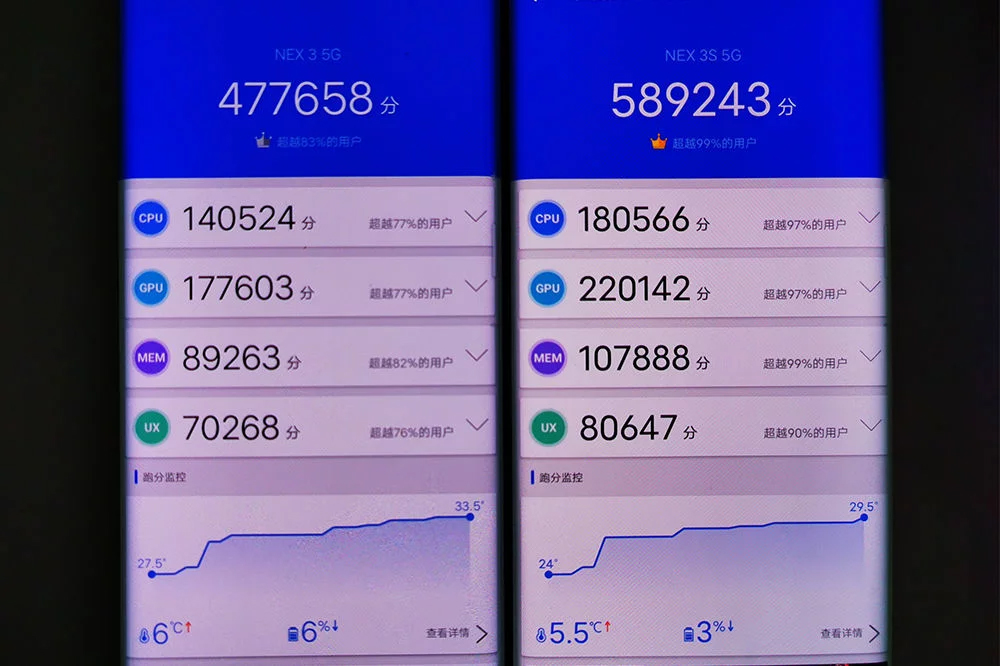 The VIVO NEX 3 5G follow-up score is 477,658 points, of which the CPU item score is 140524 points, while the NEX 3S running score is 589,243, an increase of 23%, which is basically consistent with the data announced at the Qualcomm press conference. The CPU score is 180566, an increase of 28%, which indeed proves that the performance improvement of the 865 platform is quite large, far exceeding the improvement level of the previous generation. 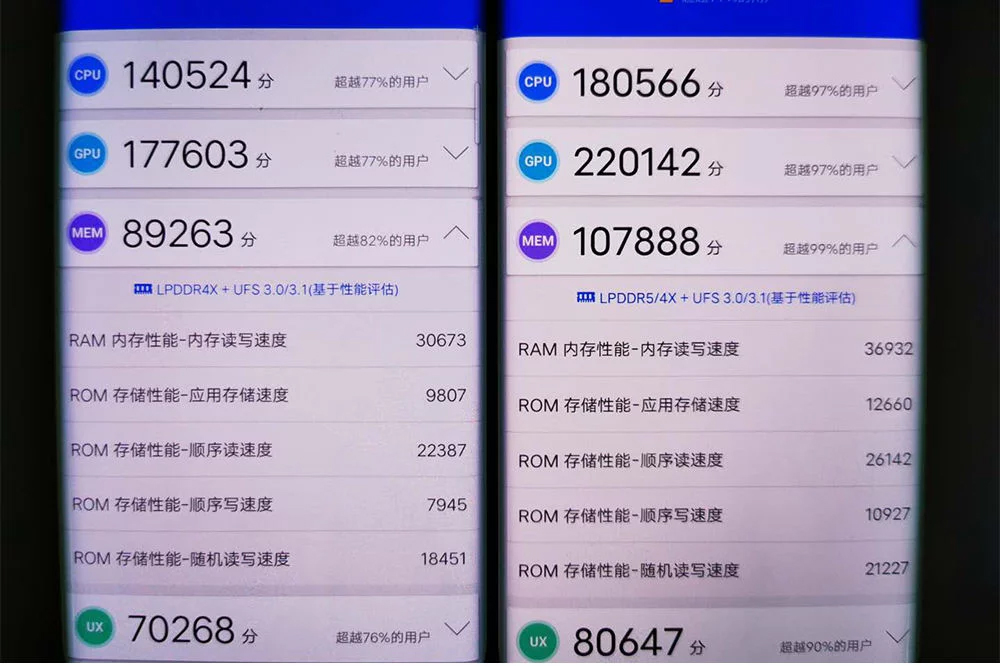 In the tests of UFS3.1 and LPDDR5, there was only a 15% increase, which proved that the effect was not as obvious as some manufacturers boasted. 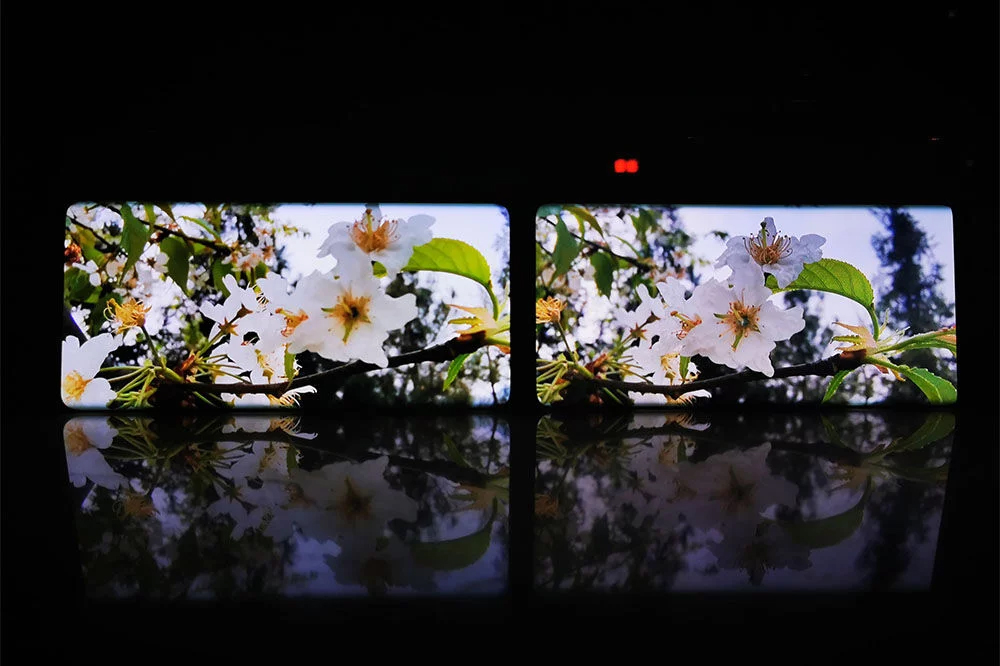 The current mainstream 1080p is actually the original 16:9 body ratio, and the vertical and horizontal ratio is strictly controlled, which is 1920×1080. The resolution of the current 18:9 screen mobile phone is 1080 pixels in the vertical direction, but the horizontal direction exceeds 1920 of the standard FHD, so it is called FHD+. Although this FHD+ resolution seems to be very high, but know that the screen is actually bigger and longer. Therefore, the extra pixels completely fill the screen length, so if compared with the FHD screen, There is no difference. 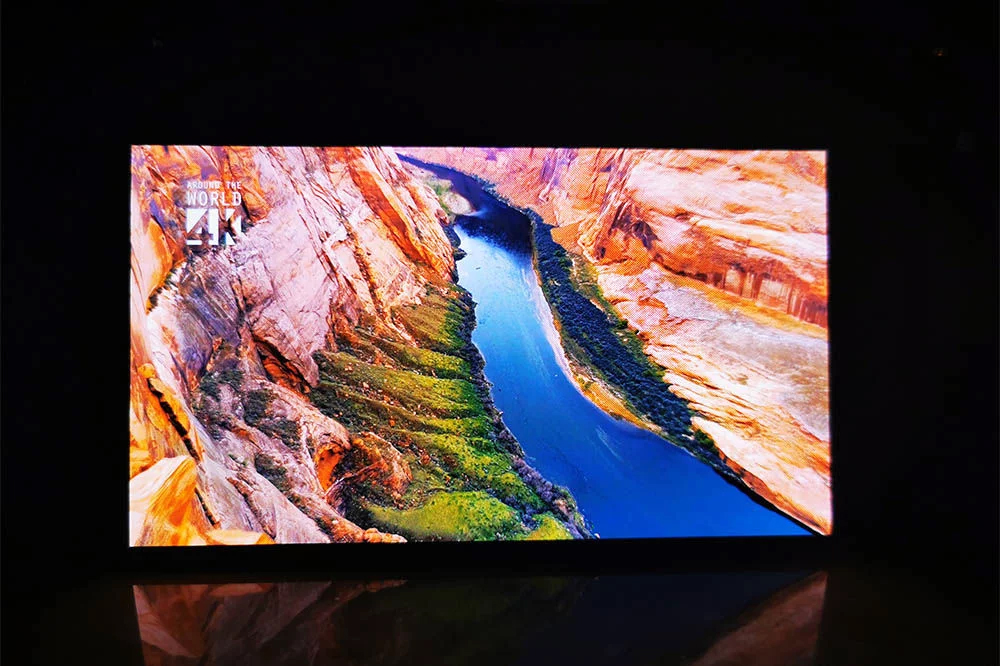 This is the 6.89-inch Samsung E3 Super AMOLED screen specially customized by NEX 3. Its left and right bending angles are close to 90 degrees, and it has a 99.6% ultra-high screen ratio flexible screen. Even without considering the actual material cost, this unbounded waterfall screen The R&D investment is more than 200 million RMB!

In NEX 3S, the screen is still used as usual, including support for 100% P3, sRGB, and HDR10 standards. The display brightness is up to 800nits and the minimum is 1.9nits. Eye protection certification to reduce blue light hazards. 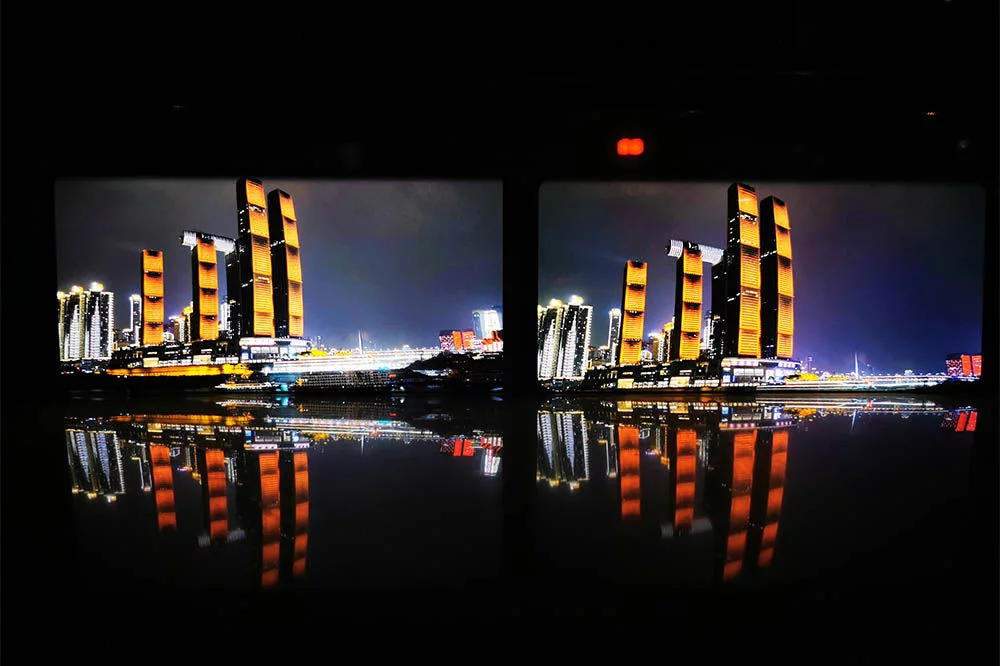 As can be seen from the above two demo pictures, there is no obvious difference in the screen display effect of the two mobile phones.

Compared with NEX 3 5G, NEX 3S, because of the upgrade of CPU platform, Qualcomm Snapdragon 865 blessing, so the new generation of machines has two major new features: The first is that 5G realizes NSA/SA dual mode, that is to say, your The mobile phone will no longer be a “burning stick” because the three major operators in China have upgraded their network standards and because they do not support the SA network. The second is to upgrade from Wi-Fi5 to Wi-Fi6. It is said that the highest concurrent speed can reach 9.6Gbps.

Photographing: Focusing on the human eye is a highlight

NEX 3 5G and NEX 3S are the three main cameras on the back, which are the 64 million ultra-high-pixel main camera, and are also equipped with a 13-megapixel wide-angle/macro lens and a 13-megapixel telephoto lens. 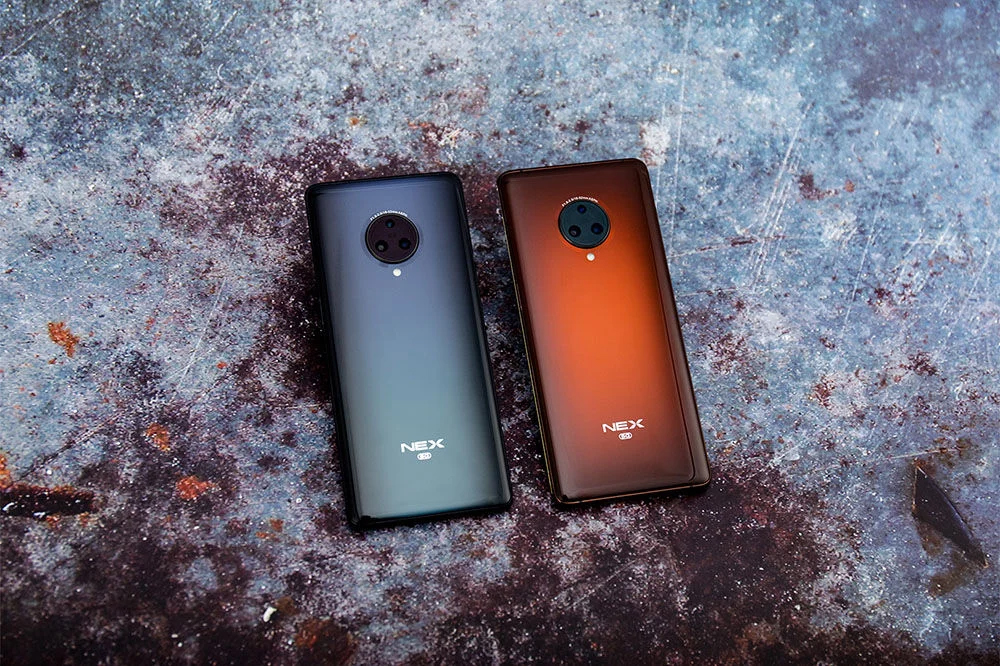 Here are a few proofs in normal mode, because the format is cut to 3:2 ratio. 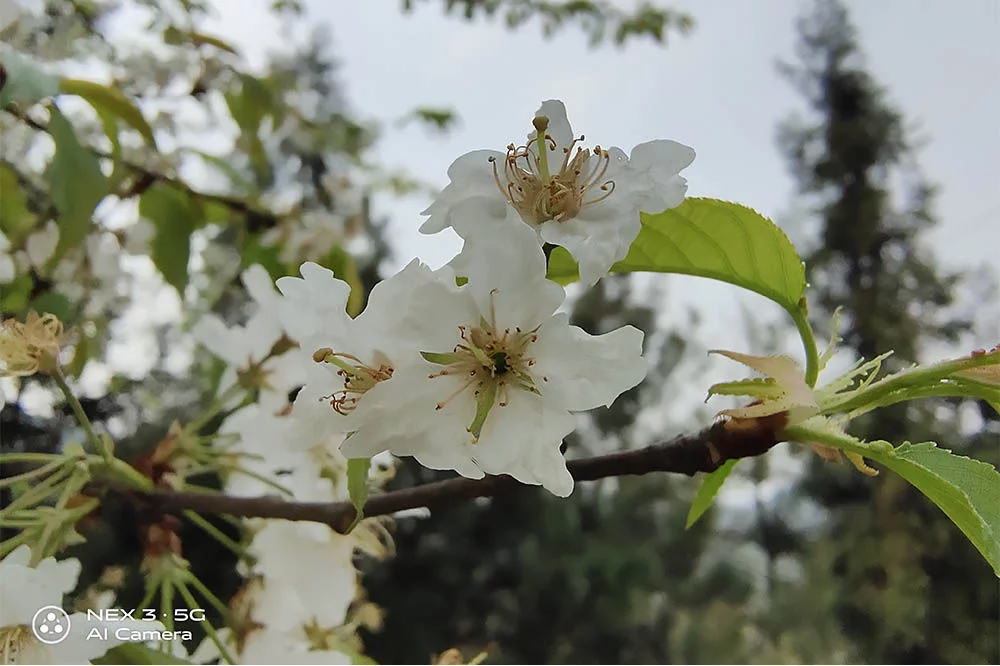 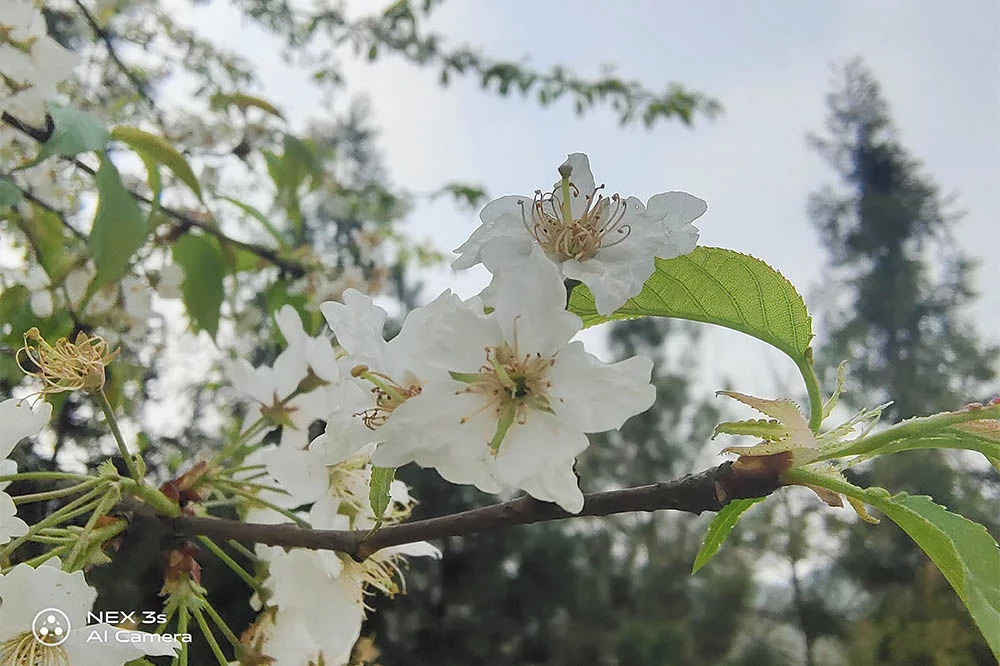 In the above two photos taken with a large aperture, the light is not overexposed, the nearby stamens are clearly visible, and the branches on the back are blurred and natural. In addition, this picture has a strong backlight when shooting, but with the support of the NEX 3 5G super backlight function, the light and shadow on the background of the screen appear very natural, without a little abrupt feeling. The sky of NEX 3S looks brighter, with the same environment and focus mode, which proves that the adjustment must be changed. 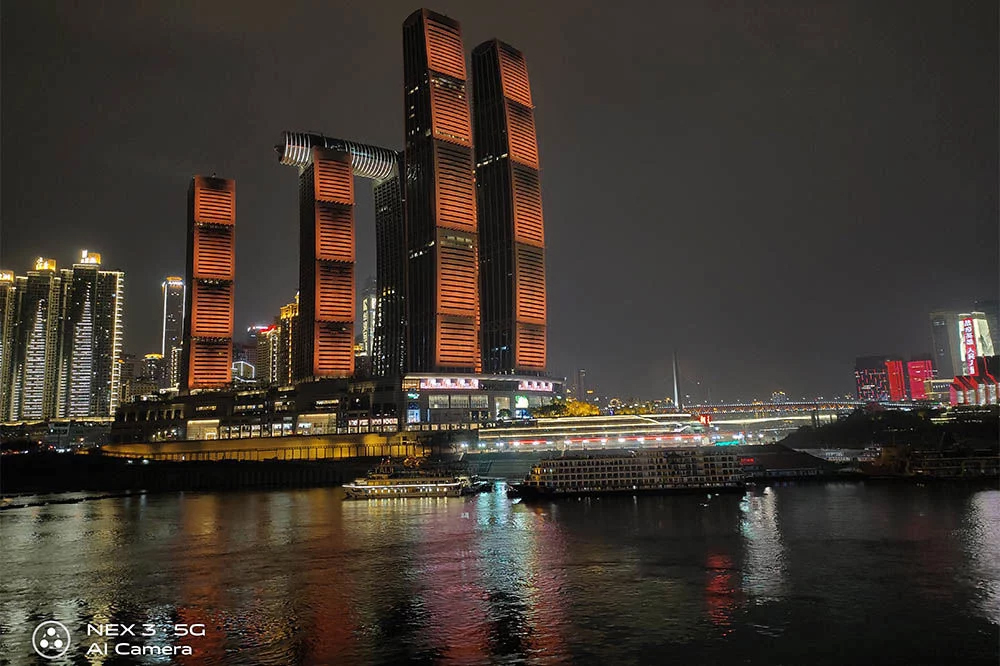 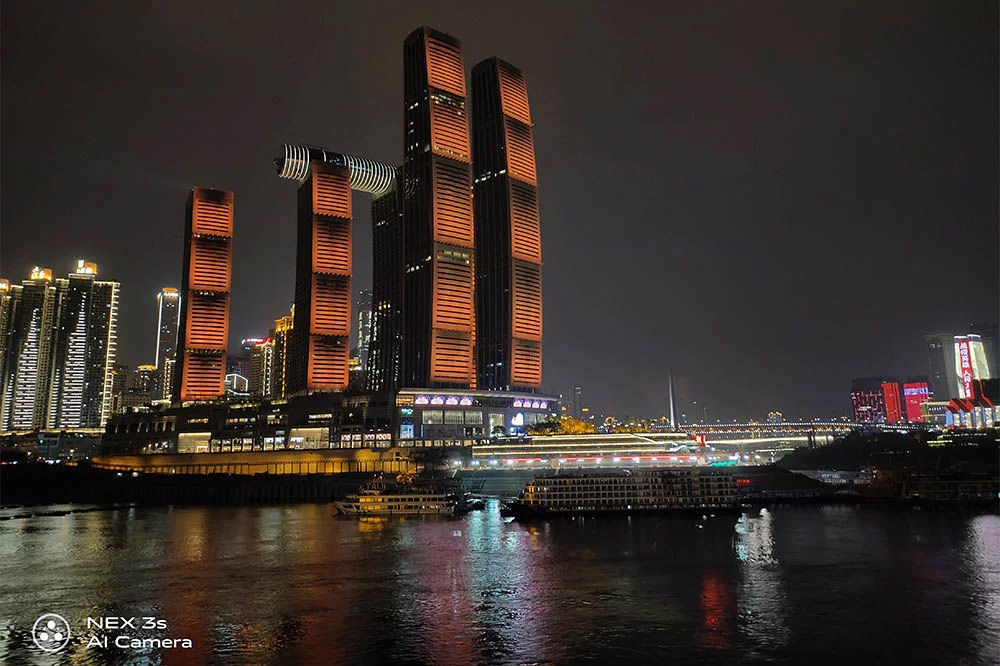 In the night scene mode, objectively speaking, it is pretty good, but there is still room for improvement compared to other manufacturers, such as the obvious noise of the sky, the highlights of the buildings have proof compression, but if you look closely, you will find that NEX3S The color is slightly more positive, this may also be an improvement!

Write at the end:

Objectively speaking, NEX3 is really a good mobile phone, especially the display effect and shape of this 200 million screen is definitely a first-class product at that time. Although it is in the handover period of 4G and 5G, the combination of Snapdragon 855Plus processor + Qualcomm X50 5G baseband is fully capable of meeting all the application requirements of the initial period of 5G.

The emergence of NEX3S has made up for the 5G dual-mode and CPU platforms and other hardware and 5G shortcomings, in line with the current mainstream product hardware trend, but also blocked the video EIS anti-shake short board. From this In a word, NEX 3S can really be regarded as one of the best 5G Android machines at present!

OnePlus 8 Pro Review: the Flagship Is Not Only the Screen, But Also the Perfect Experience