You are here: Home 2021 May HUAWEI Router H6: Equipped With HarmonyOS Pave The Way For The Whole-Home Smart

On May 19, 2021, Huawei held a full-scenario smart life new product launch conference and officially released its first whole-house Wi-Fi product equipped with HarmonyOS system-Huawei router H6. As the “hub” for the first step in the realization of whole-house intelligence, Huawei Router H6 has the characteristics of high-speed and full coverage, ease of use, efficient networking, and intelligent security. It can easily solve the problem of large-scale Wi-Fi coverage and bring users High-speed and stable internet experience.

Huawei router H6 adopts PoE router + panel AP networking mode, which is suitable for households that have embedded network cables or are about to renovate wiring. The package includes 1 mother router, 1 child router Pro version, and 2 child router standard versions. The route can connect up to 6 sub-routes. For houses with a larger area, a larger number of sub-routes can also be arranged through the cascade between the parent routes to achieve full house coverage. 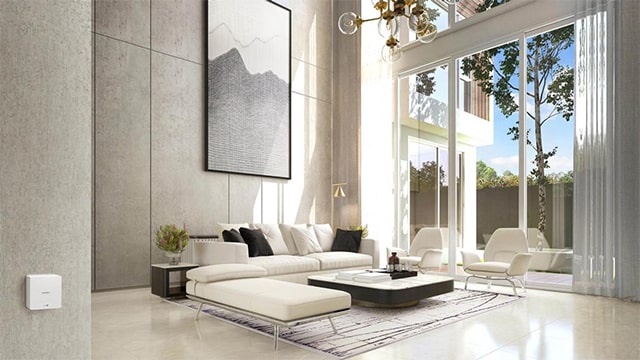 In terms of speed, Huawei Wi-Fi 6+ technology provides a large bandwidth of 160MHz and a high rate of 3000Mbps, which can bring a fast Internet experience. Based on the dynamic narrow bandwidth technology, it can penetrate one more wall and let the full-frame signal be enjoyed everywhere.

Huawei router H6 mother router is small and exquisite. It can be “hidden” in the distribution box at the entrance. It is completely invisible in daily life. The child router adopts the standard 86 panel size, plug and play, no additional power supply is required, and the acrylic adhesive on the back can be stably attached to The original panel is easy to install and deploy, and it can be easily completed without any tools and technical thresholds.

Huawei Hongmeng Mesh+ feature blessing can combine Huawei Wi-Fi routers more efficiently to form a unified and coordinated whole, which not only optimizes the connection between routing and routing, but also optimizes the connection between routing and Internet equipment, and expands performance. Stronger, better user experience. Super seamless roaming function, supports 9 kinds of roaming algorithms, so that the mobile phone can switch hotspots more smoothly during the movement. According to Huawei laboratory data, the roaming delay is as low as 20ms. Application scenarios such as games, live broadcasts, and video calls can be realized without stuttering, No interruption. Based on this technology, Huawei Router H6 achieves a performance/function 1+1>2 change between every two routers, allowing you to enjoy the infinite pleasure brought by high-speed network no matter where you are in your home. 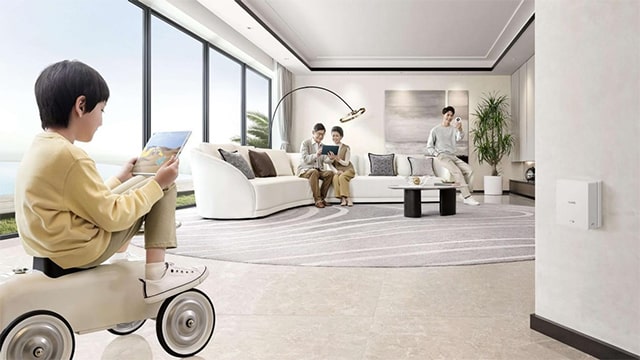 The reason why Huawei router H6 has a strong signal coverage capability is also due to the multiple high-performance signal amplifiers carried in the sub-router. Among them, the standard version of the sub-router has two built-in ones, and the Pro version has four built-in ones. Not only that, the Huawei router H6 sub-router is also equipped with a microsecond smart positioning antenna, which can track and locate mobile phones, tablets, computers and other Internet devices in the wireless coverage area in real time, using the most suitable high-gain antenna and optimizing interference. The “target” performs accurate transmission, thereby improving transmission performance, so that where the user goes, where the good signal follows.

In addition to signal coverage and network speed, the security issues of wireless routers must not be ignored. As the flagship product of Huawei’s whole house Wi-Fi series, Huawei router H6 is the first whole house Wi-Fi product equipped with HarmonyOS. The deployment of micro-kernel-level hardware security capabilities improves the security of equipment in all scenarios.

Huawei router H6 also supports HUAWEI HomeSecTM technology, which protects user privacy and network security through multiple security protections. It supports functions such as brute force cracking, anti-scratching network, anti-peeping, and camera anti-hijacking. After entering the password to connect to Wi-Fi, you need to Access to the Internet can only be authorized by the owner to prevent strangers from rubbing the Internet by cracking the software, and ensuring the safety and credibility of the access device. 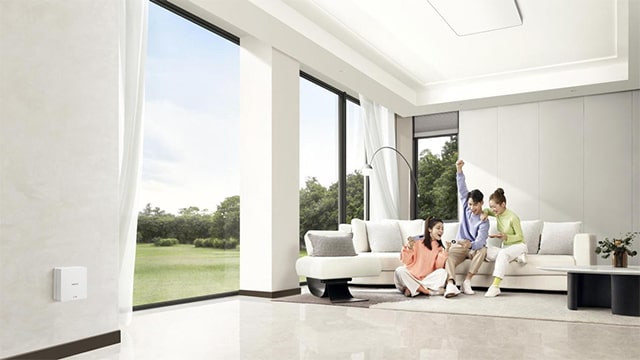 What is 5G Routers?