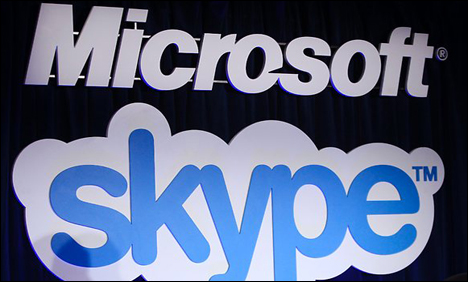 Cisco, the biggest maker of networking equipment, said that it is challenging Microsoft’s $8.5 billion takeover of Skype at the European Union’s top court to ensure Microsoft won’t block other video conferencing services.

The move underscores how Cisco and Microsoft, which dominate long-separate sectors in technology, are increasingly colliding as video communications becomes more important to both companies.

Cisco, the networking giant, said that it would ask the General Court of the European Union to place conditions on the merger. Cisco said it doesn’t oppose the merger overall, but wants regulators in Europe to set conditions requiring Skype’s video-conferencing service to operate with competing products.

“Imagine how difficult it would be if you were limited to calling people who only use the same carrier or if your phone could only call certain brands and not others,” Marthin De Beer, senior vice president of Cisco’s emerging-business group, wrote in a blog post Wednesday.

The European Commission, the EU’s antitrust watchdog, in October cleared Microsoft’s proposed acquisition of Skype. The merger, which closed a week after European approval, was one of Microsoft’s priciest acquisitions and is seen as an attempt by Microsoft to expand in the mobile-device market.

A Microsoft spokeswoman said European regulators had thoroughly reviewed the acquisition, with Cisco participating in the process, and approved the deal with no conditions. “We’re confident the Commission’s decision will stand up on appeal,” she said.

While Microsoft still is best known for software and Cisco for networking, both companies have become big players in the growing market for so-called unified-communications services that combine email, voice, and other technologies to make it easier to collaborate. The competition between the two companies has become so heated over the years that in 2007 Cisco Chief Executive John Chambers and his Microsoft counterpart, Steve Ballmer, held a joint press conference moderated by talk-show host Charlie Rose to reassure customers that the companies would still work together.

Competitive issues flared up again in 2011, when Microsoft released a new version of its unified-communications product, which has proved popular. Microsoft said it is adding Skype to this product, which could give it a boost against Cisco.

“The standards discussion is a legitimate one but that’s not why this is going on,” said Henry Dewing, an analyst at Forrester Research. The real focus is competition, he said, with Cisco “trying to slow down Microsoft’s momentum.”

Cisco’s push to make it easy for video systems to work together caught some off guard. “It’s interesting that Cisco claims to be embracing open standards,” said Colin Buechler, chief executive of LifeSize, the video-conferencing unit of Logitech International SA. He notes that competitors have long said that Cisco’s video-conferencing systems don’t easily connect with others.

Cisco’s Mr. Chambers repeatedly has said increased use of video communication will be an important technological trend in coming years. Currently, many of the most popular online video-calling products aren’t compatible with one another.

“Our goal is to make video calling as easy and seamless as email is today,” Mr. De Beer said.

An appeals process at the EU could take years, said Hillard Sterling, a partner at Lewis Brisbois Bisgaard & Smith LLP who isn’t involved in the case. While companies sometimes settle such matters, “Microsoft is very used to lengthy cases that impose burdens and huge attorneys’ fees,” Mr. Sterling added. “It certainly has gained a tolerance for riding through these cases and not being intimidated by the costs and burdens.”

Notes: Cisco blog also uploaded a post title “Video to Video Communication is the Future”. It seems to suggest Cisco’s reason for not objecting to the merger from the get-go: They’re not against the merger, or so they say. And indeed Cisco didn’t make any such noises when the deal was first announced last year.