You are here: Home 2012 February Cisco CTO: Software is becoming a Core Competency for Us 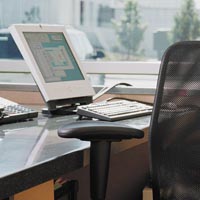 Cisco’s chief technology officer has claimed that software will soon be seen as one of the vendor’s “core competencies”, with the aim of creating a networking operating system that is more intelligent and contextualised.

“We are on this journey to transform software to be much more of a competitive advantage for us, and evolve from legacy ways of thinking about operating systems to newer ways of creating networking operating systems that are much more intelligent and contextualised,” she said in a keynote speech. “The aim is to drive lower total cost of ownership for customers, ease of deployment, as well as being able to deliver more capability quicker.”

Warrior said that network administrators’ roles will change, because rather than just focusing on how applications and devices connect to the network, they will also have to look at the performance of the application on the network, make adjustments to packet transfer rates and integrate virtualisation into the network operating system.

The company plans to create APIs to aid application integration, and start integrating virtualisation natively into the operating system.

The announcement was made as part of a wider discussion of Cisco’s roadmap, which involves consolidating its product portfolio into five categories: data centre, enterprise, service provider, collaboration and security.

Warrior said that the priorities of service providers differ from those of data centre managers – with the “campus” (corporate area network) tending to be more focused on addressing mobility, driving wireless convergence and enabling network services, while data centres are more interested in virtualisation, cloud, security, load balancing, and management.

However, she acknowledged that demand is growing for a more harmonised network architecture, and said that the company plans to introduce “cross-pollination” features between IOS (for routers) and NX-OS (for converged data centre products).

Cisco also has plans to build out its cloud offerings, with a four-pillar strategy to help customers build private, public and hybrid clouds on its Unified Computing System (UCS). The company promised to “extend its leadership in virtualisation,” and develop its Integrated Services Router (ISR) to allow users to access services on every campus.

UCS now has 10,000 customers worldwide and a run rate of over $1 billion. Warrior described it as a “game-changing technology”, and claimed that Cisco is two years ahead of its competitors in terms of integrating compute, network and virtualisation.

Meanwhile, Cisco said that it would continue its work in mobile, video and collaboration. Only last week, the company announced a major initiative to better integrate its various collaboration products and to give their interfaces a uniform, consistent design – in order to make them easier to use and more effective at helping employees work with each other.

“Opportunities in the next decade will lie in integrating mobile, social and virtual together,” said Warrior. “We believe the network is the foundation to drive business value and country transformation, and Cisco’s intelligent network is at the center.”