You are here: Home 2012 February Cisco: What Mobile Internet Traffic Will Look Like by 2016? 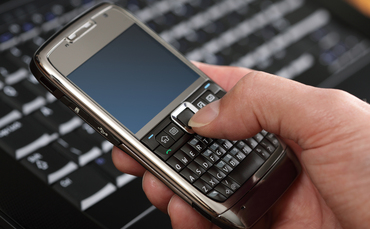 From these findings and forecast, there are several data points from the mobile data VNI we can ponder:

That’s the annual run-rate of global mobile data traffic expected by 2016, according to Cisco. Not only is that an amount of data equivalent to 33 billion DVDs or 813 quadrillion SMS text messages, it’s also 130 times more than all IP traffic generated in the year 2000, not even two decades earlier.

That’s a higher number and a higher CAGR, Doug Webster, Cisco’s senior director of service provider marketing, pointed out, than was in the mobile data VNI report Cisco released last year. That report held that traffic would reach about 6.3 exabytes per month by 2015, while the current report has 2015’s number at 6.9 exabytes per month.

“The rise of the mobile Internet is no longer a separate service in and of itself — it’s mimicking the fixed network,” Webster said. “We’re seeing much the same growth we saw in fixed IP networks in 2000, and that’s creating a need for seamless mobility between a service provider network and the enterprise network.”

Cisco said it bases the data — i.e. whether it’s counted as business usage or consumer usage — on who pays for the connection, said Arielle Sumits, a researcher on Cisco’s VNI team. Consumer will represent a larger piece of the overall pie — 76.9 percent of the exabytes per month consumption by 2016, vs. 23.1 percent for business users, but Sumits and Webster admitted the lines between business and consumer usage will continue to blur.

SPs Should Be Thankful For Wi-Fi

The network technology intelligence needed to do that efficiently is also arriving, Webster said, giving the example of someone talking on a mobile phone while in a car and then having an automatic switch-over to a home fem-to-cell upon arriving at his house.

“It’s seamless mobility, but it takes a great deal of network intelligence to make that happen,” he said.

According to Cisco, by 2016, 22 percent of mobile data traffic will be off-loaded traffic from mobile devices, compared with 11 percent in 2011.

APAC Is the Hungriest Hippo

Not surprisingly, the Asia Pacific region, including Japan, is expected to generate 40 percent of all mobile data traffic by 2016, with Western Europe (22.56 percent) and North America (18.18 percent) a distant second and third. It’s the Middle East and Africa region that will have the highest compound annual growth rate in traffic from 2011 to 2016, however. Cisco expects the region to grow 104 percent during that time frame.

By 2016, Cisco sees 60 percent of mobile users — about 3 billion people — as generating more than 1 gigabyte of mobile data traffic per month. That’s a big number of data hogs compared to 2011, where the percentage was 0.5 percent, according to Cisco.

Cisco pegs the number of mobile connections per capita at 1.4, including both mobile devices and machine to machine (M2M) connections. Cisco also sees more than 10 billion mobile connections by 2016, compared to the United Nations global population estimate of 7.3 billion people.

The VNI also suggests that one-quarter of all mobile users will have two or more mobile devices by 2016, compared with 8 percent of mobile users in 2011.

The emerging mobile data connection category to watch is machine-to-machine (M2M), whose traffic is predicted to increase 22 times from 2011 and 2016, to 508 potables per month compared to 23 petabytes in 2011.

By 2016, mobile video will account for 70.5 percent of mobile data traffic growth by application, with the mobile Web/data at a far distant 20.0 percent. Mobile M2M is the next biggest category, expected to be 4.7 percent, with mobile file sharing, mobile gaming and mobile VoIP lagging behind that, Cisco said.

The research is part of Cisco’s VNI series, an ongoing set of Cisco-developed research reports designed to predate global traffic growth, and the Global Mobile Data update focuses on consumer and business mobile data traffic and its key drivers. Cisco uses third-party sources for some of its data collection — such as service providers’ expectations for subscriber growth in certain market segments — but develops the research and conclusions in-house.