You are here: Home 2012 May LAN and Setup VLAN on a Cisco Switch

When I heard of the LAN and VLAN for the first time, I have nothing idea about it. What is it, and how is it used for? … So many doubts need to be dealt with. Have you ever wondered what a Virtual LAN (or VLAN) is or been unclear as to why you would want one? If so, I have been in your place at one time too. Since then, I have learned a lot about what a VLAN is and how it can help me. Now, I will share that tips with you. 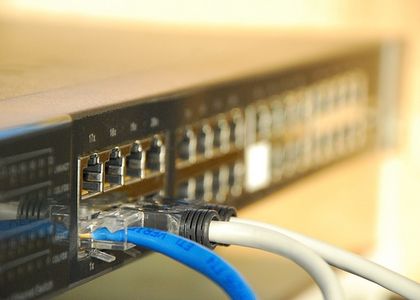 This works by, you, the administrator, putting some switch ports in a VLAN other than 1, the default VLAN. All ports in a single VLAN are in a single broadcast domain.

Because switches can talk to each other, some ports on switch A can be in VLAN 10 and other ports on switch B can be in VLAN 10. Broadcasts between these devices will not be seen on any other port in any other VLAN, other than 10. However, these devices can all communicate because they are on the same VLAN. Without additional configuration, they would not be able to communicate with any other devices, not in their VLAN.

It is important to point out that you don’t have to configure a VLAN until your network gets so large and has so much traffic that you need one. Many times, people are simply using VLAN’s because the network they are working on was already using them.

When do I Need a VLAN?

You need to consider using VLAN’s in any of the following situations:

Why not just Subnet My Network?

A common question is why not just subnet the network instead of using VLAN’s? Each VLAN should be in its own subnet. The benefit that a VLAN provides over a subnetted network is that devices in different physical locations, not going back to the same router, can be on the same network. The limitation of subnetting a network with a router is that all devices on that subnet must be connected to the same switch and that switch must be connected to a port on the router.

How can Devices on Different VLAN’s Communicate?

What is a Trunk Port?

When there is a link between two switches or a router and a switch that carries the traffic of more than one VLAN, that port is a trunk port.

A trunk port must run a special trunking protocol. The protocol used would be Cisco’s proprietary Inter-switch link (ISL) or the IEEE standard 802.1q.

How do I Create a VLAN?

Configuring VLAN’s can vary even between different models of Cisco switches. Your goal, no matter what the commands are, is to: 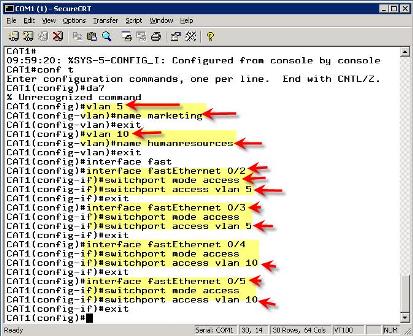 What do VLAN’s Offer?

VLAN’s offer higher performance for medium and large LAN’s because they limit broadcasts. As the amount of traffic and the number of devices grow, so does the number of broadcast packets. By using VLAN’s you are containing broadcasts.

VLAN’s also provide security because you are essentially putting one group of devices, in one VLAN, on their own network.

Analysis: How to Choose the Right Cisco Switches for Your LAN?

LAN, How to Set Up LAN Network?

Demo: How to Configure InterVLAN Routing On Layer 3 Switches?

How to Create an Inter-only VLAN on a Router?