As Cisco wraps up migrating its Catalyst 6500 installed base to either the E-series chassis or the Nexus platform, the company has plenty on tap next year for the venerable core switch.

Cisco is also plans to scale the Catalyst 6500 backplane beyond its current 80Gbps per slot to support features like 100G Ethernet, Soderbery said. Cisco is also going to add some of the data center and network virtualization capabilities now found on the Nexus platforms to the Catalyst 6500 – features like FabricPath/TRILL multiple active Ethernet paths, FEX fabric extension, and Locator/Identifier Separation Protocol (LISP). 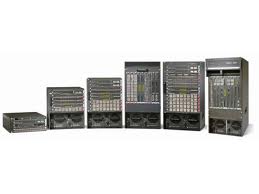 The company also plans on improving the size and form factor of the Catalyst 6500, where smaller boxes would have the same performance as a full, 13-slot chassis, Soderbery said.

“We have a vibrant roadmap for the Cat 6000,” he said. “So we’re going to be aggressive about pushing the 6k forward, optimizing around campus aggregation and core.”

Features like 100G Ethernet and scaling down the footprint of the high-end, 13-slot Catalyst 6513 is “obvious” ehancements, Soderbery said. But some, like adding Nexus data center fabric and virtualization features, may not be.

Cisco is in the latter stages of migrating its legacy Catalyst 6500 base to the E-series platforms with the new Sup 2T supervisor engine for campus networking, and to the Nexus switches in the data center. Of the 750,000 Catalyst 6500 chassis installed worldwide, the split between campus and data center deployment is roughly 50:50, Soderbery said, and 15% — or 112,000 – still need to move onto the E-series platforms.

The Sup2T migration is the fastest supervisor engine migration in the history for the Catalyst 6500, Soderbery said. Cisco has shipped 16,000 Sup2T’s to over 2,600 customers, and is on track to a $1 billion business in its current fiscal year, which ends in late July of 2013.

Whether in the data center or the campus, Soderbery says the “end state” for those deployments is managing those networks as fabrics. That’s why current data center-focused features like FabricPath, TRILL and FEX may find a home on the Catalyst 6500 campus core.

“We will be releasing over the next 12-18 months new innovations in the Cat 6k encompassing those technologies,” he said. “For campus use cases, we’re going to be focusing on continuing to invest in the Catalyst 6000.”

Getting LISP onto the Cisco Catalyst 6500 is a priority, Soderbery said. LISP, which separates an IP address location from its identity, can be used to better support mobility and more flexible network designs in the campus, he said.

LISP code is already resident in the IOS operating system of the Catalyst 6500, and Cisco is working with early adopters of the technology, Soderbery said. Others may follow.

“Campus customers care about reducing their cost of operation,” Soderbery said. “Anything that virtualizes and simplifies the campus environment is of benefit to IT organizations. FEX is something that we’re considering. FabricPath… we have the code if the application warrants it. More and more of those technologies we’ll release on the Cat 6k in calendar 2013.”

VXLAN, a specification written by Cisco, VMware, Arista, Broadcom, Citrix and Red Hat for scaling VLANs, is also under consideration as an enhancement to the Catalyst 6500, Soderbery said. IOS software release 15.01 SY1 for the Sup 2T already supports Cisco’s Easy Virtual Network for network virtualization, which is compatible with MPLS and VRF-Lite.

The upcoming fabric and virtualization features would align with Cisco Unified Access strategy announced this week. Unified Access is a way to stamp group-based IDs onto packets to identify a group of resources – such as servers and applications – that belong together, and for the network to enforce that grouping.

That’s where the new ASICs on tap for the Catalyst portfolio ostensibly come in. Soderbery would not go into detail on them – he said Cisco will reveal more about them early next year – but they will emphasize “service richness and programmability, with wire-speed capability.”

Soderbery notes that the Catalyst data plane becoming more software-oriented but still needs hardware acceleration. So what Cisco is trying to do – concurrently with its Cisco ONE programmability strategy and the rollout of the onePK API set on its three strategic operating systems – is to build more programmability into that data plane.

So if a new protocol is developed or added it can be easily programmed into the data plane of the Catalyst switches enforcing those policies and forwarding based on them.

Soderbery says the 2013 plan with the Catalyst 6500 is consistent with Cisco’s investment protection plan for the platform, which first debuted in 1999.

“Customers buy into the ‘evergreen’ value proposition of the Cat6000,” he said. “We are absolutely committed to the Cat6K as our evergreen solution for campus core networks.”