New technology that helps direct the

How To Get Your Girlfriend Back. Ways To Get Back Together With Your Ex Boyfriend Text Your Ex Back Free get your ex girlfriend backhow to get your man back

flow of information around data centers is becoming increasingly common in gear made by Cisco Systems Inc.’s CSCO competitors, challenging the Silicon Valley pioneer’s dominance in its core router-and-switch market. 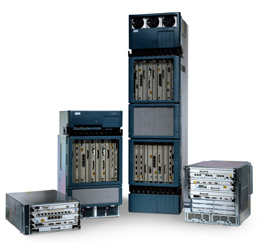 The concept, called software-defined networking, or SDN, allows companies to treat the mish-mash of equipment that underpins their data centers as if they were a single, seamless system. Many products use a standard known as OpenFlow, which analysts say could allow companies to buy more generic routers and switches and then reprogram them for their networking needs.

Using SDN could save companies money and enable them to employ fewer technicians. It’s not known how big the market is for software-defined networking products because the concept attracts many different definitions, but major providers of business technology–including VMware Inc. VMW, Hewlett Packard Corp. HPQ and International Business Machines Corp. IBM– are moving aggressively into the area.

For its part, Cisco has approached the so-called SDN trend with a standard they say is more complete than OpenFlow. Executives there are taking a wait-and-see attitude toward adopting the OpenFlow technology, which could undermine the company’s 68% enterprise-market share in routing and 74% hold on switches, according to research firm Gartner Inc.

“This is an unusual position for Cisco to be in in that they’re in the incumbent position and trying to protect their market share and profit margin,” Gartner analyst Joe Skorupa said. “For the first time in recent memory, six guys in a garage can potentially write an application and sell it into the networking world and not have to raise $100 million.”

Bigger technology companies such as Google Inc. (GOOG) already have outfitted massive data centers with OpenFlow-enabled gear and custom software, allowing one network technician to perform work that would take several in a traditional data center.

The potential savings make SDN products attractive. A single port on a high-volume network switch from Cisco or rival Juniper Networks Inc. (JNPR) might cost $250 or more, a price that reflects the companies’ unique hardware as well as added software and services. If large companies buy their own generic switches and seek network management software elsewhere, the price drops to about $45 a port, Mr. Skorupa said.

Florida-based Chen Medical Centers recently spent about $500,000 on routers, switches and other equipment to build out a new network, which must meet stiffer privacy requirements than some other networks to comply with federal medical privacy law. Cas Mollien, the company’s director of infrastructure, said Chen considered several options before choosing all H-P gear “because of their support for software-defined networking and OpenFlow.”

“There’s only a few vendors that have really jumped on the bandwagon,” Mr. Mollien said.

Juniper Networks disputes the idea that such technology will erode its hardware margins. Still, company vice president Brad Brooks said the revenue potential from OpenFlow and other free-to-license network protocols outweighs the risks of more competition.

Cisco strategists said discussions of OpenFlow and third-party network tools often miss the point of SDN, a concept that uses many other software features that Cisco already offers.

Few network engineers have the opportunity to build new systems from scratch, and fewer still are willing or able to throw out existing hardware to switch to cheaper products midstream. True SDN technology only will be productive if it works well with the network’s existing hardware, they added–and Cisco already sells more data-center hardware than any other major vendor.

Cisco so far only has introduced OpenFlow-enabled hardware for sale to universities and other research institutions that want to experiment with the protocol, though the company plans to deploy it to more of its products on a case-by-case basis.

“We’re not announcing vaporware,” said David Ward, chief technology officer of Cisco’s service provider business, using an industry term for unfinished products that are rushed to market. “The big Cisco machine is turned on… Our messaging is behind, but I think our technology is ahead.”