Cisco has long been a corporate social responsibility (CSR) trailblazer, and this year is no exception. The information technology giant recently released its 2012 CSR Report, which is an outstanding template of how to communicate and execute stakeholder engagement. Cisco’s report is also useful for explaining to the layperson about what the company does and how networking equipment works. CSR experts such as Susan McPherson are quick to tout Cisco as a corporate citizen–and this year is no different. 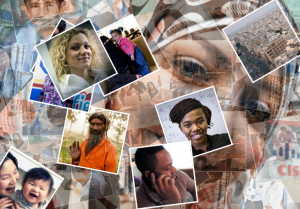 Some of this year’s key highlights, based on the Cisco’s materiality assessment, include:

Packaging: One of Cisco’s key challenges is managing its supply chain, including that pesky packaging. Cisco outsources all of its manufacturing and has over 600 suppliers–a huge opportunity and nightmare for any supply chain director. Because anything could go wrong from a product’s assembly to final delivery, the company’s packaging team undertakes a painstaking process to create more effective and environmentally friendly packaging. Last year, the company estimates it eliminated 757,000 pounds of paper and plastic waste for one product line alone. For its total shipments during FY2012, Cisco reduced its use of cardboard, plastic and paper by 466 metric tons.

Supplier Diversity: Cisco arguably has one of the most complex supply chains in the world. Many of its customers have requested information on the company’s supplier diversity policy, and the company has responded in kind. Some initiatives on this front, of course, are because of regulatory reasons–such as in the United States, where state and federal agencies require companies to be proactive about purchasing from women-and minority-owned businesses. But Cisco has also worked in Australia to develop business opportunities for Aboriginal and Torres Straight Islander Australians; in South Africa, the company purchases from black-owned businesses as part of the country’s Black Empowerment Initiative. And for 14 years, Cisco has been aggressive in increasing diversity throughout its supply chain, from developing the business skills of budding entrepreneurs to the mentorship of executives from its supplier companies.

Fighting Corruption and Bribery: Conducting business globally is fraught with risk, but Cisco consistently ranks highly for its commitment to strong corporate governance. Corporate ethics codes can be difficult for employees to understand–most of us probably skim through the document and then sign our name on the line. This year, however, the company has updated its code of business conduct to raise awareness of ethics issues even more amongst its employees while eliminating confusion. Cisco maintains an ethics hotline that is available in 150 languages; and a firm no-retaliation policy resulted in only 18 percent of ethics concerns reported anonymously. Ethics training and re-certification is updated annually and is rigorous–and based on survey data, employees are confident that they work for an ethical company with integrity.

Freedom of Expression: Cisco has been at the forefront of human rights and vigorously defends freedom of expression. While other IT firms have caved in to censorship demands of some governments worldwide, Cisco resists any attempts to participate in a “closed” internet. The company does not sell surveillance equipment to China, and ignored a tender request from the government of Pakistan to build a nationwide Internet filtering and blocking system.

Cisco’s 2012 CSR report is voluminous and yet an engaging read. Like Nike and UPS, Cisco sets the bar high for sustainability reporting.