As the networking giant, Cisco’s stock is always the focus for its investors, partners, the potential investors and partners. Its new policy, new network solution, new technical cooperation and Cisco new products. In a word, Cisco has a big influence in our modern times. Here, PHILIP MAUSE wrote “Apple 2012 Vs. Cisco 2000: A Distant Mirror And What It Tells Us” (posted at seekingalpha.com) to express his own opinions to share with us. What’s your idea? 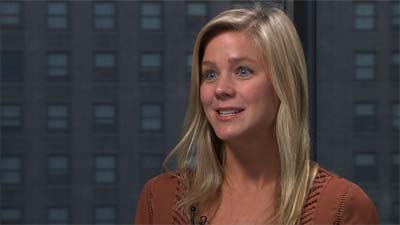 When one stock achieves an enormous market cap, it not only has an oversized impact on indices, but also tends to dominate investor psychology establishing a kind of “spirit of the age.” The stock has likely risen like a rocket on its way to the mega market cap level and the “buzz” around the stock can be deafening. Its advocates can point to enormous profits and the reliability with which the stock “always goes up”; its detractors claim that, like Icarus, it is flying too close to the sun and will imminently lose its wings.

In this regard, Apple, the iconic mega cap of this era, is often compared with Cisco, a stock which achieved similar notoriety in the late 90’s. I thought it would be interesting to compare these two and determine whether the comparison tells us anything useful. I have based my data on CSCO’s peak closing price of $80.06 achieved on March 27, 2000, and AAPL’s peak closing price of $702.10 achieved on September 19 of this year. I have also included data using AAPL’s Friday closing price of $527.68. The first table features total company data – I have given CSCO the benefit of the doubt and used data for fiscal 2000 (which ended July 29, 2000); use of an earlier time period would have produced lower numbers. For AAPL, I have used data for fiscal 2012, which ended September 29 of this year.

It is immediately apparent that “CSCO 2000” and “AAPL 2012” are very, very different companies – roughly an order of magnitude apart in size. AAPL has roughly 8 times the sales volume, 15 times the net income and 6 times the balance sheet cash of the old CSCO. In fact, AAPL could use its cash to buy the old CSCO for almost 50 times earnings. While sentiment can, in the short term, do almost anything to a stock’s price, in the intermediate and long run, AAPL’s cash flow and balance sheet cash will enable it to buy back shares, pay dividends and take other actions to cushion short-term drops in share price. CSCO in 2000 was in no such position. For example, AAPL’s cash hoard is equivalent more than 20% of its market cap; CSCO’s cash was less than 4% of its market cap.

Per share data tells a similar story. I am using basic share count which tends to advantage CSCO because its aggressive option program resulted in high number of fully diluted shares.

Again, we have strikingly different stories. CSCO was a wildly priced stock whose valuation made sense only with the most optimistic assumptions about future growth. It provided no dividend yield and was “cruising for a bruising” if the slightest doubts about its growth trajectory emerged. AAPL is now a dividend yielder priced for little or no growth – even without adjusting market cap for balance sheet cash.

I think that these tables tell us a few very useful things. Today’s market psychology is not the market psychology of the late 90’s. AAPL 2012 is not CSCO 2000. The fact that CSCO’s stock collapsed to trade now at one fifth its prior share price does not mean that the same thing will happen to AAPL. When a high-flying stock like AAPL is priced conservatively based on metrics like PE, dividend yield and balance sheet cash, we are not in the frothy kind of a market top we saw in the Winter of 1999-2000.

Yes, these is a lot that can go wrong here and we have just been through a financial panic which in some important ways was worse than the one that set off the Great Depression. But today’s overall market and individual stocks have to be judged on their own merits; analogies to Crash which started in 2000 have too many flaws to be useful here. AAPL must be evaluated based on its own merits. It may run into problems and decline precipitously in price. But its current pricing in the market bears no resemblance to CSCO 2000 and it is certainly not now priced for any aggressive assumptions about growth.

By the way, CSCO has matured into a nice value stock with generous dividend. I have described here why it is probably one of the best bargains in the market today. Maybe it is because so many investors have such bitter memories of losing so much money. Of course, those vivid memories do not tend to characterize the psychology of a market top.

Why Cisco Bought Meraki for $1.2 Billion in Cash?

Cisco to Acquire Meraki for $1.2 Billion