You are here: Home 2012 November Why Cisco Bought Meraki for $1.2 Billion in Cash?

Cisco has announced the acquisition of privately held cloud infrastructure provider Meraki for $1.2 billion in cash to complement and expand its networking offerings across mid-market 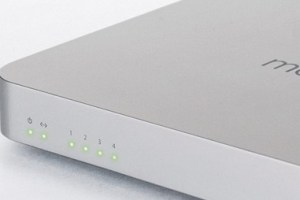 Meraki, a San Francisco-based company that came out of MIT Roofnet project, has been acquired by Cisco for $1.2 billion in cash. With $100 million in bookings for 2012, Meraki was reflection of the growing demand for WiFi in a smartphone & tablet infested world

Cisco Systems of San Jose, California, says it is buying Meraki Networks of San Francisco for around $1.2 billion in cash. The news of the deal leaked on Twitter, when Cisco accidentally posted the news on its blog and swiftly removed it, but it was too late. Cisco is hoping to focus on smaller and medium-sized campuses with Meraki and its products. 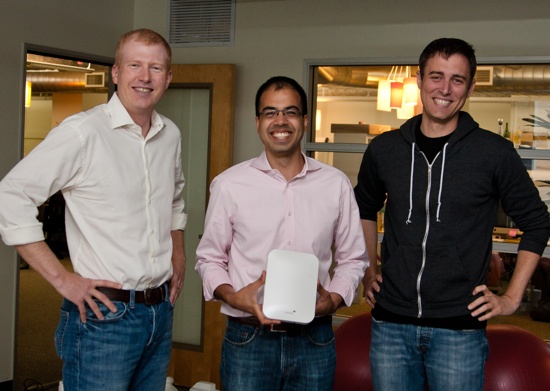 Meraki Rises from the Roofnet

The company, which makes WiFi gear focused on large campuses and corporations, was started in 2006 and emerged from an MIT research project, Roofnet. It was backed by Sequoia Capital and Google, and initially focused its energies on consumers and building municipal WiFi networks, including one in San Francisco.

When that proved to be a false start, the company shifted gears and started focusing on hotels in emerging markets, apartment complexes and eventually on the corporate market. We have been fans of Meraki and its mesh networking approach to wireless networks from the very beginning, when it was still part of MIT’s Roofnet. We’ve followed them on their journey for a long time now, including when Google had municipal wireless ambitions and invested in the company. The company even wired up our inaugural Green: Net conference. But it wasn’t till 2009 when the company hit its stride.

With a Little Boost from the iPhone

Meraki Networks’ rise has mirrored the importance of WiFi in both workplaces and in the networks. The growing popularity of smartphones and more recently tablets has resulted in everyone from hotels to corporations to telephone companies embracing WiFi and investing heavily in WiFi networks. In an interview in 2011, CEO and co-founder Sanjit Biswas told us:

“We used to have one device on Wi-Fi: our laptop,” says Biswas. “Then we had two devices — laptop and our phones using the Wi-Fi.” Soon, we will have multiple devices that are piggybacking off the Wi-Fi-based network connections. Biswas predicts that by 2012, we will have between four and five devices around us with Wi-Fi built into them.

The WiFi boom has been great for a handful of companies: Aruba Networks has seen is fortunes boom, despite economic troubles in Europe. Ruckus Wireless, which sells to carriers, went public last week and raised $126 million from the market. And Meraki was enjoying a good run as well.

In a letter to his employees, Biswas wrote:

When we started out six years ago, we were three guys at MIT wondering where our bootstrapped venture would take us over the next few years. This year has been particularly amazing for us (sorry to say amazing three times in a row, but it really has been). We successfully shipped another major product family, achieved a $100M bookings run rate, grew from 120 to 330 employees and did it all while achieving positive cash flow. As founders, all three of us plan to stay on as leaders of the business unit and look forward to continue towards our goal of $1B in annual revenue

What makes Meraki special is essentially its mesh networking software and a cloud-based device management platform that makes it easy to monitor and keep a tight control on a WiFi network. It has a more web-centric approach to software, something a company like Cisco sorely needs.

Aruba Networks has been making strong headway in the corporate world because of its ClearPass and Aruba Instant products — that gives it a leg-up against rivals including Cisco. With Meraki, Cisco, now can talk the same game in a business that is growing at breakneck speed, when compared to rest of the networking equipment business. The new tablets have CIOs scratching their heads. Infonetics Research had this to say about the Wi-Fi equipment market:

“Wireless LAN has had a very good run over the last couple of years, even outperforming wired LAN, and the WLAN market is now approaching the $1-billion-per-quarter mark,” notes Matthias Machowinski, directing analyst for enterprise networks and video at Infonetics Research.  ”The world is going wireless, and users expect fast, always-on connectivity no matter where they are. Enterprises need to keep pace with ever-increasing bandwidth demands, and next-gen WLAN gear based on fast 802.11n and soon 802.11ac technologies gives them a reason to upgrade.”

Cisco, a company that has long been associated with enterprise networking, is currently the number one player in this market, but it is not safe in that spot. Its rivals like Aruba Networks are catching up and are much in demand with the all-important corporate market. Hewlett Packard and Motorola are other major players in WiFi equipment business. Cisco had acquired Linksys, a brand associated with WiFi and home networking equipment.

Meraki seems to be a better acquisition for the company, as it is more tightly focused on Cisco’s core markets — corporations, government and educational entities. And as for Meraki, well, it is good to see Biswas and his two co-founders, (CTO John Bickett and VP of Product Management Hans Robertson) finally getting rewarded for their hard work.

Cisco to Acquire Meraki for $1.2 Billion

Cisco Partners to be Invited to Cisco’s Cloud Party