The first 802.11ac Wave 2 access point-Cisco Aironet 1850 Series was introduced last week in the Cisco Live in San Diego. It is the first Access Point to support the latest Wi-Fi standard 802.11ac Wave 2.

The introduction of 802.11ac Wave 2 marks the first time that Wi-Fi has the throughput ability to move beyond the 1Gps barrier. The significance in not only because this is a nice large number but as the adoption of Wave 2 devices grows, Wi-Fi bandwidth will exceed the capacity of the wired infrastructure.

That Cisco Aironet 1850 Series Access Point, due to ship in July, can offer users a data rate of 1.7Gbps using both of the main Wi-Fi frequency bands. It can also transmit to three users at a time so they don’t have to share time on the network. That’s far short of what 11ac Wave 2 will ultimately deliver, with a theoretical speed of 6.8Gbps, but a big step up from Wave 1, which tops out at 1.3Gbps.

The 1850 Series is designed for medium-size customers or the lower end of large enterprises. The size of their deployments and the density of use at their sites isn’t likely to generate more than 2Gbps of uplink traffic through the AP, Cisco said.

The APs will balance the traffic load between the two Gigabit Ethernet ports to take advantage of their combined capacity, Cisco says. However, making that work would require two Ethernet cables out to the AP. 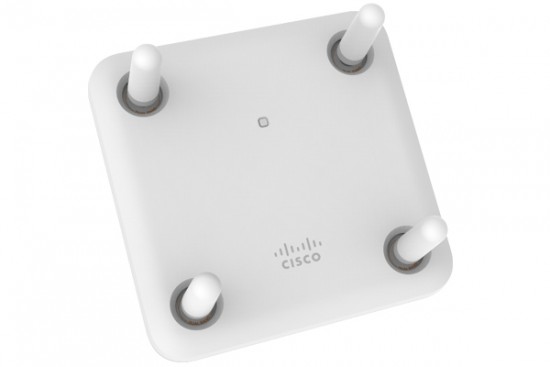 Better Wi-Fi coverage and performance with the latest Wi-Fi technology.

Fast offload to a wired network. 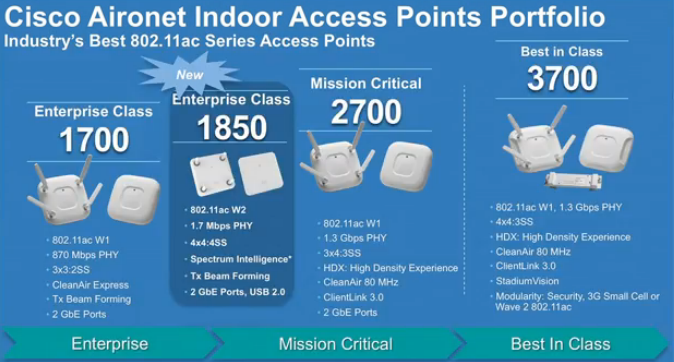