You are here: Home 2013 March 5 Ways ‘Big Data’ is Going to Blow Your Mind and Change Your World

Call it whatever you want—big data, data science, data intelligence—but be prepared to have your mind blown. Imagination and technology are on a collision course that will change the world in profound ways. 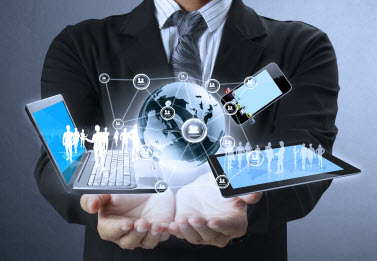 This is because there are small pockets of technologists who are letting their imaginations lead the way. In a suddenly cliché way of saying it, they’re aiming for 10x improvement rather than 10 percent improvement. They can do that because they now have a base set of analytic technologies and techniques that are well positioned to solve, with relatively little effort, whatever data problems are thrown their way.

Here are some themes from our just-concluded Structure: Data conference that I think highlight the promise of data, but also the challenges that lie ahead.

Machine learning is already infiltrating nearly every aspect of our digital lives, but its ultimate promise will only be realized when it becomes more human. That doesn’t necessarily mean making machines think like human brains (although, granted, that’s a vision currently driving billions of research dollars), but just letting people better interact with the systems and models trying to discover the hidden patterns in everything around us.

Whatever shape it takes, the results will be revolutionary. We’ll treat diseases once thought untreatable, tackle difficult socio-economic and cultural issues, and learn to experience the world around in entirely new ways. Maybe that consumer-experience scourge known as advertising might actually become helpful rather than annoying.

That would really be something.

I’m not sure there needs to be a distinction between data science and data intelligence, but the latter does connote a grander goal. It’s about trying to solve meaningful problems rather than just serving ads; about trying to understand why things happen just as well as when they’ll happen. This means learning to work with smaller, messier data than we might like—certainly smaller and messier than the data sets underneath most of the massive web-company data science undertakings.

But just think about being able to go beyond predictive models and into a world of preventative—or even professorial—models. If you know what I like, where I go and who my friends are, it might be fairly easy to predict what I want to buy. Figuring out how my decision to buy something might affect my overall well-being and then telling me why? That’s a little more difficult and a lot more beneficial.

Have you ever looked at a chart and wondered what the heck it was supposed to be telling you? Or downloaded a report of your Facebook activity only to ask yourself if all the disparate data points come together to paint a bigger picture? Or tried—and failed—to stop a terrorist before his movement to recruit an army of followers gained critical mass?

A big problem with a lot data analysis right now is that it still treats data points as entities unto themselves, largely disconnected from those around them. However, data needs context in order to be really useful; it’s context that turns disparate data points into a story. Don’t just tell me how many steps I took today or the time of day I’m most active on Facebook, but tell me how that relates to the rest of my life.

And don’t just tell me that someone said he wants to kill Americans. Rather, tell me a story about how much more frequently he’s saying it and how much more inciteful his words are becoming.

The Internet of Things Knows All

The mobile phone in your pocket is tracking your every movement and can also monitor the sounds that are surrounding you. That fitness tracker you’re wearing is identifying you by how you walk. Your smart meter data shows when you’re home, when you’re away and when you’re in the shower. Sensors in everything from toothbrushes to cars are quantifying every aspect of our lives.

This volume of data can still be a lot to deal with in terms of its volume, velocity and variety, and we’re still not quite sure what to do with it even if the right tools were in place. But all sorts of entrepreneurs, powerful institutions and intelligence agents have ideas. The technological pieces are coming along nicely, too. Just sayin’ …

The semantic web lives on; only it’s spreading well beyond our search engines and even our web browsers. Soon enough, we’ll be able to surface relevant content and people simply by highlighting passage of text in whatever we’re reading—web page or not—on any type of device. When we speak to our devices, they’ll not only know what we’re saying, but also what we really want even without the help of specific commands or keywords.

That’s a powerful proposition in a world where we increasingly expect our interactions to be hands-free and our answers to come as fast as our questions. Of course, what’s powerful in the hands of consumers driving in their cars or sitting on their couches is even more powerful in the hands of doctors trying to diagnose difficult diseases or aid workers trying lend a helping hand in places where they don’t know the customs or even speak the language.