It provides an easier way of explaining how to connect to the system for common tasks without the pain of having to know to know complex intimidating techniques.

The bellow section will guide you step by step through configuring and administering a simple Cisco ASA installation including common configurations like: 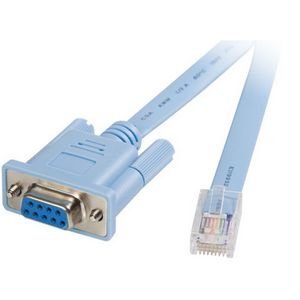 Connection to the device

Before you can perform the initial configuration of the Cisco ASA you must establish a serial console connection to it. Terminal emulation communication software (Hyper Terminal or equivalent).

To establish a serial console connection, set your terminal emulation communication software to operate with the following settings 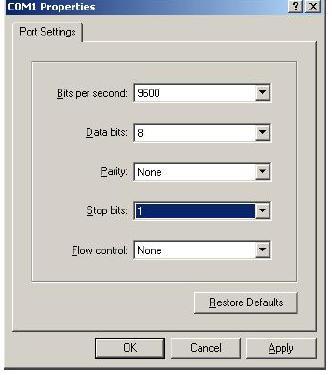 Then you need to copy the latest release of the cisco IOS software for the appropriate appliance version from the TFTP server (usually your laptop’s ip address here depicted as 192.168.1.100 running a TFTP server that can be downloaded here)

Then you you need to configure the ASDM gui management interface of the ASA .Bear in mind once the image file is copied to the flash of the device you also need to enable the http server and enable who is able to access the service

! the bellow command is used to enable default routing on the ASA device using 196.15.131.201 as the default destination to send its traffic to

The natting feature is basically used on the Cisco ASA as measure of protecting your private network addresses when they are accessing the internet.Its achieved by the bellow commands

The bellow Section Describes natting order of operation in more detail.Cisco ASA natting is considered one of the most complicated and challenging subjects .If it looks intimidating thats because it is .If you require some assistance with that you can always contact us for more info.

The security appliance matches real addresses to NAT commands in the following order:

1. NAT exemption (nat 0 access-list)—In order, until the first match. Identity NAT is not included in this category; it is included in the regular static NAT or regular NAT category. We do not recommend overlapping addresses in NAT exemption statements because unexpected results can occur.

2. Static NAT and Static PAT (regular and policy) (static)—In order, until the first match. Static identity NAT is included in this category.

4. Regular dynamic NAT (nat)—Best match. Regular identity NAT is included in this category. The order of the NAT commands does not matter; the NAT statement that best matches the real address is used. For example, you can create a general statement to translate all addresses (0.0.0.0) on an interface. If you want to translate a subset of your network (10.1.1.1) to a different address, then you can create a statement to translate only 10.1.1.1. When 10.1.1.1 makes a connection, the specific statement for 10.1.1.1 is used because it matches the real address best. We do not recommend using overlapping statements; they use more memory and can slow the performance of the security appliance.

Then you you need to configure some access lists allowing certain hosts to access resources on the internet or other connected interfaces on the firewall.Then assign and apply that access group to the inside interface

access-list inside extended permit ip any any

access-group inside in interface inside

After that’s done you have configured the basic settings on your ASA device .The bellow settings are recommended in order to troubleshoot simple connectivity and other issues you may encounter on the asa device by the ways of logging .The logging functionality on the ASA is extensive and is unparalleled in troubleshooting usefulness in determining where the problem lies .

Viewing the logs on the Cisco ASA appliance