You are here: Home 2013 April Make Our Network Green, Love Our Earth

Earth Day is observed on April 22 each year, which reminds us of protecting our world in every way we can do. Nowadays, we hardly live without modern technology, electrical energy, natural gas, coal, petrol, renewable energy sources and non-renewable energy resources, etc. even most organizations and enterprises hardly work without network. So when Earth Day of 2013 is approaching, what we can do for our earth as a netizen? Here we will list some tips to make your green networking.

Firstly let’s get to know what green networking is.

Green networking is the practice of selecting energy-efficient networking products and technologies, and minimizing resource use whenever possible.

Although investing in green networking may require an initial cash outlay, the products and practices involved typically save money once put in place. 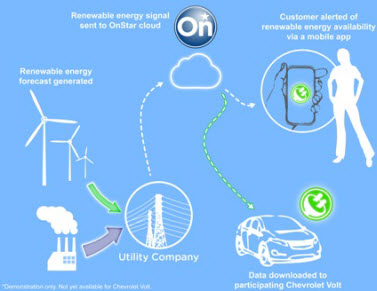 It is more important than ever to make sure your network and datacentre is running efficiently as part of a green networking strategy to cut hardware and software costs, save on power and contribute to corporate environmental policies.

Organisations can improve their power efficiency through taking out redundant networking equipment that draws power. There is also now the option of turning to cloud-based applications and networking deployments to cut energy consumption.

Companies that can afford it can also replace their networking routers and switches with more power-efficient hardware.

Steve Salmon, principal advisor at KPMG’s CIO Advisory practice, says green IT must make financial sense for organisations. He says legacy environments are already being made as efficient as possible through virtualisation technologies, such as increasing server processing capacity use from below 10% to 75% and over.

Salmon says: “It can be easy for organisations to claim improved ‘IT greenness’ but how many are simply achieving this by outsourcing the problem?

“In many cases current reporting requirements do not require this to be factored into the equation, but this is likely to change. If and when it does, organisations may find themselves back to square one.”

Supply chain transparency is a key element in evaluating true green IT credentials, says Salmon, which is also a big challenge for outsourcers.

In one case, a KPMG client wanted to understand the carbon impact of procuring WAN (wide area network) services from an international telco, and how that organisation planned to reduce impact over time.

This was a virtual environment, with networks being shared by multiple clients across a number of providers. “It was a tough ask that couldn’t, at the time, be answered by the vendor,” says Salmon.

Brian Murray, principal consultant at IT consultancy 2e2, says firms must first monitor and understand their energy use if they want to better manage costs and performance when moving towards green networking.

However, research from 2e2 has shown that 70 percent of IT departments don’t know how much energy their datacenter used. “Without this knowledge actually attempting to reduce energy bills and become greener will be difficult, if not futile,” says Murray.

Once organizations have a full overview of where energy is being used, from switches to servers, and how much it is costing them, they need to find ways to bring it under control. But Murray warns that immediately ripping out existing equipment may not be the most energy-efficient way to proceed.

Organizations should first make sure they are using the datacenter management resources they already have to their best potential. They should then manage their assets so that equipment is replaced with more environmentally-friendly alternatives as it is retired. “This ensures a smooth and affordable progression without affecting the datacenter’s performance,” he says.

Murray Sherwood, managing director for worldwide professional services at Fusion Business Solutions, says that, until recently, many organisations emphasized redundancy to improve network availability in the event of component failures, through back-up equipment.

Such equipment uses large amounts of energy even while not being used and in some cases fails anyway – just as it did in last year’s worldwide BlackBerry network outage.

Sherwood says: “Now, with the availability of more robust networks, redundancy has become built-in to such an extent that there is a good case for not implementing huge amounts of back-up equipment.”

In the BlackBerry outage it wasn’t so much the failure of the back-up equipment that was the problem, but the fact BlackBerry network owner RIM did not have an alternative network route for the international data traffic stuck in its UK datacentre.

Although network kit is now more reliable, firms must make sure they have an alternative traffic route to avoid outages.

Organizations using the cloud should be able to benefit from more efficient and greener network equipment used by their suppliers, while at the same time those providers will often have alternative network routes planned for their customers’ data if a connection failure happens.

“Cloud can arguably reduce carbon consumption overall because applications are run in a dedicated environment and with a more sophisticated datacentre infrastructure,” says Sherwood.

KPMG’s Salmon agrees, up to a point. He says: “On the surface outsourcing appropriate infrastructure and application services to cloud providers can provide consumers with an optimal green IT footprint.”

If the providers’ services meet the cloud characteristics of pay-per-use and on-demand capacity, then the consumer will only pay for the storage, compute and application service provision they use. Their carbon footprint should be reduced accordingly.

But Salmon says efficiency comes down to the design and operation of cloud datacentres and the capability of the suppliers to provide this level of detail in reporting to consumers. “The cloud providers are lagging behind in many cases”, warns Salmon.

Power usage effectiveness (PUE) is a metric used to determine the energy efficiency of a datacentre, and is increasingly being considered by firms looking to improve their own datacentres or finding an outsourced facility.

PUE is determined by dividing the total amount of power used in a datacentre by the power used to run the computer infrastructure within it, after taking account of cooling, lighting and other energy factors. PUE is therefore expressed as a ratio, with overall efficiency improving as it decreases towards 1.

The current PUE industry average is around 1.8 according to some estimates, so there remains a long way to go for some datacentres. PUE was created by industry body Green Grid, which focuses on finding energy-efficient datacentre systems.

Sentrum, a datacentre operator, recently published a survey of 100 senior IT executives involved in their firm’s datacentres. Most say PUE is now an important factor in running their own datacentre or choosing external datacentre capacity.

The survey found 62% of the companies surveyed are now measuring the PUE of their datacentre projects, with 72% setting targets for power usage and associated power cost reductions.

—Review and source reference from computerweekly.com

Welcome to share your story of green networking. Let’s make our network green! Love our life, love our world, and love our future, Earth Day everyday.