This week Cisco has patched 8 vulnerabilities that could impact the availability of devices using various versions of its IOS software.

IOS is a multitasking operating system that combines networking and telecommunications functions and is used on many of the company’s networking devices.

All of the patched vulnerabilities can impact a device’s availability if exploited. They affect Cisco IOS implementations of the Network Time 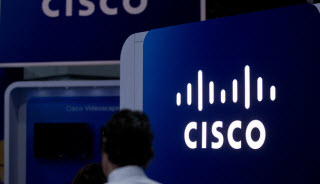 These vulnerabilities can be exploited by remote, unauthenticated attackers by sending specifically crafted packets over the network to IOS devices that have the affected features enabled.

Depending on the targeted vulnerability, attackers can cause the affected devices to hang, reload, lose connection, lose their ability to route connections or trigger other types of denial-of-service (DoS) conditions.

Workarounds for the NTP, ZBFW, T1/E1 driver queue and RSVP flaws are available and are described in the corresponding security advisories released by Cisco this week. To mitigate the other vulnerabilities, users will have to install patched versions of the IOS software, depending on which versions their devices already use.

“The effectiveness of any workaround or fix depends on specific customer situations, such as product mix, network topology, traffic behavior, and organizational mission,” Cisco said. “Because of the variety of affected products and releases, customers should consult their service providers or support organizations to ensure that any applied workaround or fix is the most appropriate in the intended network before it is deployed.”

The company is not aware of any malicious exploitation or detailed public disclosure of these vulnerabilities. They were discovered during internal security reviews or while troubleshooting customer service reports.

All of the updates are available on Cisco’s Security Advisories, Responses and Notices page and those deploying the updates are being asked to review their software before patching them to make sure their current configurations will continue to be supported.

Cisco IOS is run on millions of machines globally and is essentially a collection of routers, switches and functions that rely on the company’s networking system.

How to Set up NAT Using the Cisco IOS?