The ASA 5500-X Series was redesigned to address higher performance requirements and increase flexibility when adding new services while maintaining the compact 1-RU form factor. Customers migrating from ASA 5500 Series platforms need to consider these changes at the time of migration to the newer hardware. In this article it describes the best practices to follow while migrating to the new ASA 5500-X Series midrange appliances. 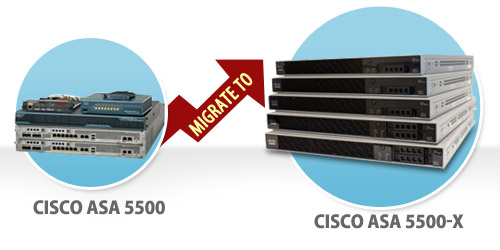 The Cisco ASA 5500-X Series is designed to support next-generation security services while meeting the higher performance requirements of today’s networks. It is based on a multicore, 64-bit architecture and uses separate dedicated multicore chipsets for crypto and pattern matching operations. Hardware and software changes have been introduced without sacrificing the compact form factor. 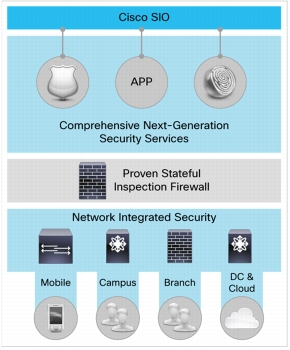 The Cisco ASA 5500 Series portfolio comprises four platforms that are based on a single-CPU, 32-bit architecture. Due to architectural limitations, they are not capable of supporting next-generation security services. The table lists the suggested hardware migration path to the ASA 5500-X Series. Suggested sizing approach is a conservative estimate.

Software support for the Cisco ASA 5500-X Series is available in ASA Software Release 8.6 and later. Earlier ASA Software releases will fail to load on the new appliances.

Planning for a Successful Migration

To ease the migration process, the following pre-migration checks should be performed to meet the minimum hardware and software requirements.

• Licenses do not migrate automatically. All required licenses should be acquired and applied to the new appliance before starting the migration process.

• ASA 5500-X Series appliances requires ASA Software Release 8.6 or later. They do not support earlier software versions. The new appliance should be loaded with the latest ASA Software release available on Cisco.com.

• Back up the configuration from the existing ASA 5500 Series appliance on a remote machine. This can be done using the CLI `copy’ command or using Cisco Adaptive Security Device Manager (ASDM).

• If the IPS Security Services Module (SSM) is present, back up the IPS configuration using IDM/IME or the CLI.

• During configuration backup, make sure to export certificates and keys from the old platform for reuse.

Cisco ASA feature licenses are linked to the hardware serial number. License information is not included in the configuration; as a result, licenses do not migrate when a configuration is moved from an older appliance to a newer one. All requisite licenses currently in use on an older ASA 5500 Series appliance should be acquired for the new ASA 5500-X Series appliance before proceeding with the migration process.

ASA 5500 Series appliances should be upgraded to ASA Software Release 8.4.2 before attempting migration to the ASA 5500-X Series. Upgrade steps are explained in detail at https://www.cisco.com/en/US/docs/security/asa/asa83/upgrading/migrating.html.

Offline upgrade of ASA 5500 Series appliances to ASA Software Release 8.4 is possible using an internal migration tool hosted at https://gypsy.cisco.com/migration.html. More information on this tool is provided in the next section.

What Things to be Considered While Upgrading ASA 5500 Series?

Cisco ASA Firewall can be used as a Router?

The Way to Activate Your Cisco ASA 5500