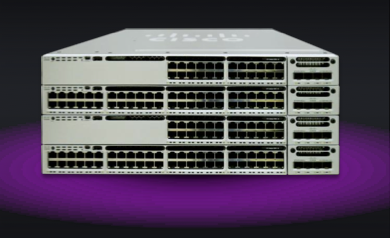 You can boot and run the Cisco IOS XE Software on the Cisco Catalyst 3850 Switch in either of two modes: Install mode (recommended mode of operation) and Bundle mode

By default, the Cisco 3850 switches are shipped in Install mode.

Install Mode: Install mode is where we pre-extract the .bin file in the flash and boot the witch/stack using the packages.conf file created during the extraction.

Note: Install mode is the recommended mode of running the switch. Not all features may be available in this Bundle mode. IOS XE installation and software rollback are supported only when the switch is running in “Install” mode. (i.e.: The commands “software install” and “software rollback”.)

Use “software expand” command to convert the switch into Install mode from Bundle mode.

How to Upgrade a Stand-alone Switch?

The packages and provisioning file used to boot in installed mode must reside in the flash.

Booting in installed mode from usbflash0: or TFTP is not supported.

Booting a bundle in bundle mode is just like booting a monolithic IOS image.

Before doing the upgrade, we need to check the mode in which the switch is currently booted in.

By default, switches are shipped in Install mode.

In order to upgrade the switch from Install mode, please follow the below-mentioned procedure.

1. Download the new image from the TFTP server to the flash / USB on the switch. (optional)

2. Use the command “software install” to install the newly downloaded image (or) the image present in the network.

The source can be

Refer to the configuration guide to know about the other optional parameters of this command,

Once the installation is completed, reload the switch and it will boot into the newly installed IOS XE image.

If the switch is currently running in “Bundle” mode, then we need to use the “software expand” command to convert the switch into the Install mode first and then install the new IOS XE.

The ‘software expand’ exec command is used to extract the package files and the provisioning file (packages.conf) from a source bundle (possibly the running bundle) and copy them to the specified destination directory in a local storage device.

This command will typically be used to convert from the bundle running mode to the installed running mode.

This example uses the following steps to prepare a switch for booting in installed mode, i.e., booting a package provisioning file (packages.conf)

Can also boot from usbflash0: or via tftp

The ‘software rollback’ exec command can be used to revert to a previous version of the installed software package set (i.e., an older packages.conf file)

Note:  If the ‘software clean’ command is used, future attempts to do a software rollback are likely to fail