The VSS–Cisco Virtual Switching System is a clustering technology that pools two Cisco Catalyst 4500-E Series Switches with Cisco Catalyst Supervisor Engine 7-E or 7-LE or two Catalyst 4500-X Series Switches into a single virtual switch. In a VSS, the data plane of both clustered switches is active at the same time in both chassis. VSS members are connected by virtual switch links (VSLs) using standard Gigabit or 10 Gigabit Ethernet connections between the VSS members. VSLs can carry regular user traffic in addition to the control plane communication between the VSS members.

While a similar technology (Multi-Chassis Etherchannel, MEC) exists in Nexus datacenter switches known as vPC, the Nexus switches only appear to other adjacent switches as one switch across L2 links while maintaining two separate control planes and management points. VSS actually does a better job of emulating a single switch with one active, and one (or more) standby control plane allowing it to fully support a dual-homed L3 routed link. If you are familiar with Cisco Stackwise technology in 3750/3850 switches, VSS is probably more comparable to those except VSS only supports up to two switches and instead of using Stackwise cables, it uses multiple 10G links for interconnecting switches (i.e. VSL).

Physical vs. Logical Topology in a VSS Configuration

Before finishing VSS configuration for Cisco 4500 series switches, you need to know the basic requirement.

Only Enhanced PAgP used to be supported but, as of 3.5.0E, Fast Hello is made available.  EPAgP requires a downstream switch that is EPAgP-capable, which is sometime hard to find. Here we choose to use Fast Hello, although more than one method can be configured.

Also, you can read the Cisco 4500 VSS Requirement-Software, Hardware and Licensing

Make sure all cabling between two switches are completed before proceeding

1. Configure virtual domain then save config 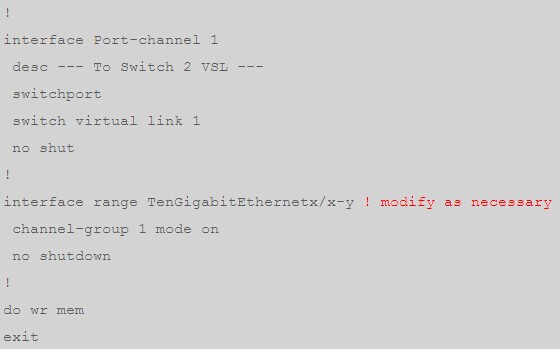 3. Convert switch to VSS mode. Confirm and switch will reload

1. Configure virtual domain then save config 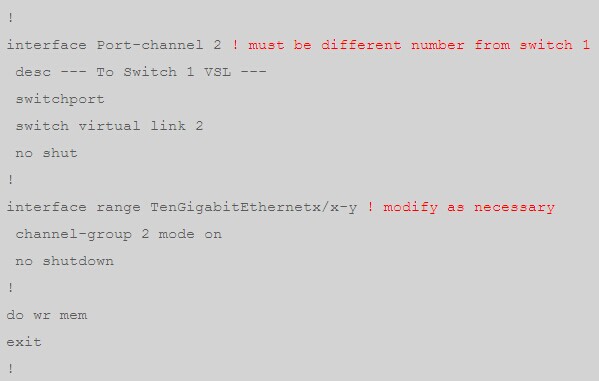 3. Convert switch to VSS mode. Confirm and switch will reload

On the active switch 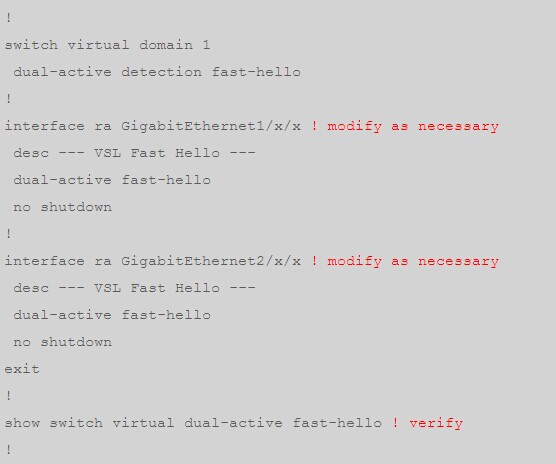