We talked about the new Cisco ASA 5506-X a lot before. And users like to discuss about this replacement of the old ASA 5505 series. No matter what’s your experience with the ASA 5506-X, it’s popular now. In this article we will mainly share more info and start guide of the ASA 5506W-X.

The access point includes an autonomous Cisco IOS image, which enables individual device management. You can install the lightweight image if you want to add the ASA 5506W-X to a Cisco Unified Wireless Network and use a wireless LAN controller.

This ASA is a smaller form-factor chassis, intended primarily for desktop or wall-mounting, although one or two can be mounted in a single rack shelf.

The ASA has a standard 1 RU chassis.

Caution Here: Do not stack the ASA chassis on top of another ASA chassis. If you stack the units, they will overheat, which causes the units to power cycle. 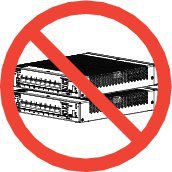 The ASA 5506W-X has the following processor features:

The ASA 5506W-X is configured with four single-band, inverted-F antennas (two 2.4-GHz and two 5-GHz), which are evenly spaced inside the top of the chassis. Peak gains are approximately 3 dBi in the 2.4-GHz band and 5 dBi in the 5-GHz band.

By the Way, ASA 5506H-X Features: The ASA 5506H-X is a hardened version of the 5506-X with a ruggedized chassis, power supply, SSD, and four ports instead of eight. It is ruggedized because it supports a much wider industrial operational temperature range (-20C to 60C), meets the harsh EMI and environmental criteria for the IEC1613 and IEC 61850-3 power substation standards, and meets IEC60529 IP40 for ingress protection.

The following figure shows the package contents for the ASA 5506-X and ASA 5506W-X.

Note: The contents are subject to change and your exact contents might contain additional or fewer items.

The figure2 shows the package contents for the ASA 5506H-X. 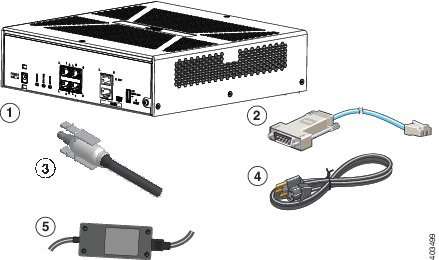 Note that there are no connectors or LEDs on the front panel.

The following figure shows the rear panel of the ASA 5506-X.

The 5506W-X has an identical rear panel.

The following figure shows the rear panel of the 5506H-X. 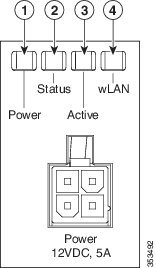 Facing the rear of the ASA 5506H-X the status lights, are located on the bottom left of the chassis. The network port lights are at the top sides of each network port. See Rear Panel for more information.

There are eight 10/100/1000 baseT Ethernet network ports on the ASA 5506-X and ASA 5506W-X. Each RJ-45 (8P8C) copper port supports auto MDI/X as well as auto-negotiation for interface speed, duplex, and other negotiated parameters, and are MDI/MDIX compliant.

In addition, the ASA 5506W-X has a Gigabit Ethernet 1/9 port that is internal and connects to the WLAN module.

The ASA 5506H-X has four 10/100/1000 baseT Ethernet network ports. Each RJ-45 (8P8C) copper port supports auto MDI/X as well as auto-negotiation for interface speed, duplex, and other negotiated parameters, and are MDI/MDIX compliant.

In addition, the AP module inside the ASA 5506W-X has a console port, which is accessible by sessioning to the module’s console via the session wlan console command in the ASA CLI.

Internal and External Flash Storage: The ASA contains one internal USB flash drive and a standard USB Type A port that you can use to attach an external device. The USB port can provide output power of 5 volts, up to a maximum of 500 mA (5 USB power units).

Internal USB Device: An embedded eUSB device is used as the internal flash; it is identified as disk0.

You can use the external Type A USB port to attach a data-storage device. The external USB drive identifier is disk1. When the ASA is powered on, a connected USB drive is mounted as disk1 and is available for you to use. Additionally, the file-system commands that are available to disk0 are also available to disk1, including copy, format, delete, mkdir, pwd, cd, and so on.

If you insert a USB drive with more than one partition, only the first partition is mounted.

The ASA only supports FAT-32-formatted file systems for the internal eUSB and external USB drives. If you insert an external USB drive that is not in FAT-32 format, the system mounting process fails, and you receive an error message. You can enter the command format disk1: to format the partition to FAT-32 and mount the partition to disk1 again; however, data might be lost.

The ASA 5506-X and ASA 5506W-X ship with an SSD installed that provides storage support. The SSD has 50 GB of useable space and is not field-replaceable. You must return the entire ASA to Cisco for drive replacement. The SSD is used by the software; there is no user access to the SSD.

The ASA 5506H-X ships with a ruggedized SSD installed that provides storage support. The SSD is an industrial-rated part so that it operates over the extended temperature range that the ASA 5506H-X supports. The SSD has 50 GB of useable space and is not field-replaceable. You must return the entire ASA to Cisco for drive replacement. The SSD is used by the software; there is no user access to the SSD.

The ASA 5506H-X ships with a ruggedized 5V-5.3V barrel power supply that provides 22 W. The power supply supports an extended temperature range of -25°C to 60°C.