We talked about the new models of Cisco ASA with FirePOWER services: the ASA 5508-X and 5516-X.

Firstly, let’s have a look at the package contents of the chassis.

Note: The contents are subject to change, and your exact contents might contain additional or fewer items. 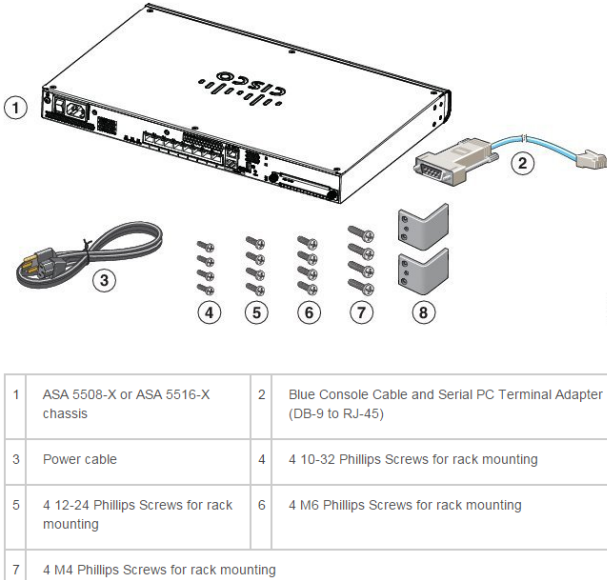 Note: You must use a separate inside switch in your deployment.

The default configuration enables the above network deployment with the following behavior.

■ inside–> outside traffic flow

■ outside IP address from DHCP

■ DHCP for clients on inside

Note: If you want to deploy a separate router on the inside network, then you can route between management and inside. In this case, you can manage both the ASA and ASA FirePOWER module on Management 1/1 with the appropriate configuration changes. 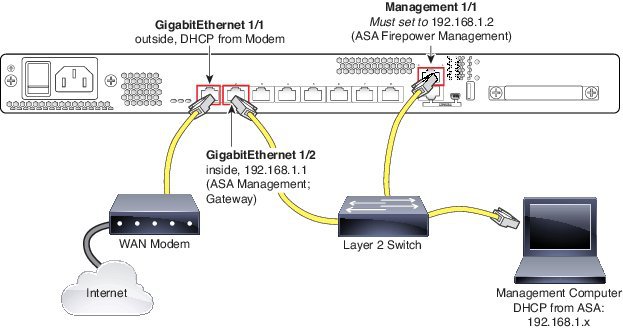 1. Cable the following to a Layer 2 Ethernet switch:

Note: You can connect inside and management on the same network because the management interface acts like a separate device that belongs only to the ASA Firepower module.

2. Connect the GigabitEthernet 1/1 (outside) interface to your WAN device, for example, your cable modem.

Note: If the cable modem supplies an outside IP address that is on 192.168.1.0/24, then you must change the ASA configuration to use a different IP address.

More related information about the Cisco ASA 5508-X and ASA 5516-X such as Power on the ASA, Launch ASDM, and Configure the ASA FirePOWER Module, etc. you can read the full document